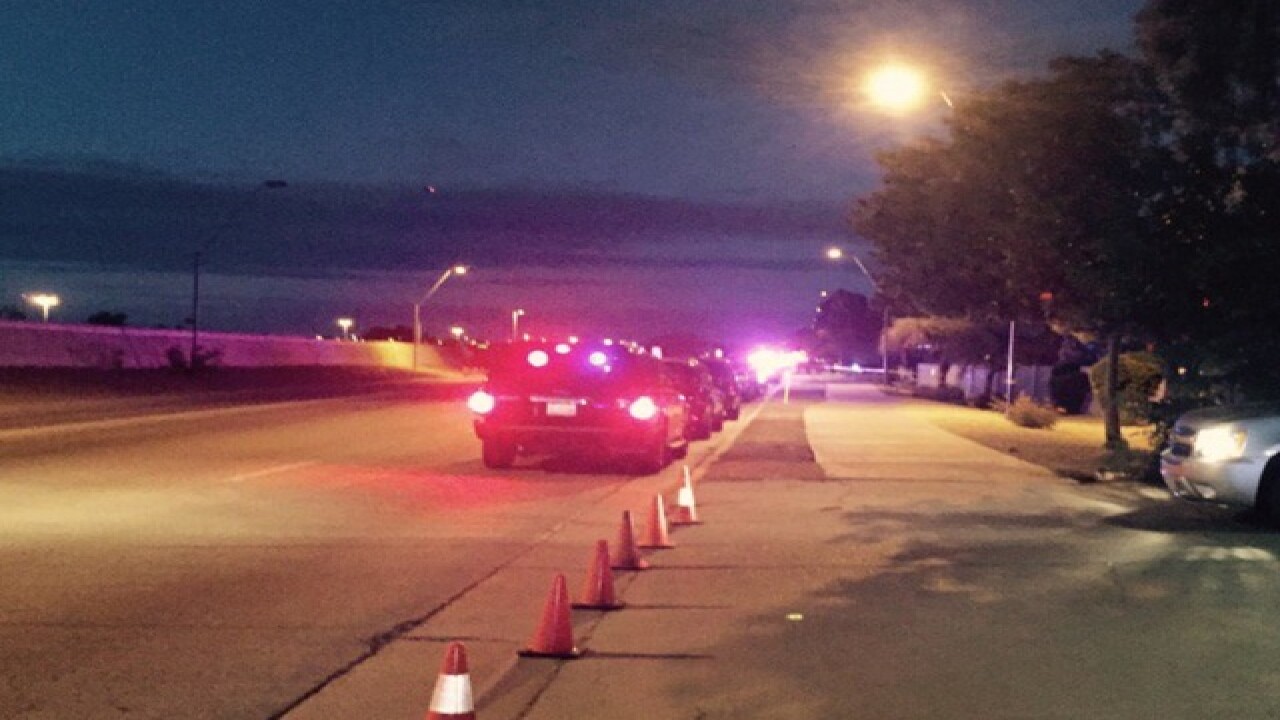 A deputy with the Maricopa County Sheriff's Office was shot on Saturday morning while finishing up a traffic stop in Tempe.

According to the Tempe Police Department, a deputy with the MCSO DUI task force was completing a traffic stop with a man in a car at Price Road and University around 2 a.m. when another vehicle, not connected to the stop, drove up behind the deputy and opened fire.

"He was struck in the lower part of his body," Tempe Police Department Lieutenant Noah Johnson said. "He's stable and appears to be okay."

The deputy, who is a 10 year veteran, was taken to the Scottsdale Osborn Medical Center where he was underwent surgery.

MCSO deputy was shot while on a traffic stop, Loop 101 south of University. Deputy has non-life threatening injuries.

Great news, Sheriff Deputy who was shot this morning is in stable condition at the hospital. pic.twitter.com/hyH0mi2EM9

Tempe police also said several shots were fired at the deputy, and MCSO confirms the deputy was struck multiple times.

"We do know that this person who fired the rounds knew this was law enforcement," MCSO Deputy Joaquin Enriquez said. "The vehicle was activated with red and blue lights, it was a traffic stop clearly, so he knew what he was doing as he fired at the deputy."

The suspect(s) drove off southbound on Price Road.

"He was just finishing it and ready to let the folks go," Johnson said regarding the officer's traffic stop who was working the Cinco de Mayo DUI task force.

"As far as why, we don't have a motive," Enriquez said.

Police are looking for a late 80s or 90s silver Cadillac. It's not clear how many people were involved in the shooting. There's also no description available of the suspect(s).

"We're canvassing the area, we got the Sheriff's helicopter up, Tempe PD responded and are helping us as well along with neighboring agencies," Enriquez said. "A silver Cadillac is all we have, I know it's very vague, but if the public knows anything we need to hear from them."
Sheriff Arpaio tweeted out that "the war on cops continues" prior to visiting the injured deputy in the hospital. Outside the hospital, Arpaio spoke to the media outside of the hospital where he said, "Fortunately, it was not worse, it could have been much worse."
"I don't want to call him a scumbag or a coward," he said about the suspect, who is still at large. "But I would like him to surrender, face the music, be a man."
He said the deputy is in good spirit and will be okay.

Price at University will be closed for several hours as MCSO investigates.

@TempePolice helping MCSO look for suspect who shot one of their deputies. Deputy is expected to recover.

@TempePolice suspect vehicle in MCSO deputy shooting is 80s-90s silver Cadillac. Call MCSO if you have any information.