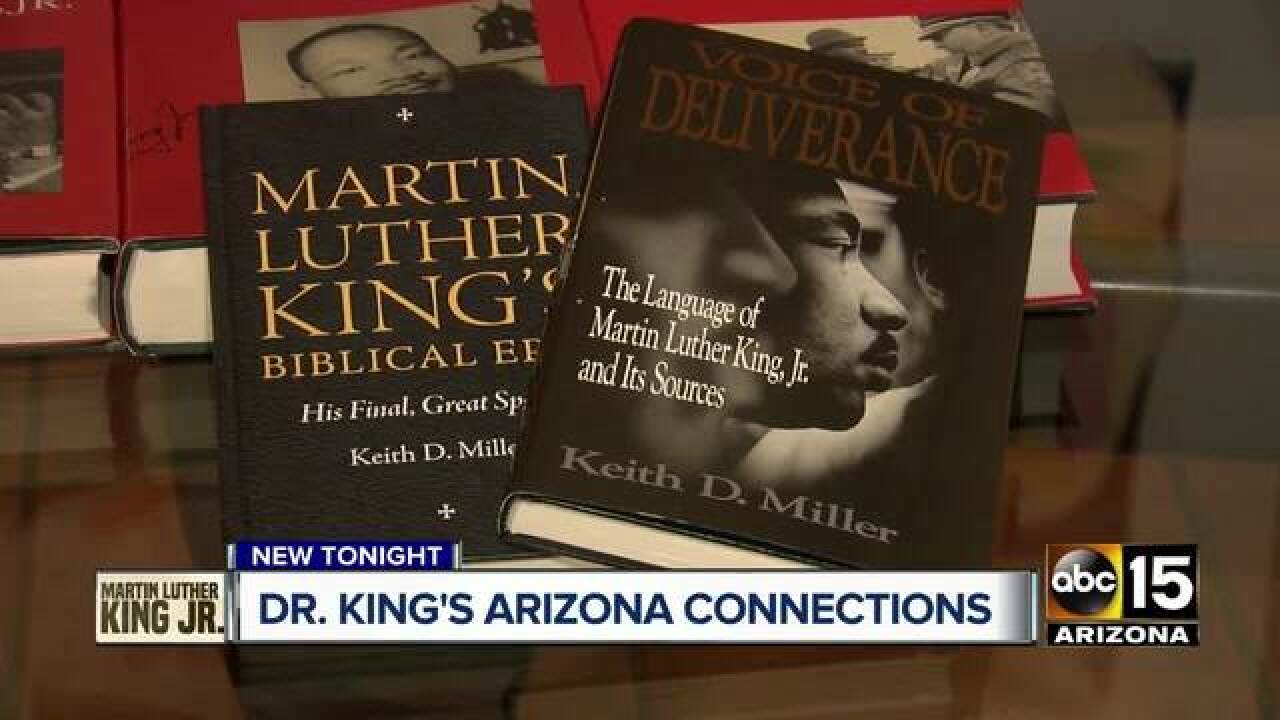 It’s been nearly fifty years since his death, and the impact Dr. Martin Luther King, Jr. had on the civil rights movement is undeniable in this country. As it turns out, he also had a significant impact on Arizona.

In 1964, Dr. King delivered a historic speech in front of thousands on campus at Arizona State University. Dr. King came to the Valley just one month before the passage of the Civil Rights Act of 1964.

Miller even saw Dr. King speak when he was a little boy.

And in 1964, it took a bold move to bring Dr. King to ASU to speak and endorse the Civil Rights Act. At the time, Sen. Barry Goldwater did not support it. He'd go on to secure the Republican nomination for president later that year.

"It took some courage from G. Homer Durham to invite King," said Miller.

And that's not the only Arizona connection. According to Dr. Miller, President Lyndon B. Johnson made a deal with Senator Carl Hayden to help pass the Civil Rights Act of 1964.

"That source of water enabled Phoenix to be able to grow into a major metro area," said Miller.