Fear of racism at ASU after community member diagnosed with coronavirus 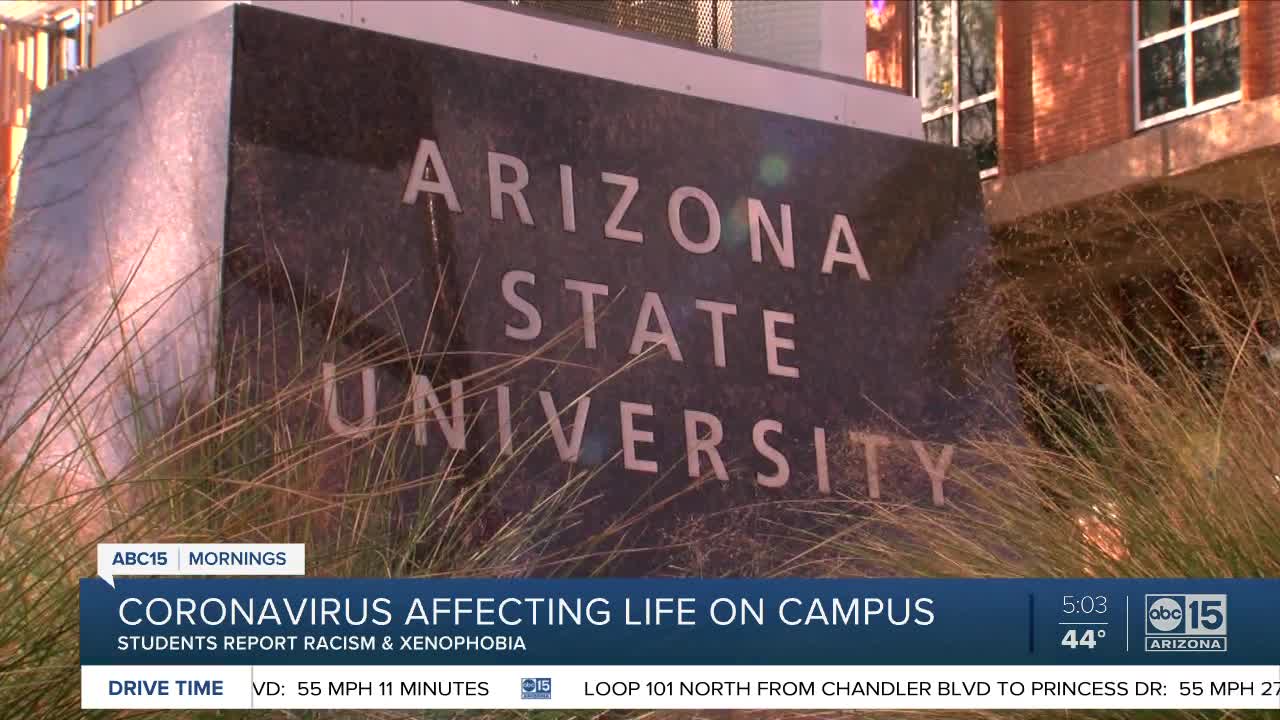 Fear of the spread of coronavirus along with racism is happening at ASU after a member of the community was diagnosed with the disease.

TEMPE, AZ — The coronavirus has become a global public health emergency with more than 1,000 reported deaths in China.

More than a dozen U.S. citizens have been affected by the disease, with one of them in the ASU community.

There is concern around the Tempe, Arizona campus as to whether the disease wiill spread, but also the spread of racism.

ASU officials say some of this comes down to misinformation that's being spread.

In an email sent out on Monday, ASU President Dr. Michael Crow said, "As a caring community we want to diminish the impact of misinformation and reduce the anxiety, fear and trepidation that accompany it. Uninformed and at times emotional reactions work against the values of community, and, at their worst, can quickly become harmful."

She says she's sat down at tables to then have other students get up and leave.

She describes tense and uncomfortable interactions that have continued now for weeks. "I still get those glances or if i cough people, like, freak out. I try not to let it get to me because I know at the end of the day its a lot of misconceptions -- it a lot of like not willing to have those conversations and letting your assumptions and letting your ignorance be the main factors as to how you behave" said Deng.

Only one confirmed case of coronavirus has been reported in the ASU community.