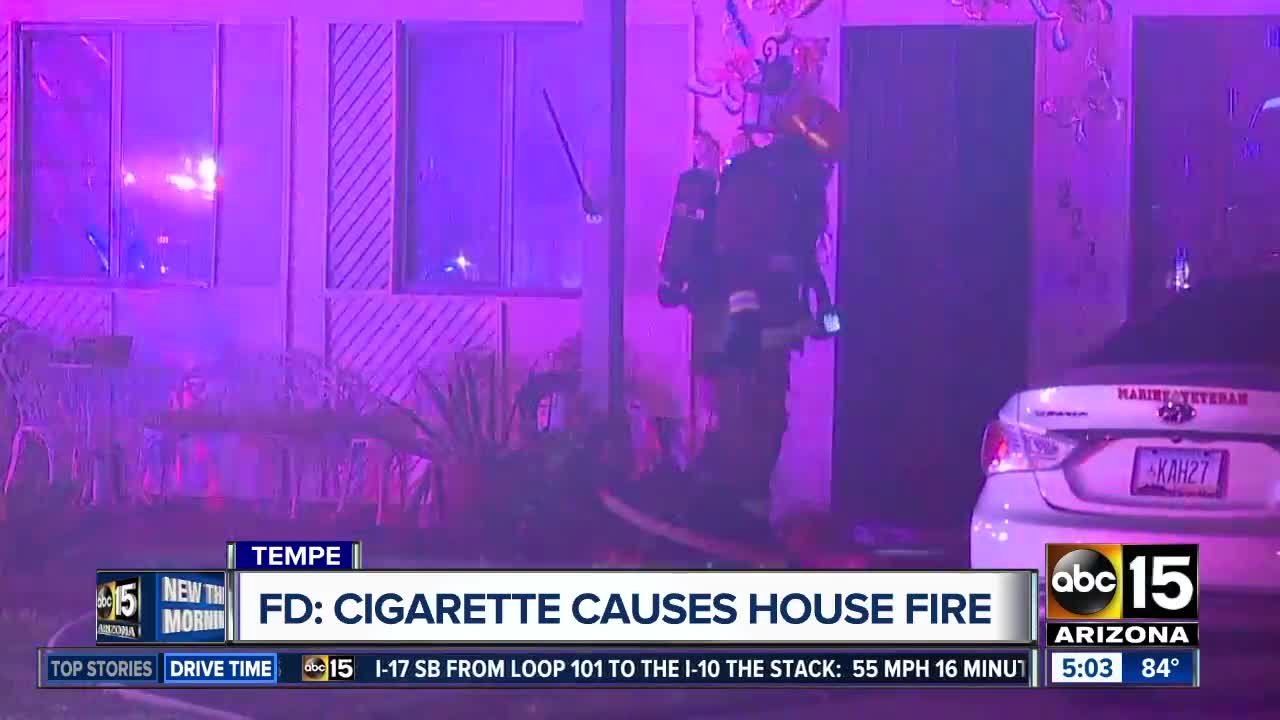 Three people were inside the home, off Riviera Drive, when the fire sparked. The residents had crushed cigarettes in an ash tray, thought the cigarettes were extinguished, and dumped the ashes in a trash bin, firefighters said.

Jimmy Dorsey lives in the home and realized what was happening after stepping into the backyard and seeing the flames.

“I got the water hose and tried to put it out and the fire wouldn’t go out — it just got higher and higher and hotter and hotter,” he told ABC15. “Then I ran in the house, got everybody out and called 911.”

Dorsey and two women, who he said were sleeping inside, were uninjured. Fire officials said the bulk of the fire occurred in the rear and attic of the home.

Firefighters from Tempe, Phoenix and Guadalupe assisted in extinguishing the flames.

Care 7 and the Red Cross are now working to find the residents somewhere else to stay.