Can you really get a DUI on an electric scooter? 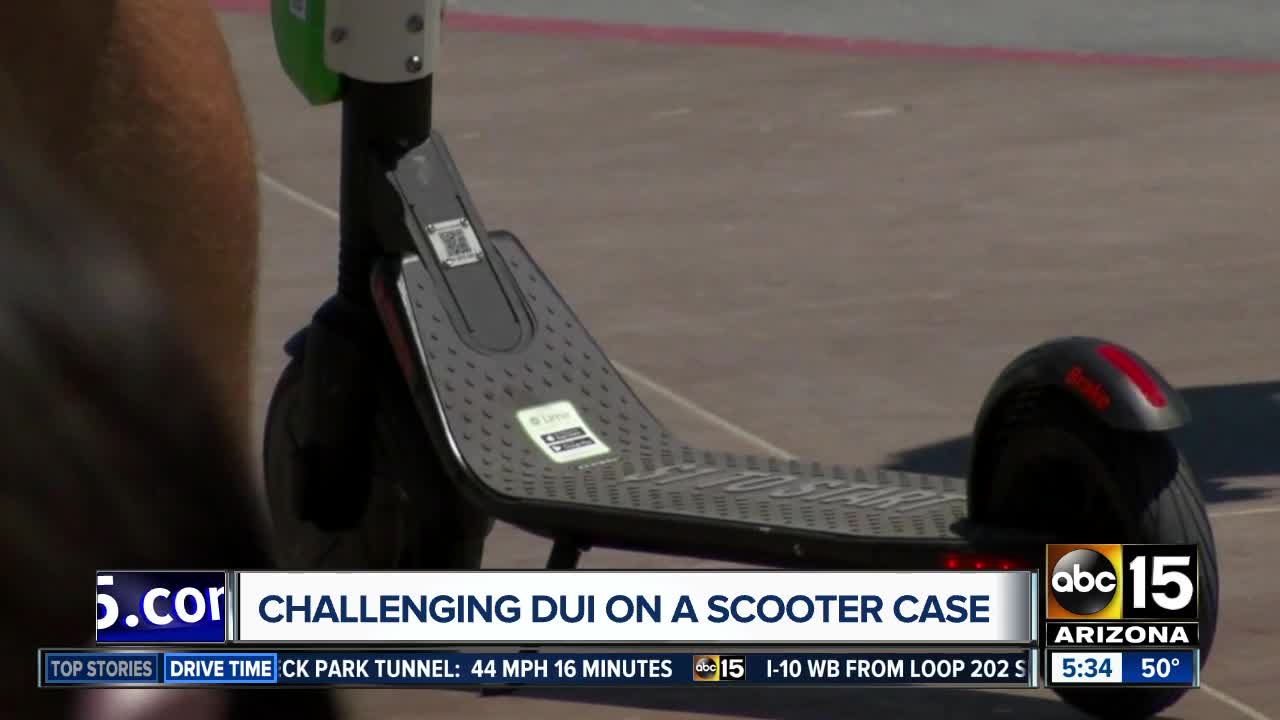 Is there a gray area when it comes to DUIs and scooters?

TEMPE — A Valley attorney is questioning Arizona law while a Tempe man is facing charges for allegedly riding a rentable electric scooter under the influence.

“There’s a real disconnect in the statute and I believe it is unconstitutionally vague as it applies to Bird scooters,” David Cantor, a certified criminal law specialist who leads the DM Cantor law firm, told ABC15. Bird is among companies like Lime and JUMP offering rentable electric scooters in the Valley.

Tempe police are recommending DUI charges against 28-year-old Shelton Begay, who officers said was riding an electric scooter erratically while under the influence and caused a crash in October 2018. Police said Begay’s blood alcohol level was .285, more than three times the legal limit.

Under Arizona Revised Statutes, 28-101, electric bicycles and motorized skateboards are not considered a “motor vehicle.” The only reference to “scooter” appears in the definition of a “motor driven cycle” which Cantor believes was intended for vehicles like a Vespa — not e-scooters.

“This thing is just an electric skateboard with a stick on top of it and a handle,” Cantor said. An electric skateboard is not considered a “motor vehicle” and wouldn’t fall under the same implied consent rules when it comes to police administering a blood or breathe test to determine someone’s blood alcohol level.

While he is not representing Begay, Cantor is planning to file a “friend of the court” brief in his case seeking clarification.

Some cities, including Tempe and Scottsdale, are implementing their own rules when it comes to using rentable electric scooters.

A newly proposed bill, Senate Bill 1398, would clarify the definition of an electric scooter as opposed to a toy scooter, like a Razor, on the state level.