ASU scientist one step closer to finding a cure to cancer 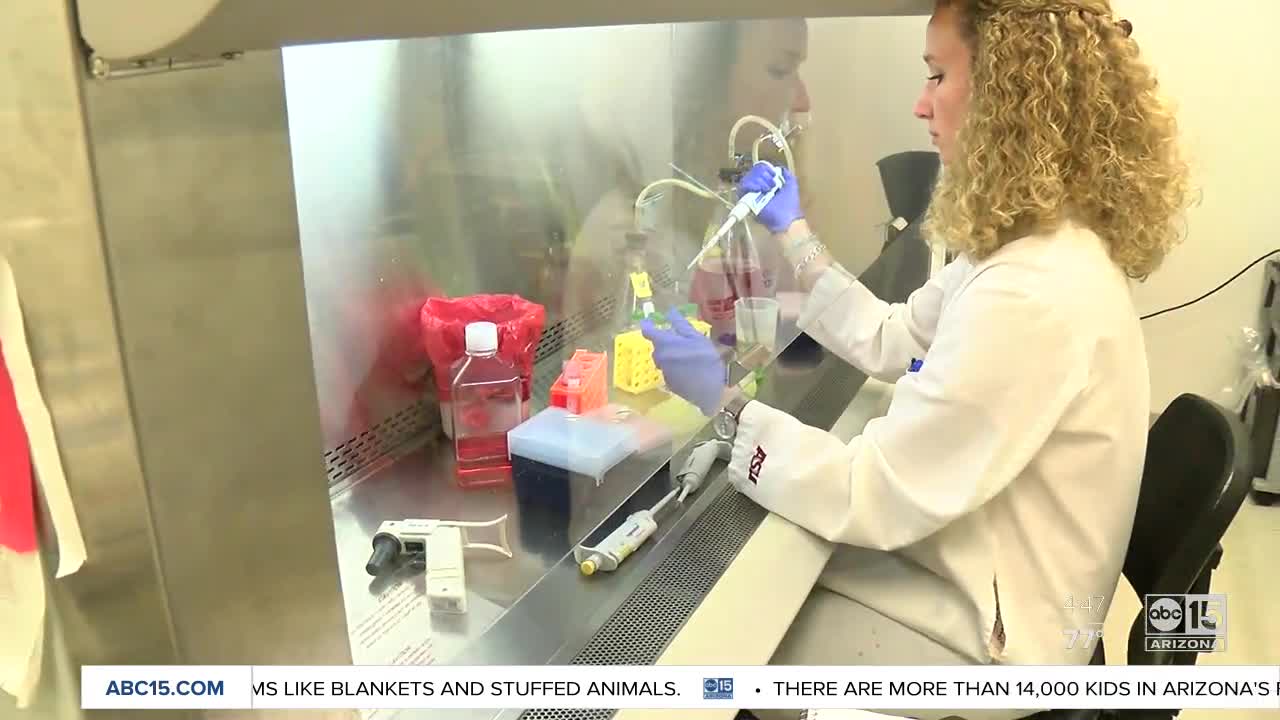 One scientist at Arizona State University is taking his experience with cancer and channeling it to find a cure.

TEMPE, AZ — A cancer diagnosis can change everything in a profound way. It's something many of us have a personal connection to. But one scientist at Arizona State University is taking his experience and channeling it to find a cure.

"This is my brother in law Tommy, he was on a medical mission in Haiti," said Dr. Grant McFadden.

Dr. McFadden has a picture of Tommy hanging in his office that motivates him every day.

"It was horrible to be honest, some cancers are more horrible than others, multiple Myeloma in the terminal stages is really a terrible cancer," said McFadden.

Tommy died after fighting Multiple myeloma for years. A cancer that affects more than 200,000 Americans every year. Treatment like radiation and Chemotherapy prolonged his life but in the end, the cancer took it anyways.

"I think it serves as a personal motivation," said McFadden who is also a cancer survivor.

McFadden is leading a team at The Biodesign Institute at ASU that could finally give hope to people like Tommy suffering from Multiple myeloma.

It starts with his study of a deadly virus found in rabbits. One that was used for years in Europe to control rabbit populations.

"We stumbled upon the fact that when you put this virus into tumor tissue and it could be mouse tissue or human tissue, it didn't matter, the virus treated the cancer cells the way it treats rabbit cells, it finds them, infects them and kills them," said McFadden.

The key here is while the virus is devastatingly effective in killing cancer cells, it's harmless to the human body. Compare that to how cancers are treated now.

All of which are invasive and harmful to the body. When it comes to Multiple myeloma can only prolong a patient’s life.

McFadden hopes to begin human testing in the next two years and saving lives for the next hundred.

"I'm convinced that the day will come when our kids or our grandkids will look back on the way cancer is treated today and regard it as barbaric," said McFadden regarding current treatments of cancer.