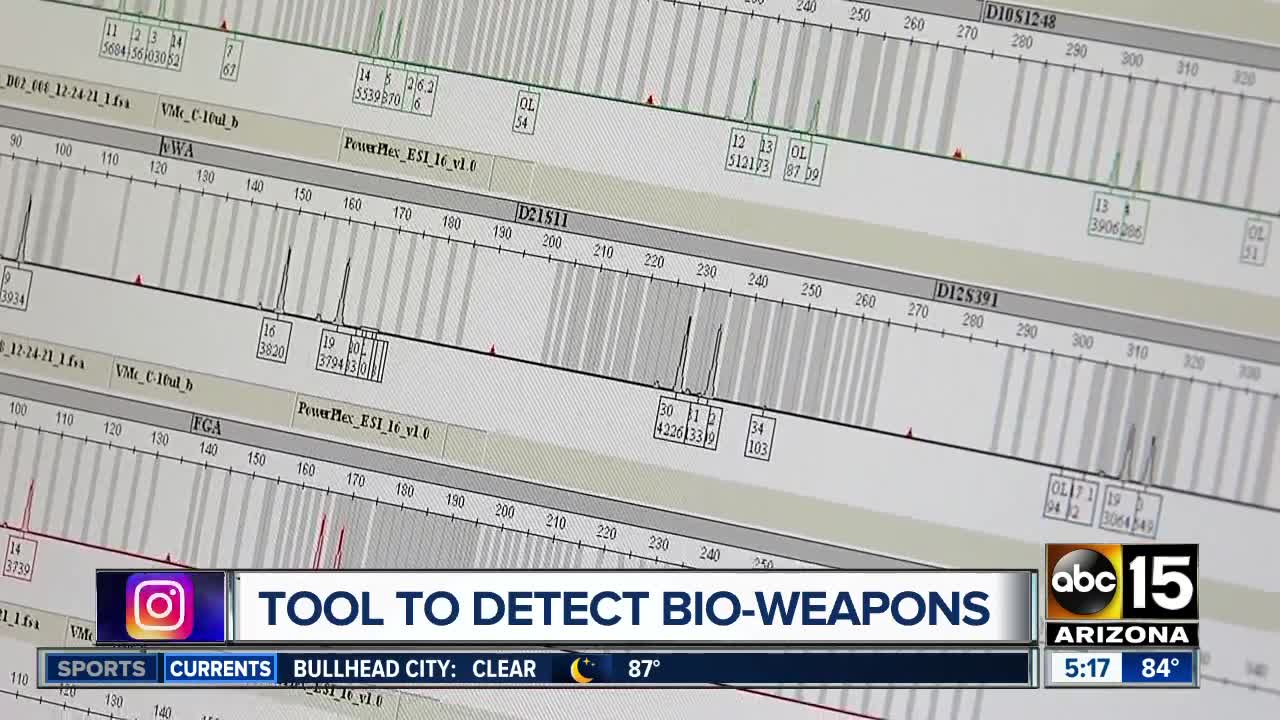 ASU is working on a tool that can help detect chemicals, toxins or viruses.

TEMPE, AZ — Researchers at Arizona State University's Biodesign Institute were awarded up to a $40-million grant to develop a device for military use that can quickly detect exposure to potential bio-weapons or dangerous viruses.

Doctor Joshua Labaer, the institute's executive director, told ABC15 the goal is to develop a device about the size of a medium-sized cardboard box that can produce results from a single drop of blood and be deployed in the field.

"You put a sample in and it actually does the chemistry that's needed to find those chemical signatures and does what we call 'next generation DNA sequencing' on the device, calculates the data and then gives you an answer," he said.

The grand was awarded by DARPA (Defense Advanced Research Projects Agency). Labaer said the university previously worked with the agency on another project for identifying potential exposure to radiation.

He said the device will look for distinctive "bio-signatures" -- or variations -- in proteins that wrap around DNA. The team is collecting samples from people who have been exposed to dangerous substances, like anthrax, to use as a benchmark.

Labaer said the device could have potential benefits for civilians, with the ability to detect a virus in someone before they may realize it.

"We'd love to see that application as well," he said.

The team hopes to have the device completed in four years.