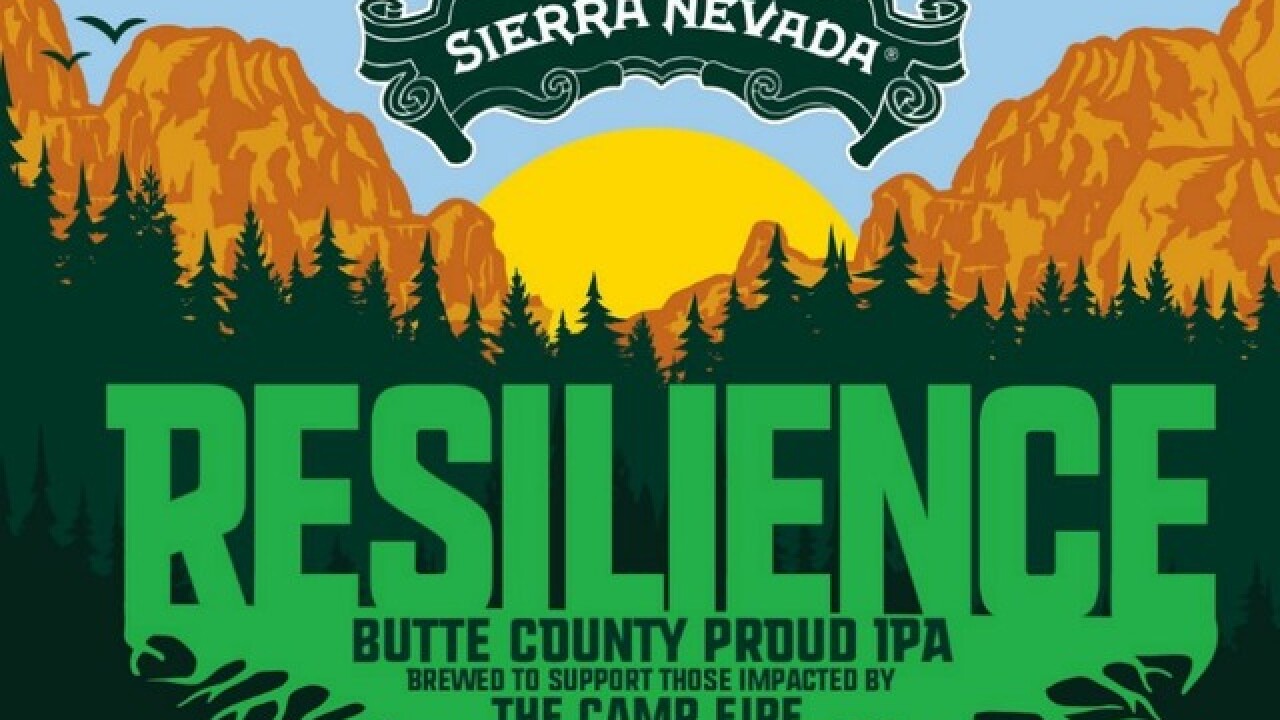 Scottsdale's Goldwater Brewing Co. was among the first in the state to begin making the "Resilience Butte County Proud IPA," a specialty brew created by the Sierra Nevada Brewing Company, with all proceeds from the beer's sales to benefit the victims of California's devastating Camp Fire.

Goldwater's co-owner Dillon McClelland told ABC15 the wildfire was devastating for family and friends of the brewery's staff, including sales manager Nathan Steen, who grew up in Paradise, California.

Steen shared a photo of his grandparents' home, which was completely destroyed.

"They escaped with their car," he said. "My aunt and uncle lost everything."

Now, more than 20 breweries in Arizona have signed on to the effort, becoming one of 1,400 breweries around the country, to join the cause.

WHERE THE BEER IS BEING BREWED IN ARIZONA:
View map.

"We are working with malt, hop and yeast suppliers to provide raw ingredient donations to all participating breweries and are asking those breweries to donate 100 percent of their sales to the fund, as well," the brewery said in a post.

Sierra Nevada, based in Chico, is located just west of Paradise, the town devastated by the fire earlier this month.

The now-contained Camp Fire is the deadliest and most destructive wildfire in California history, covering more than 153,000 acres and killing at least 88 people.

"We know that the rebuilding process will take time, but we're in this for the long haul," Sierra Nevada founder Ken Grossman said in a statement.

One of Grossman's desires is to spread this beer as far and wide as possible.

"Our hope is to get Resilience IPA in taprooms all over the country to create a solid start for our community's future," he said.

That hope is coming to fruition, as the Resilience IPA campaign has garnered attention from craft breweries across the nation. Some have taken to social media to show their support.

"#ResilienceIPA brew day is under way! We are excited to work with @sierranevada and help support those in #ButteCounty who were affected by the devastating #Camp Fire," said Sacramento's Fountainhead Brewing Company on Instagram.

Sierra Nevada even got the Butte County community directly involved, as it posted a video on Twitter of Butte County Sheriff Kory Honea starting a batch of Resilience IPA.

Outside of the proceeds from the Resilience IPA, Sierra Nevada has also set up its own relief fund for the ravaged community. Working with the Golden Valley Bank Community Foundation, the brewery launched a relief fund with an initial $100,000 seed.

"Once the fire is out, we will distribute all donated money to partner organizations that are dedicated to rebuilding and supporting the communities that have been affected," a Sierra Nevada press release said.

Sierra Nevada was founded in 1980 and has since added a second brewery operation in Mills River, North Carolina.

"With the brave men and women risking their lives fighting this fire and the outpouring of support from communities near and far, we know we are on a path to healing and rebuilding," the company said.