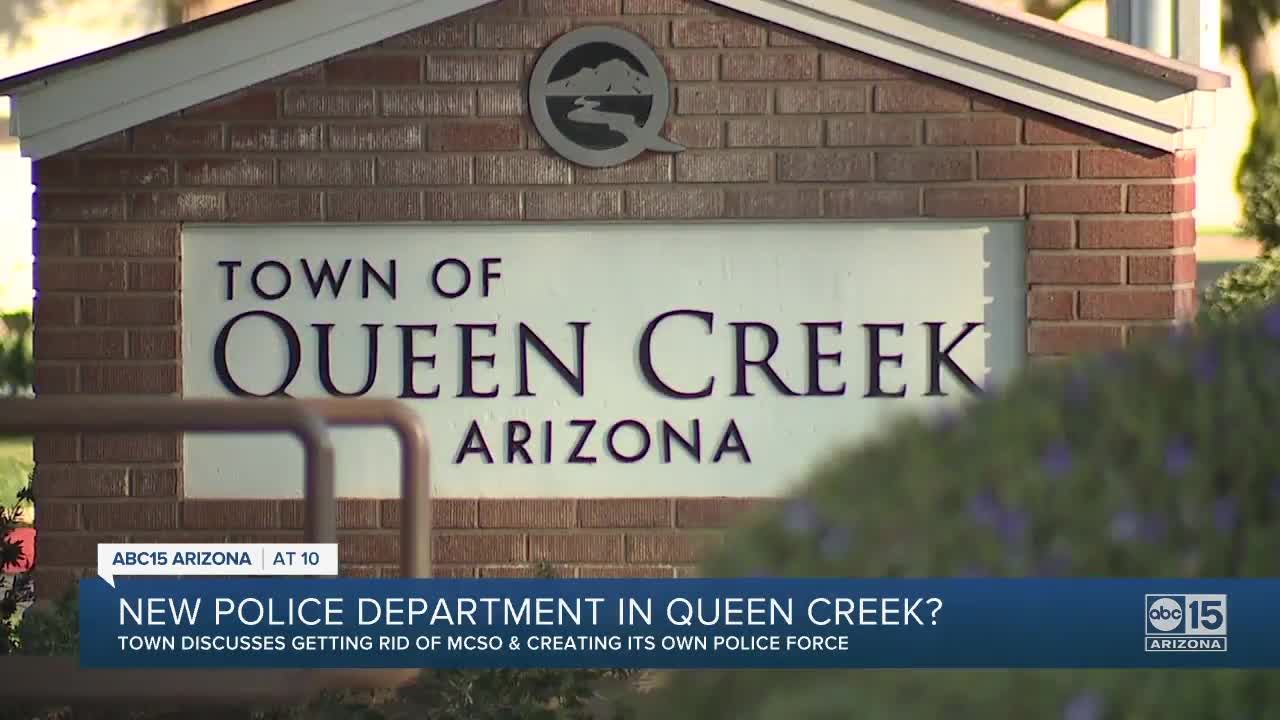 The Town of Queen Creek discusses getting rid of MCSO and creating its own police force. 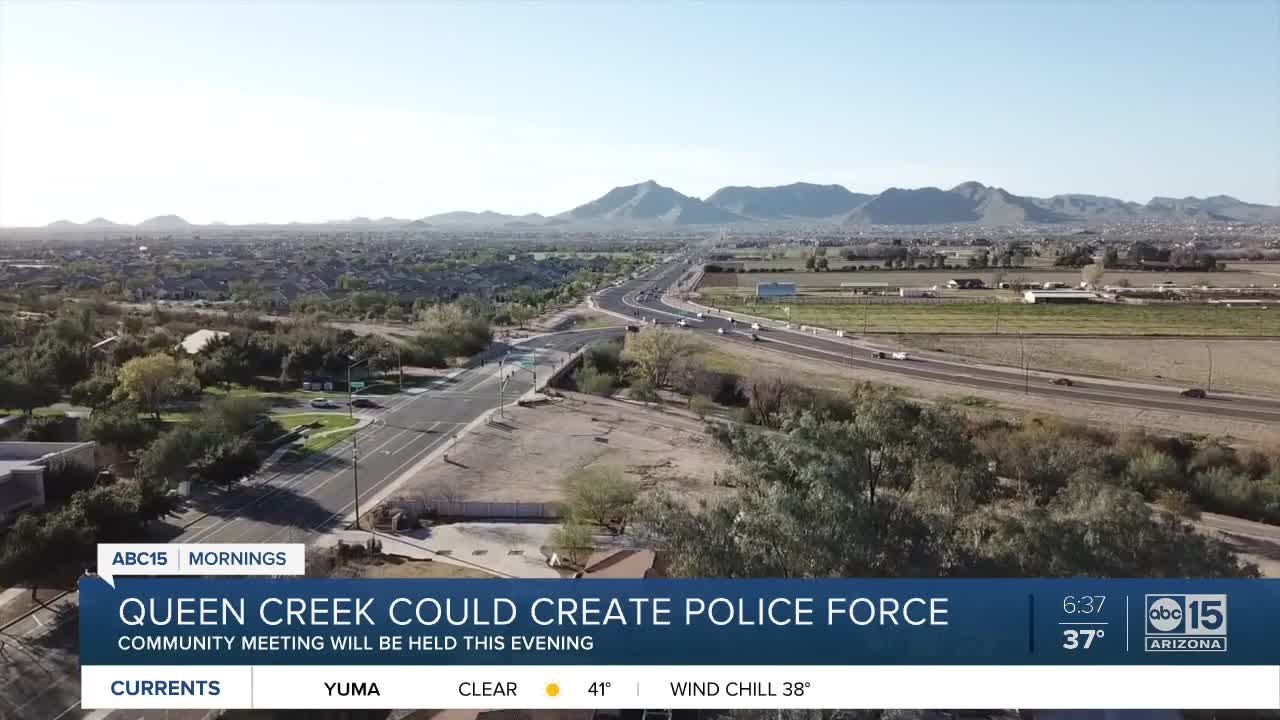 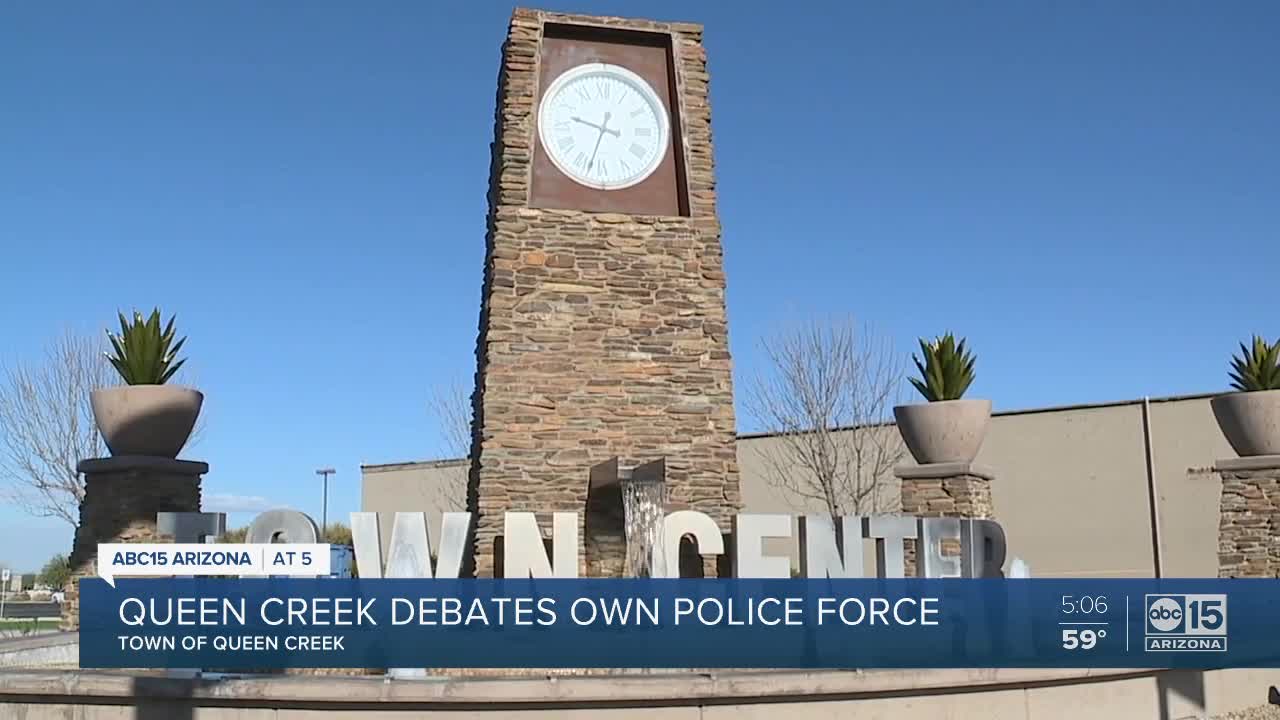 QUEEN CREEK, AZ — Queen Creek is considering creating its own police department because of the town’s quick growth.

The town of 52,000 residents is currently patrolled and enforced by the Maricopa County Sheriff’s Office.

However, the town is considering creating its own department as the population grows between six and nine percent annually.

The three options for the town to consider area:


Creating a new police department would reportedly have a $7 million startup cost and an 18 month transition period. An estimated 56 sworn-in police officers and three civilian employees would be hired.

Queen Creek Mayor Gail Barney said having their own police department would have several upsides.

Maricopa County Sheriff Paul Penzone said in a statement that if Queen Creek decided to open their own law enforcement department, MCSO would be 100 percent supportive.

“It has always been the practice of growing municipalities to evaluate the operational and financial benefits to establishing their own police, fire and other services. We benefit from a strong relationship with the Town of Queen Creek and will continue to provide exceptional service as they determine the feasibility of this endeavor.

Should they choose to invest in their own police agency we will be a strong supporter to facilitate their success during the transition and upon establishing the agency. If this is not a feasible option for them at this time, we will continue to be their service provider with pride.”

The town council will likely vote on a decision this spring.