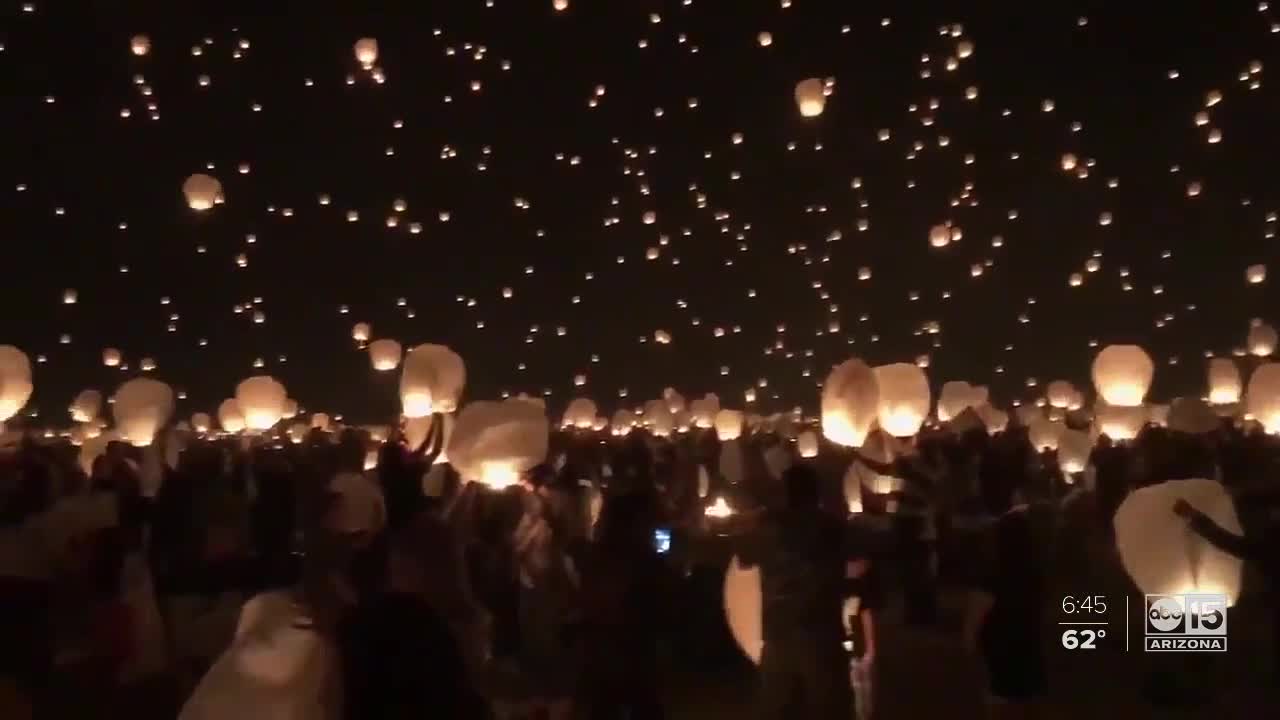 "There's been a couple of petitions going around, but none of them really seem to get huge," Justin Corey, with Natural Restorations, said.

Advocates say it would take a state-wide ban to stop them. State Representative Mitzi Epstein says a bill she's proposing would do just that. It started out as a bill that would make releasing balloons into the sky illegal for environmental reasons after a group of Girl Scouts reached out to her about the issue.

"I was really surprised by the number of people, every time I mentioned balloons they said to me, would you stop those floating lanterns as well?" Epstein said.

Epstein says she believes lanterns classify as balloons, because they both float and eventually come back down.

"If the flying lantern can be considered a balloon and it can then they would both be prohibited by this law," she said.

Over a dozen states have already banned floating lanterns. In Arizona, it's up to each city to make that decision. Jon Narva, with the National Association of State Fire Marshals, says that's understandable.

"Because each state is different, each state has to address it in a way that fits into their political system," Narva said. "I would encourage all cities, all states to look into it and make sure they're protecting the public from the dangers of fire."

As for Epstein, she says she'd consider amending her bill to include the word "lantern", if it meant getting more supporters.

"I want to hear, is it going to work for you? And let's make sure it does," she said.