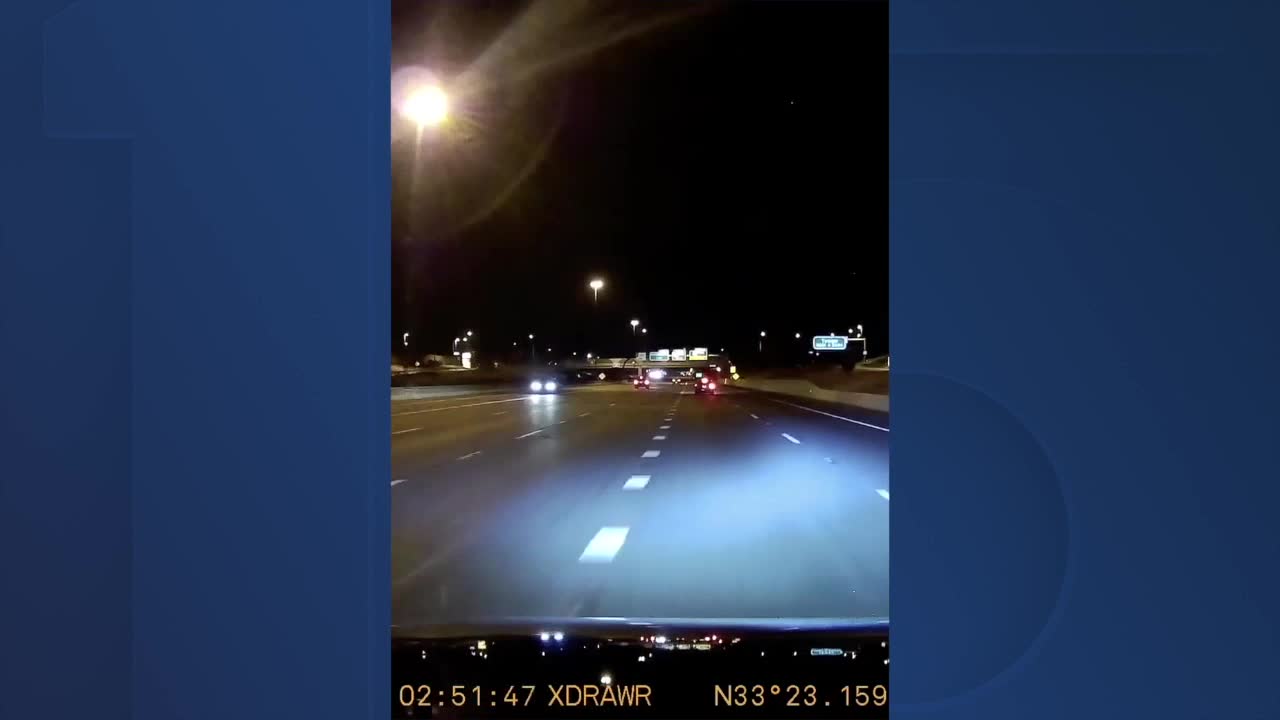 A wrong-way driver was caught on dashcam video on the US60 near Dobson Sunday morning.

MESA, AZ — The Department of Public Safety says a wrong-way driver was arrested early Sunday morning on the US60.

The incident happened on the US60 near Dobson Road around 2 a.m.

Murillo allegedly self-corrected and started going westbound with traffic. DPS eventually caught up to the driver and arrested him on an off-ramp after he voluntarilly stopped.

Viewer video in the player above from viewer Larry Coe shows the wrong-way driver in the HOV lane coming toward oncoming traffic.

Luckily nobody was hurt in the incident.

Murillo was arrested by DPS for aggravated DUI.