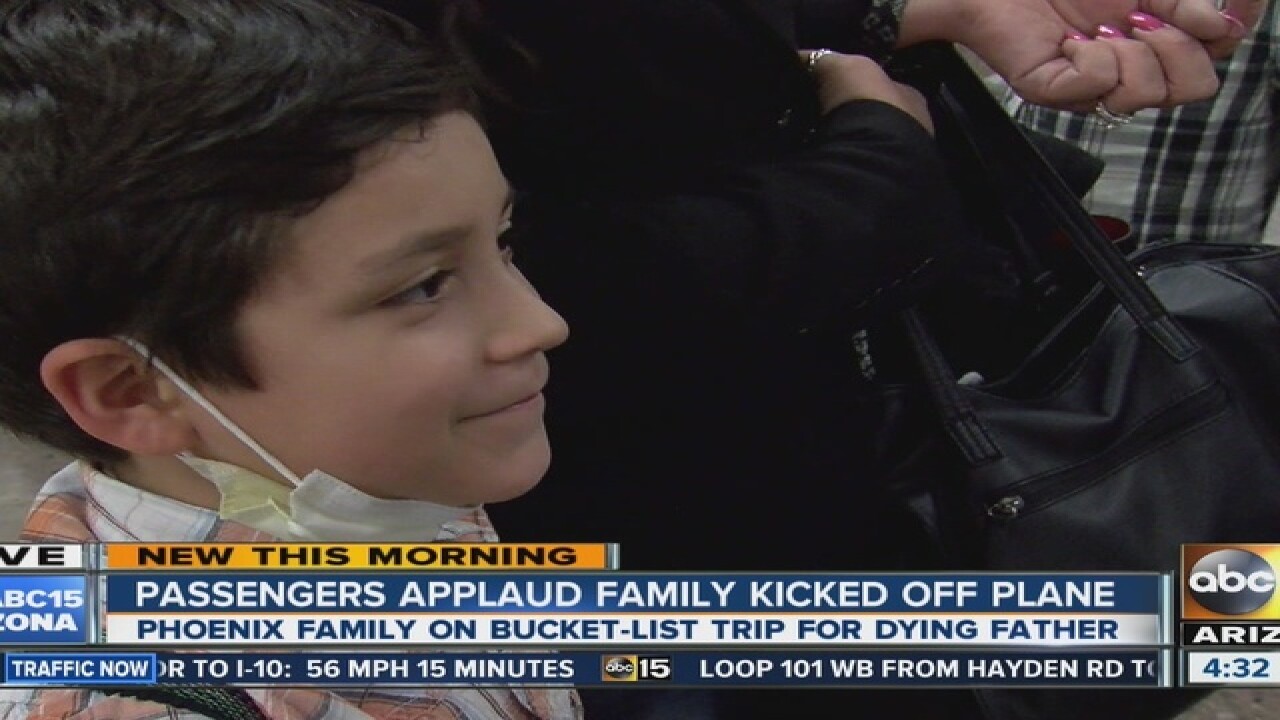 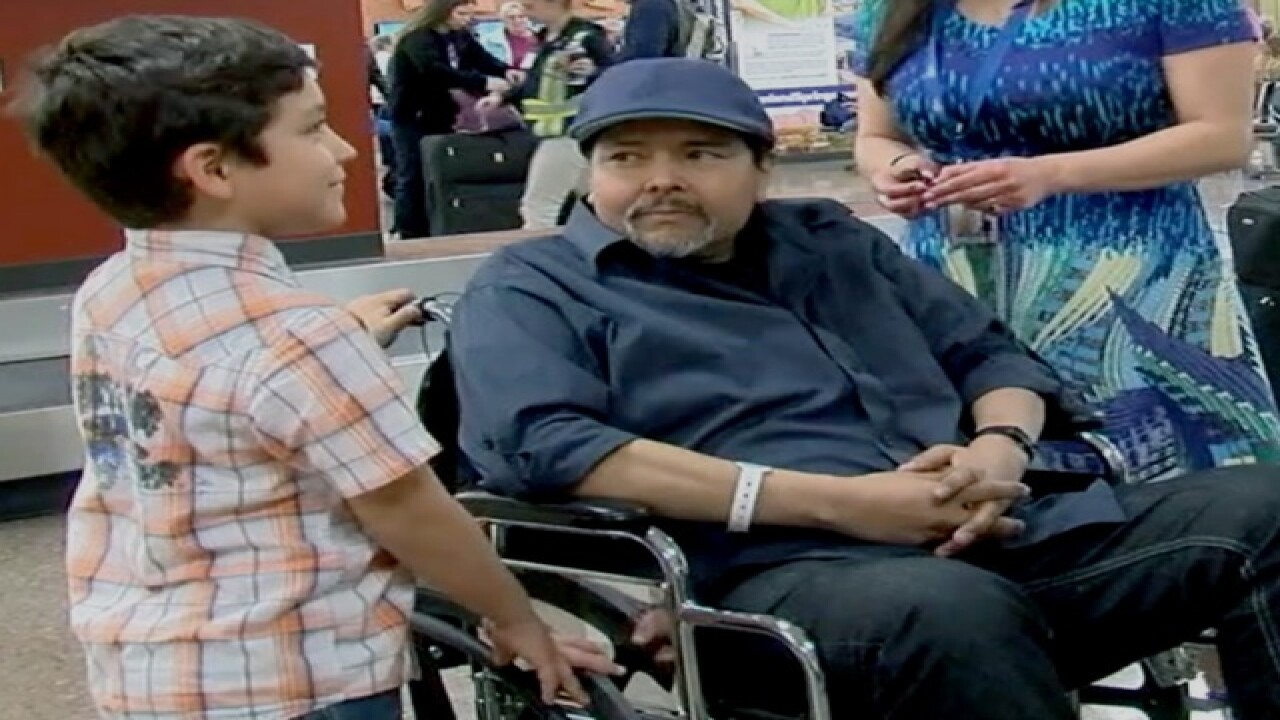 A Valley family said they're happy to be back in Arizona after being kicked off an Allegiant Air flight from Washington state to Mesa.

Jorge Alvarado said his 7-year-old son Giovanni started having an allergic reaction to a dog on the plane while boarding. Alvarado says the flight attendant moved him and the boy to the back of the plane to get away from the animal but were ultimately kicked off the plane.

The family said they believe a flight attendant, who was making snide remarks, egged on some of the passengers who then applauded as the family walked off the plane.

What passengers didn't know was that Alvarado has terminal cancer and was making the trip to see family. He said he's not sure how long he has left.

"I'm sad this has to be a memory of my dad," Giovanni said. "Clapping on the plane when he got off."

The family says the dog's owner refused to move and feels everyone's reaction is a slap in the face.

"I felt hopeless when everyone just started laughing at my family, my kids," Alvarado said. "I felt, what could a husband do? I'm not going to yell at them. I'm just going to show them how to have respect."

Something good did come out of the ordeal. Southwest Airlines Vacations is giving the family a four-day, three-night stay at Disneyland!

The family said they're in contact with Allegiant Air, but said they don't want any compensation for the whole ordeal.