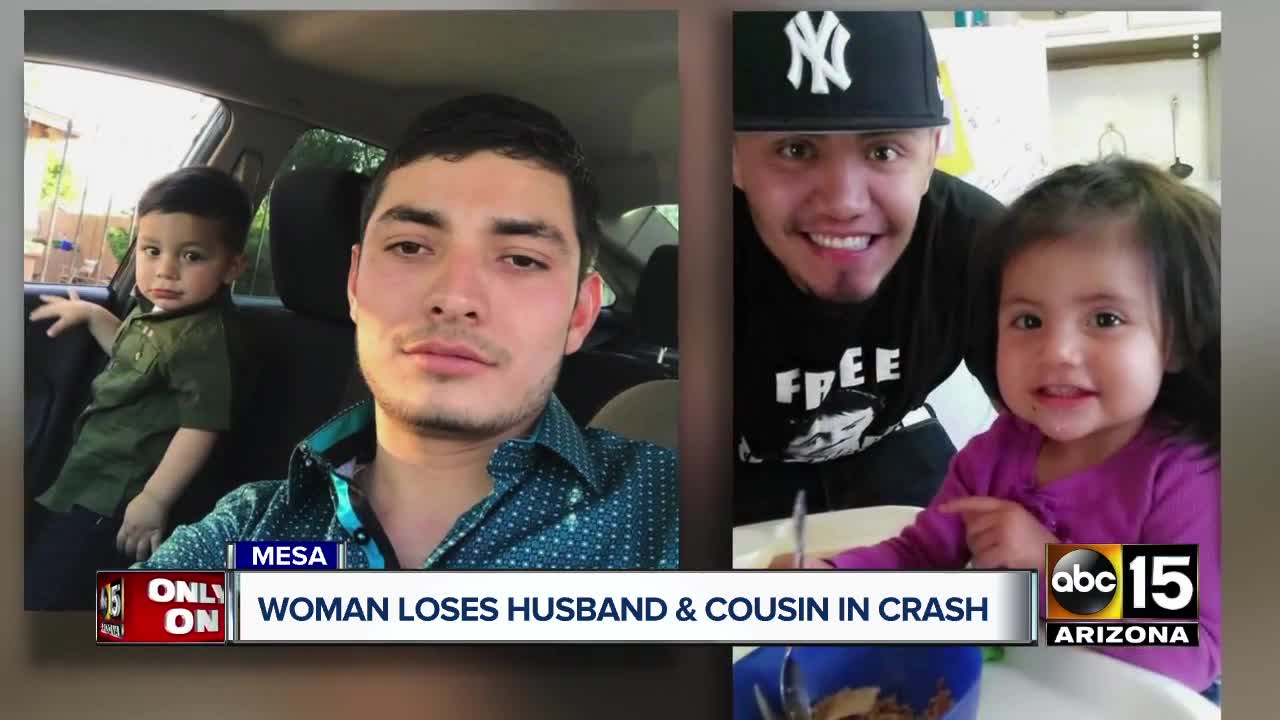 Two Valley families are in mourning after a deadly crash took the lives of their loved ones.

MESA, AZ — Two Valley families are in mourning after a deadly crash took the lives of their loved ones.

32-year-old Heriberto Escerre-Vaal and his cousin, 23-year-old Eulayo Cesar Mendivil, were only two blocks from home when they were killed.

Their family's Ford Fiesta was T-boned by a woman driving a Ford Explorer who allegedly ran a red light, according to the Maricopa County Sheriffs Office.

Isela Galvan says she planned to join the two for dinner that night but stayed home instead. Hours passed, and she says she knew something was wrong.

"I was just getting worried," Galvan said. "I was making phone calls, and no one would answer."

Galvan and Escerre-Vaal were married for two years and had a son together, 2-year-old Jesus Heriberto.

"They were both very loving, very happy," she added. "He's gonna miss him."

58-year-old Brenda Cleeves was identified as the driver of the Ford Explorer on Friday. Her condition is still unclear; however, MCSO says they called in a Drug Recognition Expert to the scene, and are awaiting test results to find out if Cleeves had drugs in her system.

"Hopefully one day she regrets what she did and pays the consequences," said Ernesto Mendivil, Eulayo "Lalo's" brother.