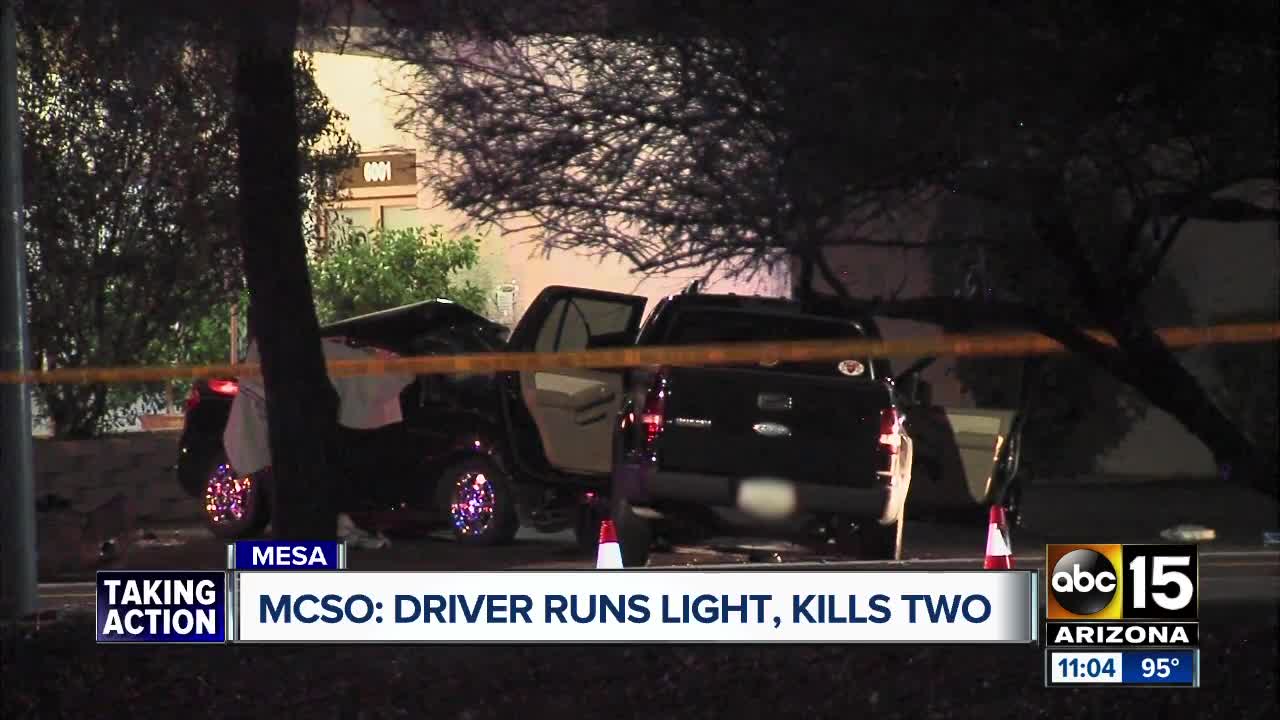 Two people were killed in the crash.

According to Maricopa County Sheriff's Office, the two-vehicle crash happened at the intersection of Recker Road and University Drive around 9:40 p.m.

A 57-year-old woman was driving the pickup truck. She was taken to the hospital with non-life-threatening injuries.

MCSO says the two occupants of the passenger car, a 32-year-old driver and 23-year-old passenger, were pronounced dead at the scene of the crash.

Impairment and speed are believed to be factors in the crash, but the investigation is ongoing.