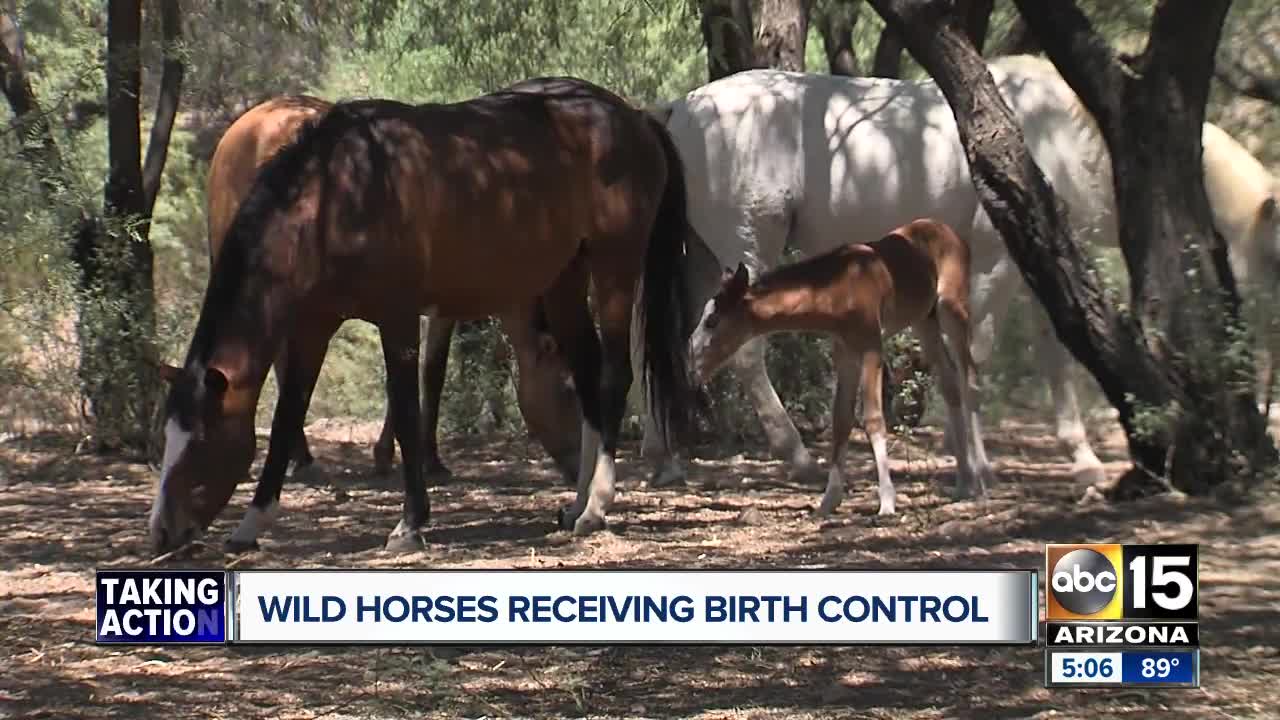 Group hopes it will help horses' overall health, sustainable existence in the wild. 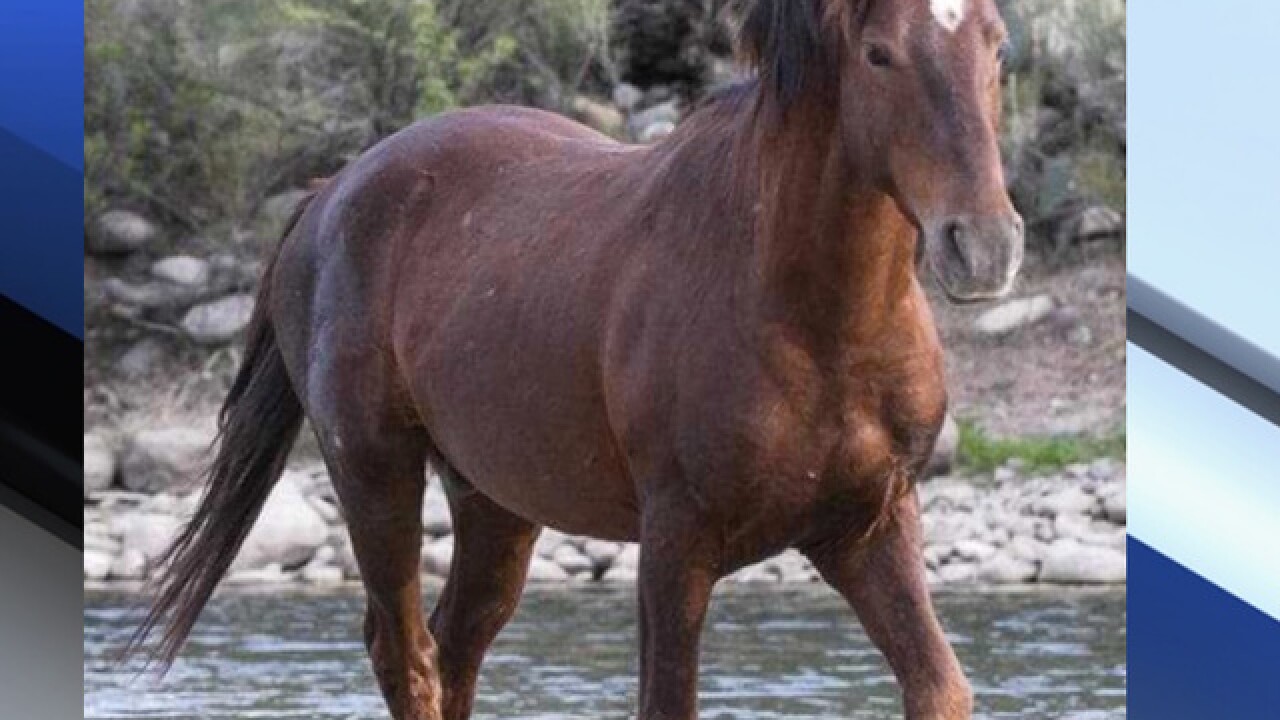 MESA, AZ — Over the last year, wild horses living along the Salt River have been getting birth control.

"We started back in 2011 when we noticed that this herd was in trouble and that the forest service wanted to remove them all," said Simone Netherlands.

Netherlands is the president of the Salt River Wild Horse Management group. The group is working to create a sustainable ecosystem for one of the state's iconic animals.

"It's amazing you can still see a piece of the living wild west really here. They're living symbols of our American west," said Netherlands.

One problem, the population of hundreds of wild horses has grown so much, safety to visitors who come to see them and adequate food supplies for the herd have become a concern.

Forest officials supported rounding up the herds and relocating them to storage shelter. However, community members came up with a totally different idea and a way to keep them in the home they've known for generations.

Since October, 130 volunteers have helped to track and administered birth control to 180 mares living along the Salt River.

"We are aiming for a target population of 200 horses," said Netherlands. That means cutting the total number now roaming the area by more than half - a plan that will take 10 years to achieve.

Netherlands calls recent reports calling the herd infected by a viral disease is exaggerated. "To say that this herd is diseased is a far cry from the truth," said Netherlands.

She says the truth is a small percentage have been infected, all of which are being monitored.

In the end, she hopes the program will preserve these animals for future generations to admire for decades to come.

"It's just a beautiful opportunity for people to come to see nature at it's best," said Netherlands.