Preparing for monsoon storms: It's a year-round job in Mesa 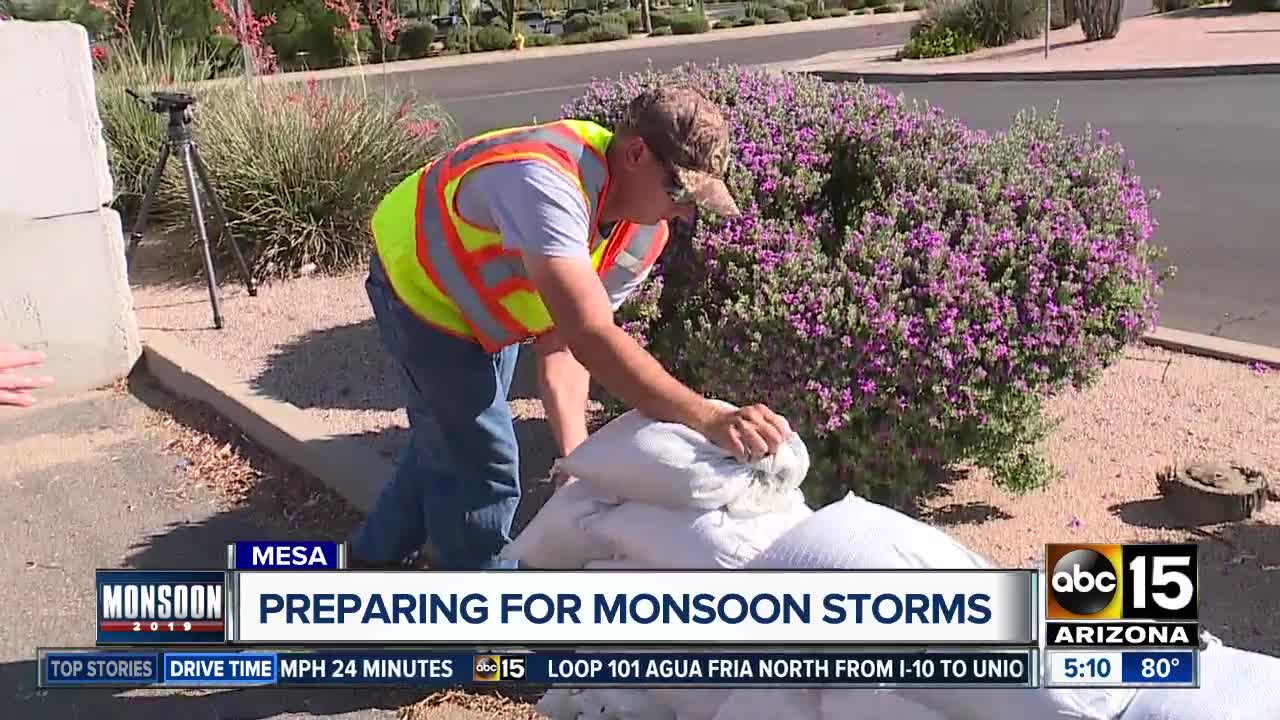 ABC15 tagged along with Mesa's transportation department to find out what resources are offered to residents and how city workers prepare for severe storms. 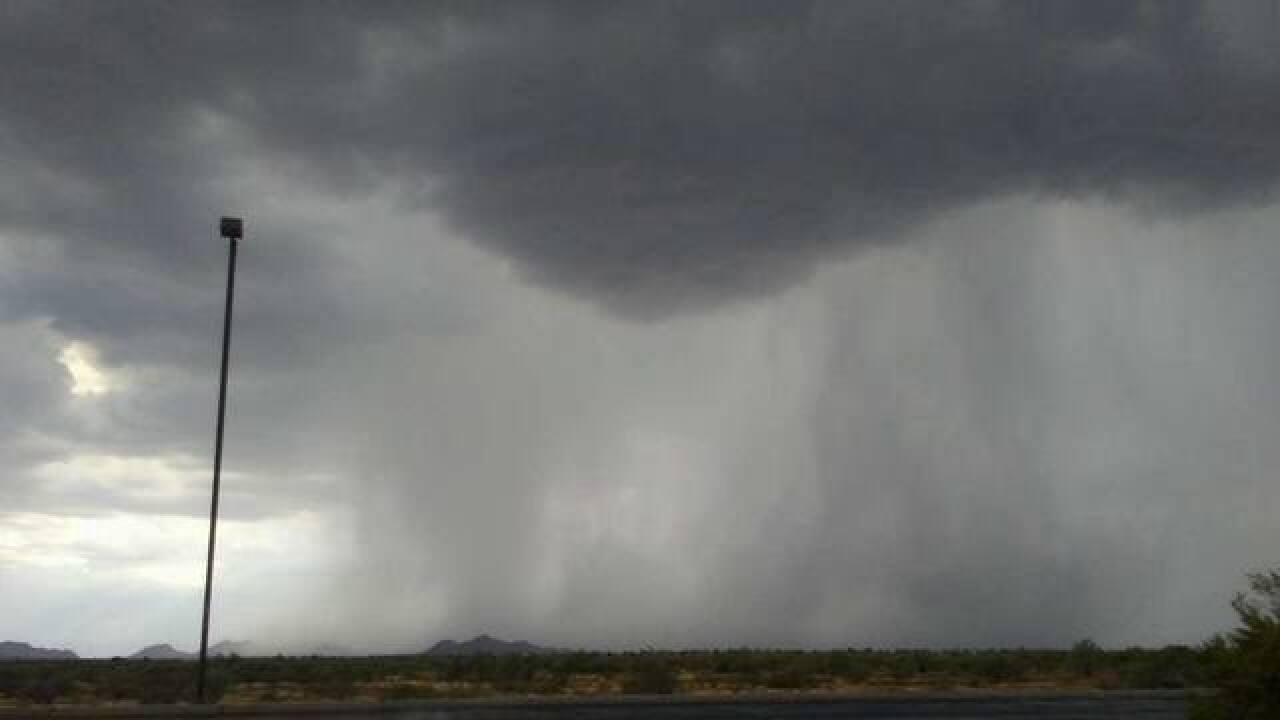 MESA, AZ — With the monsoon comes powerful storms that can carry walls of dust and cause destructive flooding.

ABC15 tagged along with Mesa's transportation department to find out what resources are offered to residents and how city workers prepare for severe storms.

"Sandbags are so important for folks who have homes in low elevation areas because they are still the best technology we have to stop water from getting into your house," said Amy McConnell, a city transportation department spokesperson.

Mesa offers seven locations where residents can bring their own shovel and fill sandbags. Two locations also offer pre-filled bags thanks to a new machine that allows city workers to fill up to 550 sandbags per hour.

McConnell said a sandbag should only be filled half- to two-thirds full, allowing it to nestle and form a solid wall.

The sand pile locations are listed on the city's website.

With around 200 retention basins and 10,000 catch basins, city workers are on the move in a specialized vacuum truck year-round to keep them free and clear. If they don't, "we'll have water backup and we could have some serious flooding," said foreman Glen Curtis.

The city uses a powerful Vactor truck to suck up dirt, trash and debris that could potentially clog the drainage system. Workers try to clean each basin at least once per year.

Mesa has three pumps and two specialized trucks that can move up to 2,000 gallons of water per minute from a flooded roadway.

Workers train once a month -- using a canal to simulate a flooded street -- on how to use the equipment and react when the time comes.

"During an emergency event there's no guesswork involved and we can dispatch [workers] out throughout the city to multiple locations," said field operations supervisor Bill McLeod.

The city monitors roads and responds to resident reports based on priority.

Workers also train monthly on proper chainsaw use and remove tree limbs and other vegetation that could potentially block roads or damage infrastructure.

Powerful storms can sometimes knock out the power.

From January through June, traffic workers conduct preventative maintenance and test their battery backup system at traffic signals. All major intersections, freeway interchanges and intersections along the light rail line in Mesa have a battery backup.

"If there's any interruption to the power, the traveling public wouldn't even notice," said engineer Tricia Boyer.

The signals can function normally -- displaying red, yellow and green -- for up to four hours using the battery backup. Before the batteries are depleted, the signal will convert to a flashing light, indicating a four-way stop.

Two technicians are on call at all times during monsoon season and are notified of changes to a signal's power source or status through text message and email.

Workers in Mesa's traffic management center can also adjust the timing of lights and look out for downed or turned signals due to wind.

The city also has portable power generators that can be plugged directly into an intersection and temporary signals that can be quickly put up to substitute for a permanent one.

Boyer said among the reasons the city invested in the preventative and backup equipment is to reduce the number of police officers needed at intersections during a severe storm event.

Having officers "focused on other aspects of their job [during a storm] is really important," she said.