Police: No charges against officers who punched Robert Johnson in hallway 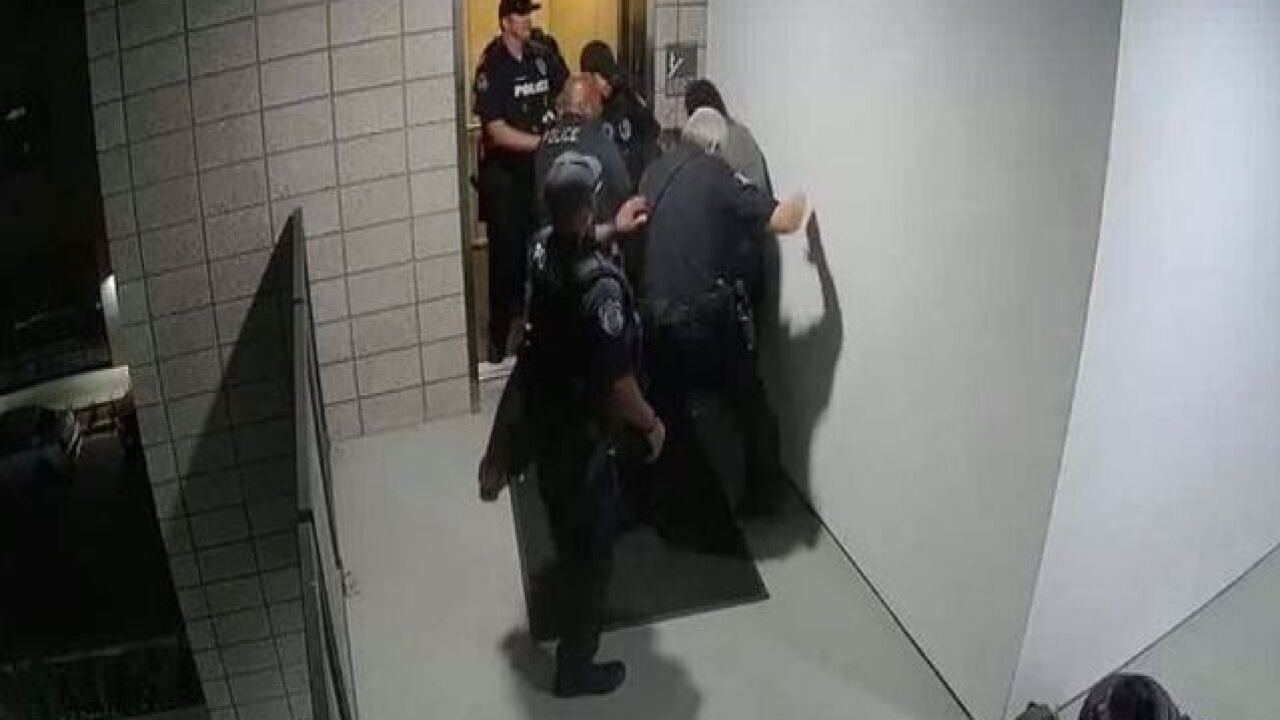 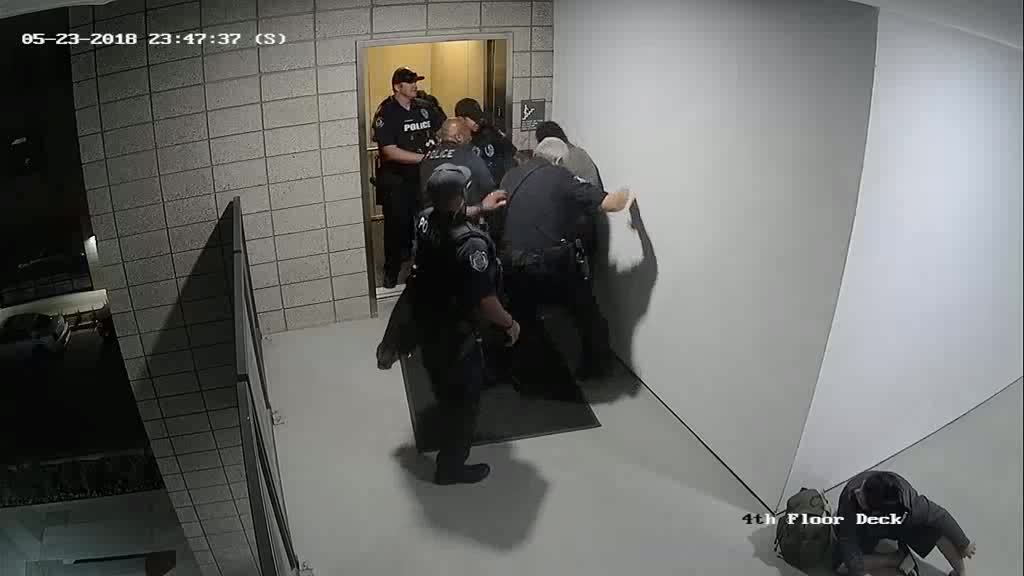 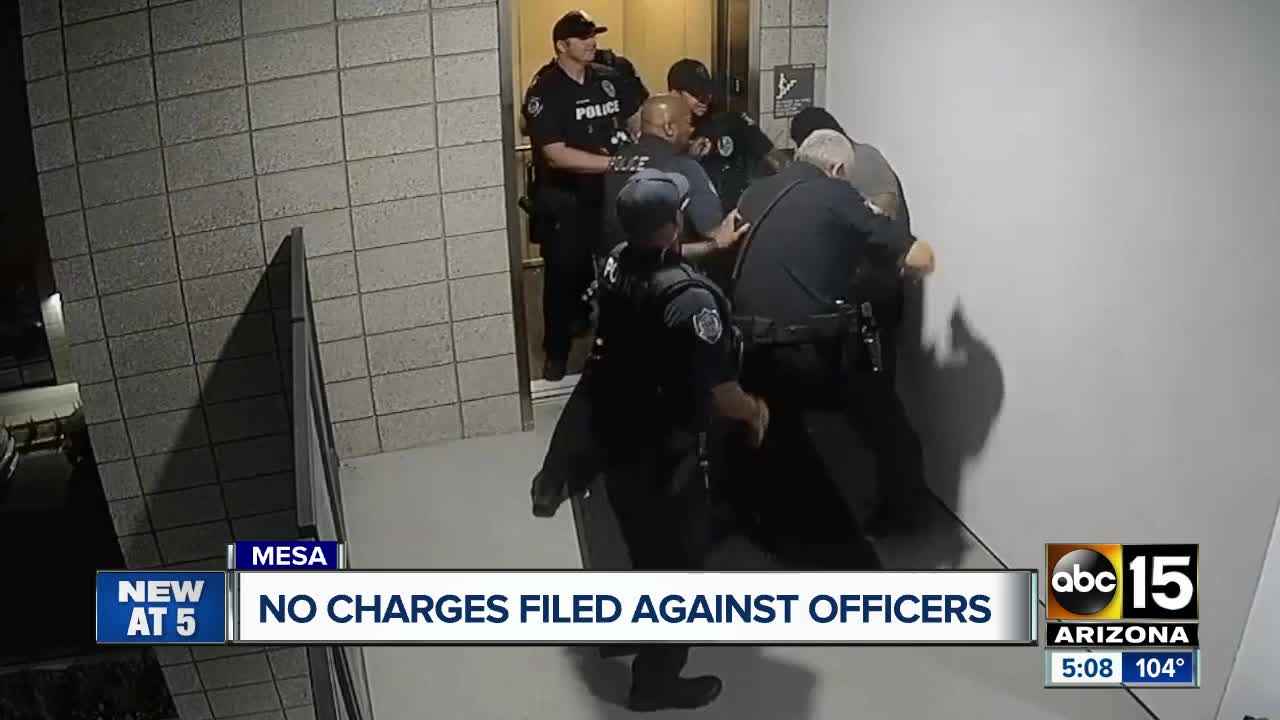 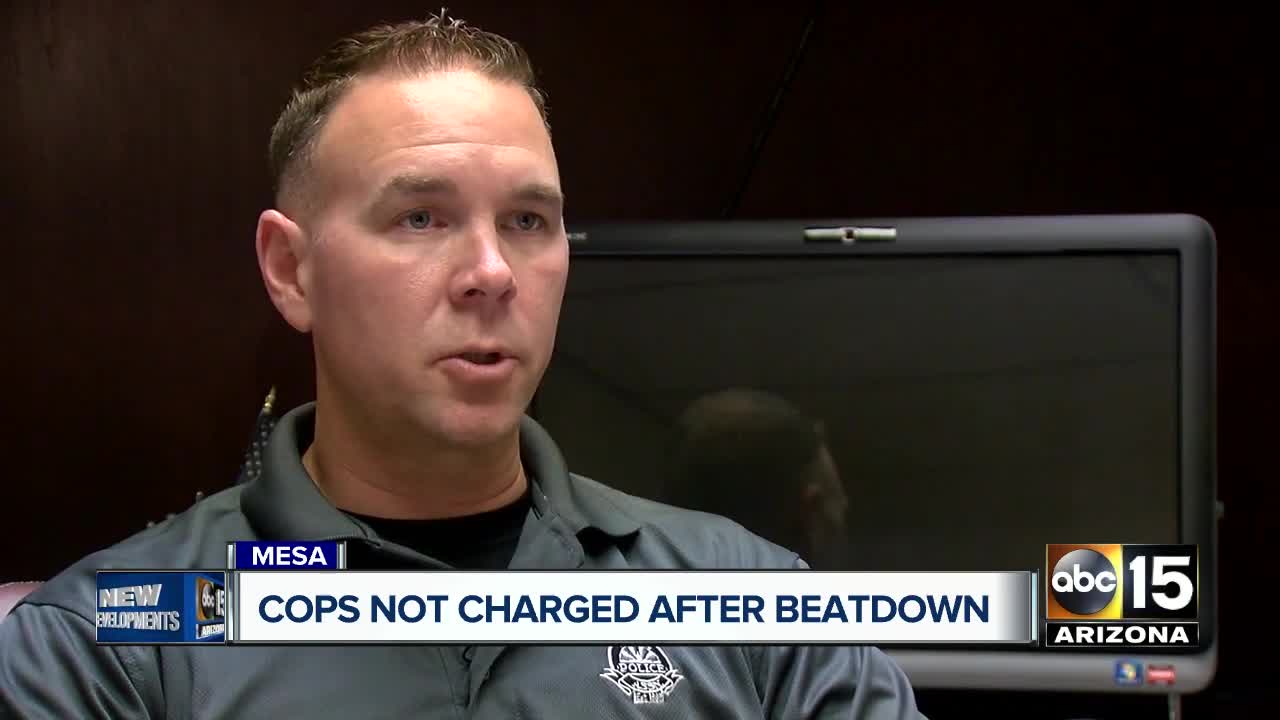 A review by the Scottsdale Police Department has found that Mesa officers were legally justified in using force to restrain a man in a hallway back in May.

Police responded to an apartment complex near Main Street and Horne on May 23 after getting a call from a woman who said her ex-boyfriend was trying to break into her apartment. Police arrived and found the ex-boyfriend, Erick Reyes, 20, along with Johnson. Both were detained.

The surveillance video, released in June, shows officers approaching and speaking with Johnson shortly before the altercation occurs. The officers are then seen punching Johnson several times before taking him to the ground.

Charges filed against Johnson were later dropped by the city attorney. The officers were placed on leave and will remain so until the Mesa Police Department concludes its own internal investigation.

"Violence is ugly, it looks terrible, no matter what," said Sgt. Nate Gafvert, President of the Mesa Police Association. "Mr. Johnson was giving several indicators that he was going to resist arrest, that he was being verbally abusive to the officers. It was pretty clear that there should absolutely be no files charged on these officers."

"You had footage from the apartment complex, Mesa police can’t finagle their way around this and cover their butts. You see what happened on the camera, he was brutalized, he was unarmed, and he was not a threat," said Taylor.

The Mesa Police Association disagrees and said Johnson's non-compliance made him a threat.

Sgt. Gafvert said the use of force was in line with the officers' training.

"They could have absolutely detained him without the blows to the face if Mr. Johnson would have complied," he said.

"It’s almost like a death blow, to realize these officers will not be held accountable," said Taylor. "As a lawyer, we will hold them accountable civilly. So Mesa and the Mesa Police Department, even though they might walk free today, they won’t walk free with a civil suit."

The incident was one of several this year where Mesa officers have been investigated for using excessive force.

Earlier this month, the Maricopa County Attorney's Office announced charges would not be filed against Mesa officers in another incident involving a teenage robbery suspect.

In that case, officers found a 15-year-old near the scene of a reported armed robbery. Video from an officer's body camera showed police roughly handling the suspect after he had been taken into custody.