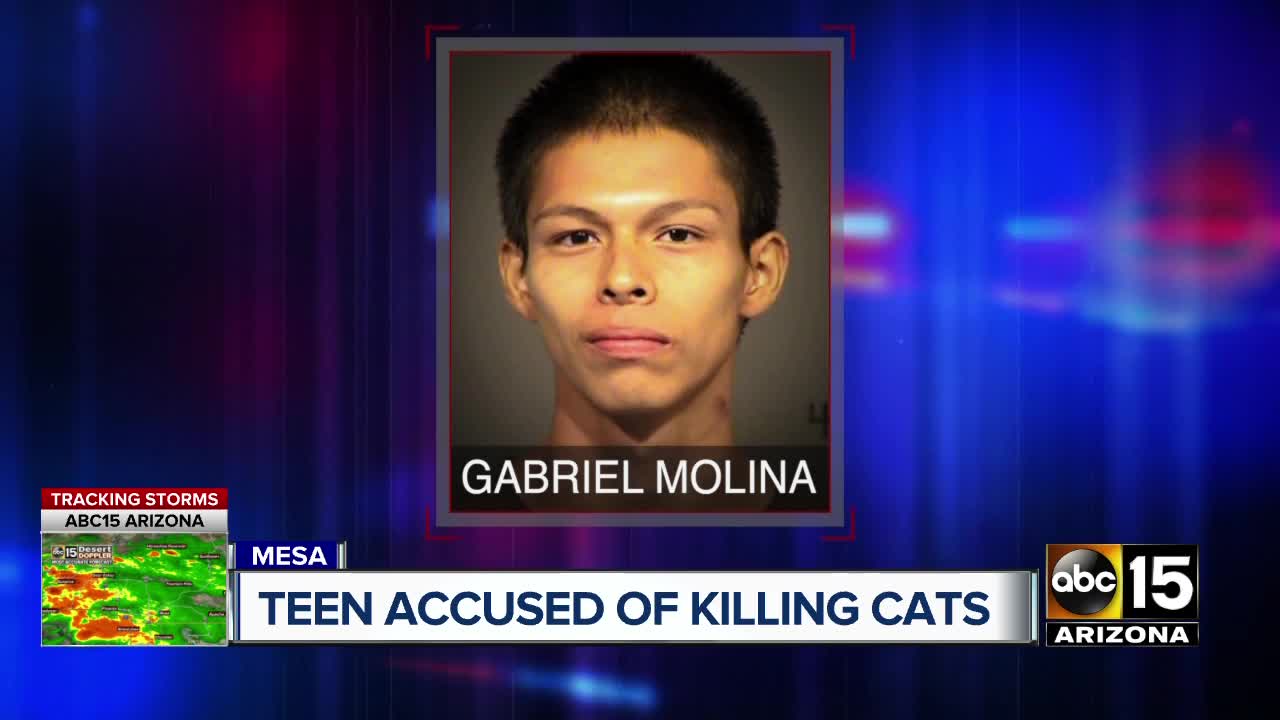 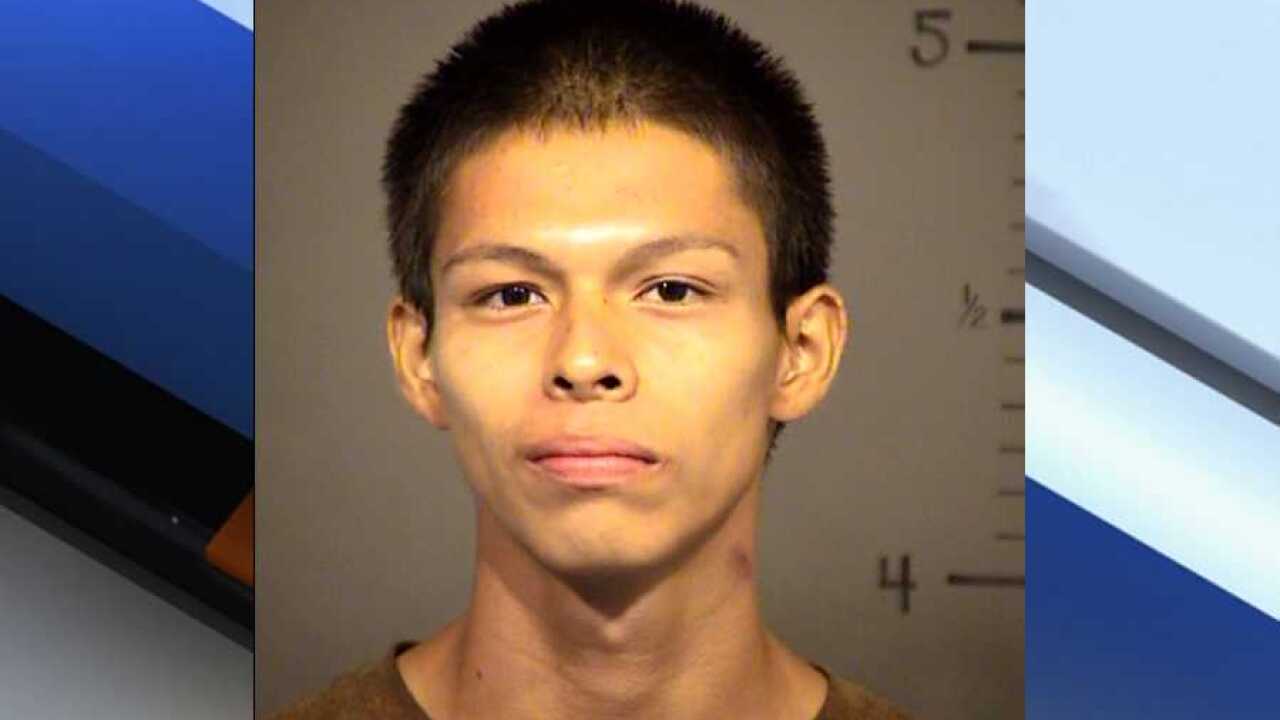 MESA, AZ — Authorities say a 19-year-old accused of killing two cats was arrested while trying to acquire a third.

The Mesa Police Department says officers were called to an apartment complex near Dobson and Broadway roads on August 26 for a report of a man hitting a cat. When officers arrived, they found a dead cat with "obvious fresh injuries."

Witnesses gave officers a description of the suspect but were unable to find anyone that matched it.

The next day, someone else in the same complex reported their cat was missing. The person told police her window was damaged and there was blood nearby. Responding officers found a second deceased cat with similar injuries.

The two incidents led investigators to identify the suspect as 19-year-old Gabriel Molina. Police say both victims identified him as the suspect.

Detectives arrested Molina as he was trying to obtain drugs and a kitten from other people. When questioned, police say Molina admitted to breaking into the apartment and killing the two cats.

He has been charged with second-degree burglary, attempted burglary, two counts of animal cruelty and trespassing.

The animal cruelty charges against Molina are felonies, a change made possible by a new law that went into effect earlier this week.