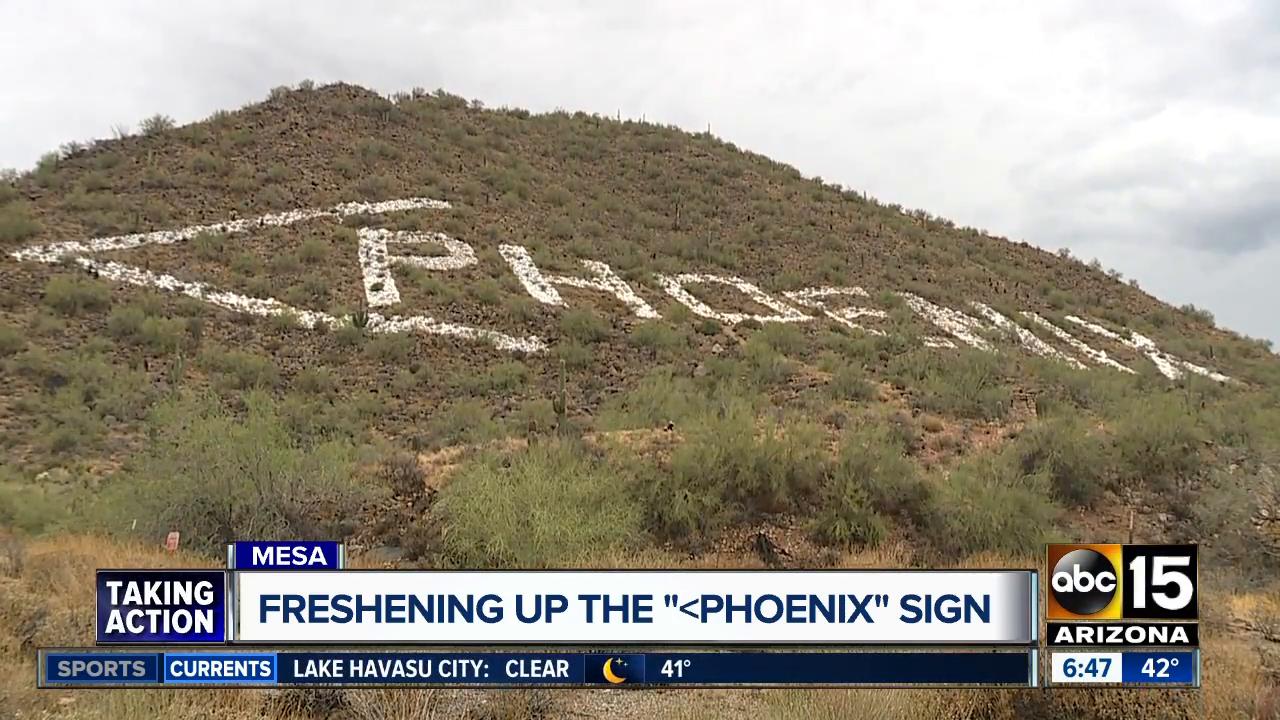 Members of Gilbert Boy Scout Troop 681 are planning to perform maintenance Wednesday on the iconic "&lt; Phoenix" air marker located on the side of Usery Mountain in northeast Mesa. 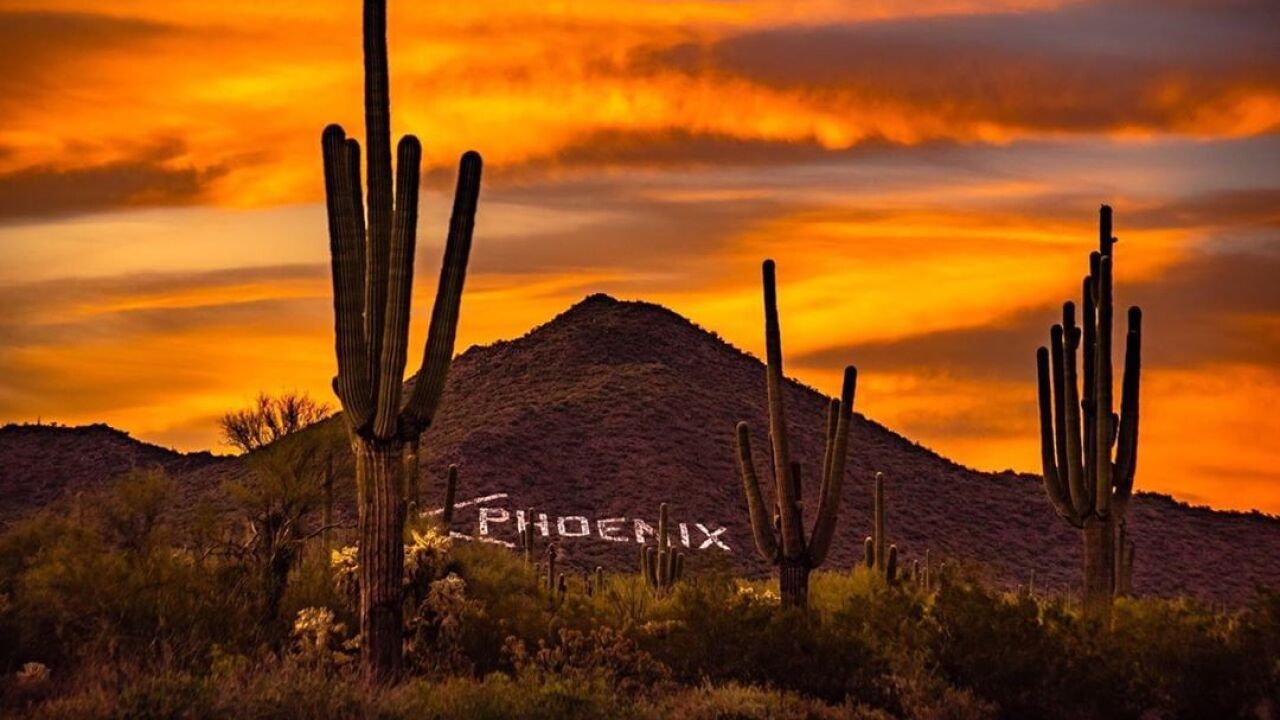 MESA, AZ — Members of Gilbert Boy Scout Troop 681 are planning to perform maintenance Wednesday on the iconic "< Phoenix" air marker located on the side of Usery Mountain in northeast Mesa.

The marker was "the brainchild of an eccentric ex-World War II pilot" named Charlie Merritt who was also an Air Explorer scout leader, according to Ranger Brennan Basler with Usery Mountain Regional Park.

Basler told ABC15 scouts began construction on the air maker in 1949 under Merritt's direction. It took more than five years to build and required the use of dynamite to blast out bedding and approximately 430 gallons of paint to whitewash the rocks making up its letters and arrow.

"You can certainly see it from all over the east Valley," Basler said, adding that the sign is deceiving in size.

The width of the letters, such as the "P" in "Phoenix," are approximately 12-feet wide and 100-feet long. From end to end, it's around 1,000 feet. If the marker was flipped on its, side it would be around the height of the Eiffel Tower, Basler said.

In 1956, the sign was featured in a newspaper column titled "Teenage Triumphs" and, at the time, was deemed the world's largest air marker. Although it may no longer be needed, aviation expert and retired pilot Ron Nielsen said it once served an important purpose.

"It was really appropriate because there were no [navigation] aids," he told ABC15, adding that much of the development in that area of Mesa did not occur until decades later.

"Even now, when a pilot gets his license, a big part of his initial training is to learn how to fly just between him and his natural surroundings," Nielsen said.

According to Basler, the marker was last maintained on January 1st, 2010, by an inmate work crew with the Maricopa County Sheriff's Office. Rio Salado Sportsman's Club is located at the base of the sign and New Year's Day is among the safest days to perform maintenance work on it because the gun range is closed.

Basler said, given how it was created, it would be more destructive to Usery Mountain to remove the air marker than to leave it in place.

"Some people could say, 'Oh, it's not natural,' which, it isn't natural, obviously," he said, "but it is a part of our history and it goes back many, many decades when airline travel wasn't the same as what it is today so it met a need at the time."