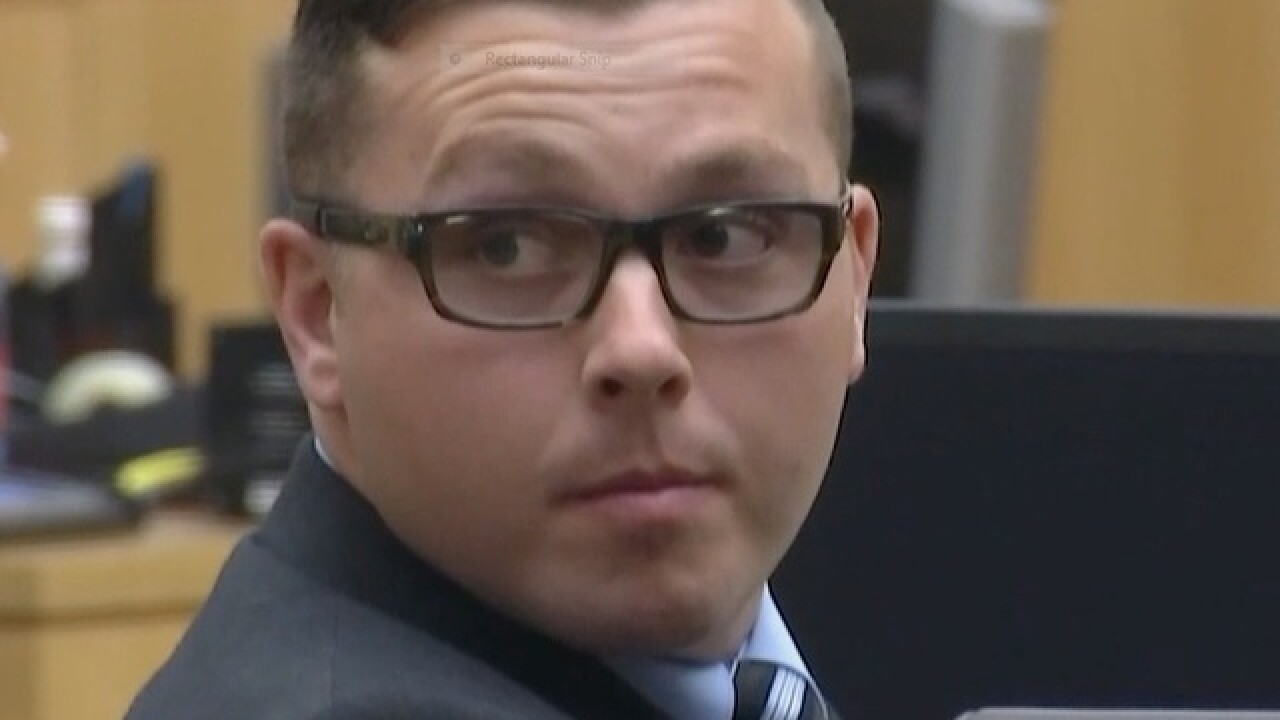 A former Mesa police officer charged with murder in the fatal shooting of a hotel guest nearly two years ago took the witness stand at his trial Wednesday, describing his split-second decision to shoot the unarmed man when responding to a call that someone at the hotel was pointing a gun out of a window.

Philip Brailsford said he fired his rifle when Daniel Shaver, while face-down in a hallway after officers ordered him out of his hotel room, reached toward his back as if he was pulling out a handgun. Brailsford said he was terrified for the safety of officers and a woman who were in the hallway.

His voice cracked with emotion when he described learning the next day that Shaver didn't have a gun on his body. "I still cannot understand why he made that motion," Brailsford said, adding that he wouldn't have fired if Shaver hadn't reached toward his back.

Brailsford, 27, is charged with second-degree murder in the January 2016 shooting at the hotel in Mesa. He would face 10 to 25 years in prison if convicted of the charge.

Officers who were responding to the call went up to Shaver's room, ordered him to exit, lay down in the hallway and refrain from making sudden movements -- or he risked being shot.

Shaver sobbed as he begged police not to shoot him and was ordered to crawl toward officers. As he inched forward, he reached toward the waistband of his shorts, leading Brailsford to fatally shoot Shaver. While no gun was found on Shaver's body, two pellet rifles related to his pest-control job were later found in his room.

The detective investigating the shooting has agreed Shaver's movement was similar to reaching for a pistol, but has said it also looked as though Shaver was pulling up his loose-fitting basketball shorts that had fallen down as he crawled. The investigator had noted he didn't see anything that would have prevented officers from simply handcuffing Shaver as he was on the floor.

The shooting occurred as police departments across the United States became the focal point of protests over deadly encounters with law enforcement.

Brailsford served as a Mesa officer for about two years before he was fired for violations of departmental policy, including unsatisfactory performance.

Shaver's mother cried and walked out of the courtroom when Brailsford described how Shaver's body fell over after the shooting. Shaver's widow, Laney Sweet, also cried during Brailsford's testimony.

Brailsford described to jurors the stress that he faced in responding to the call. He said officers didn't know whether Shaver was armed or whether there were other people inside Shaver's hotel room.

"We don't know all the information at this point. That's what we were dealing with. It was stressful," Brailsford said.

Brailsford also reflected on the aftermath of the shooting. "I felt incredibly sad for him," Brailsford said of Shaver.

Prosecutor Susie Charbel suggested in a question that Brailsford's testimony was coached, but her question was overruled by the judge.

Still, Brailsford said he watched a video of the shooting at least 100 times and reviewed a transcript from his interview with investigators in preparation for the trial.

"I felt I needed to be prepared for trial," Brailsford said.

The prosecutor is scheduled to continue her cross-examination of Brailsford on Thursday.