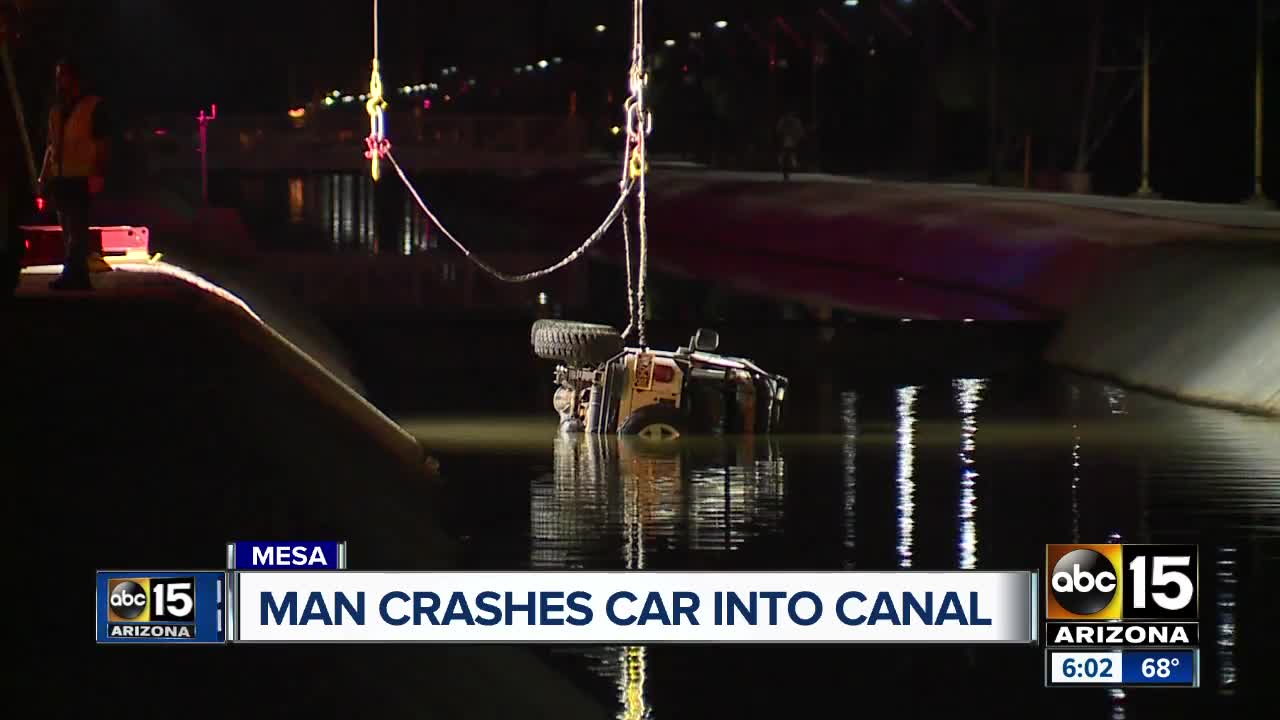 Chandler police are investigating after an allegedly impaired driver crashed his car into a Mesa canal near Palo Verde Park late Saturday night.

According to Chandler police, the crash occurred around 10:45 p.m. on Saturday and involved a 45-year-old man and 41-year-old woman.

Police say the man and woman were four-wheeling in the park when the male driver crashed into the canal.

Neither of the vehicle's occupants were injured, but police say the two fled on foot before being located nearby.

Impairment is believed to have been a factor in the crash, police say.

At this time, it is unclear if the driver or his passenger have been cited by police.