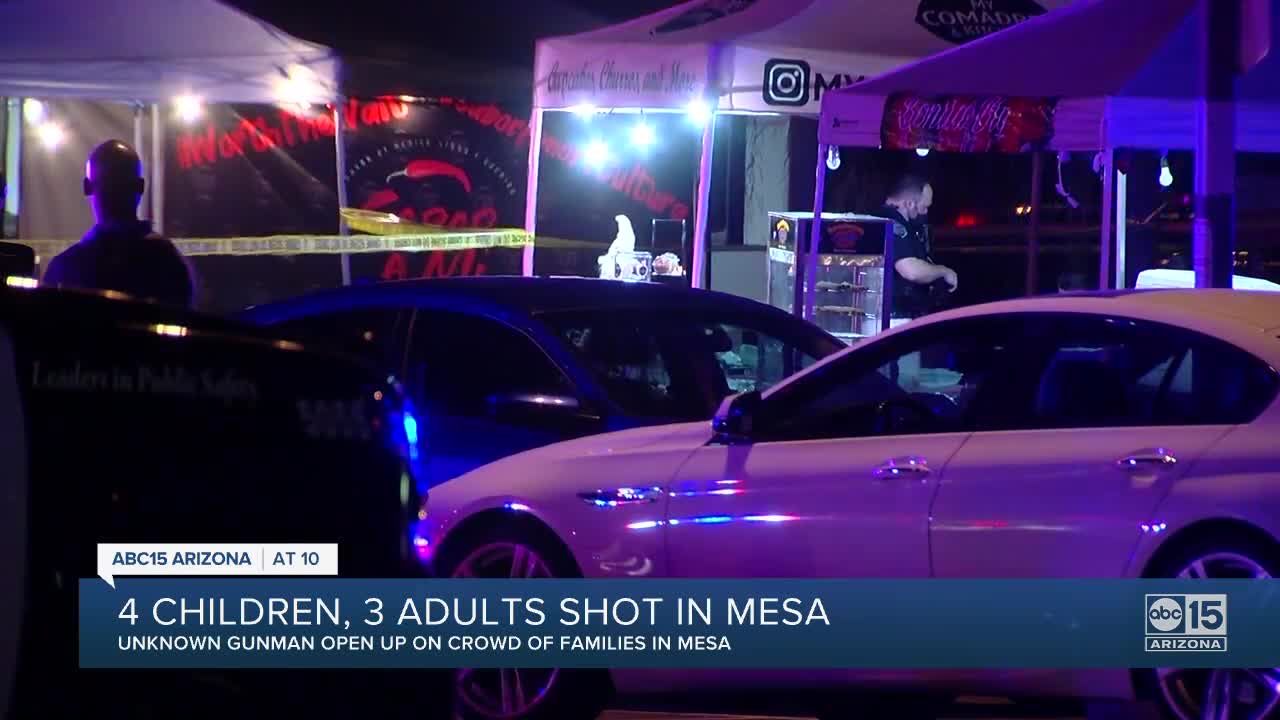 The Mesa Police Department says seven people have been shot, including children, during an incident in a parking lot near Dobson and Guadalupe roads Friday night. 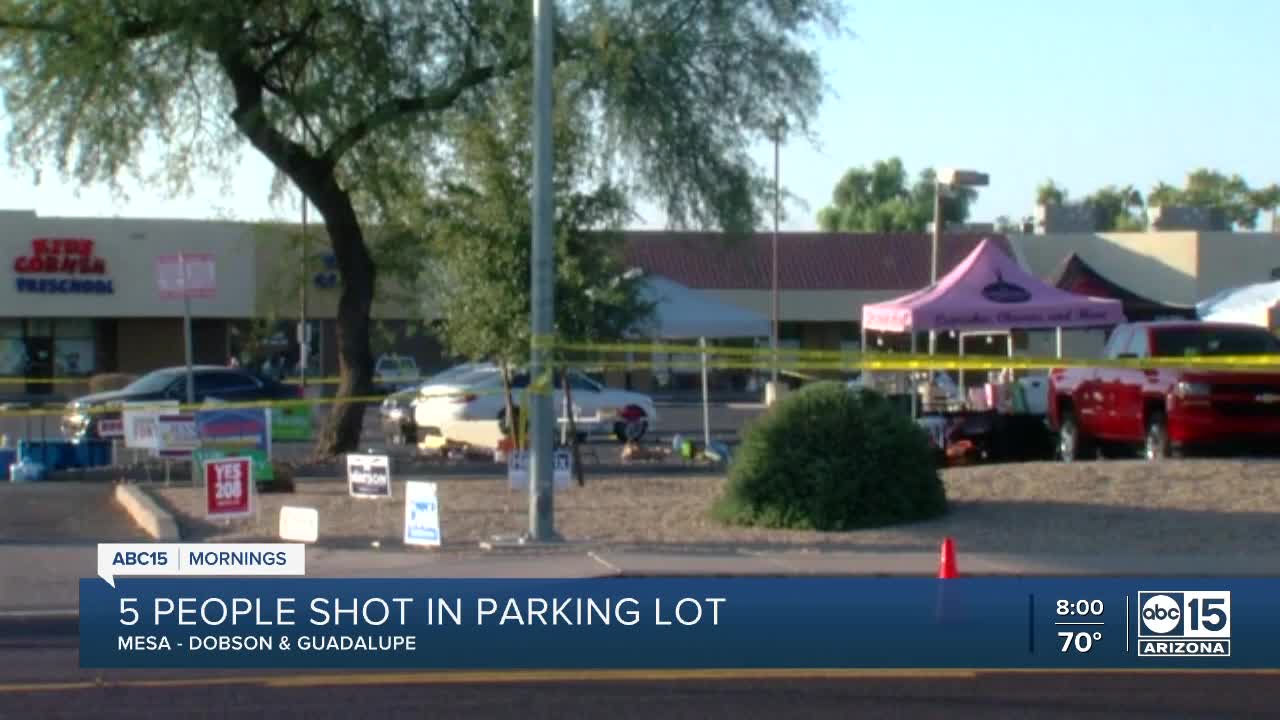 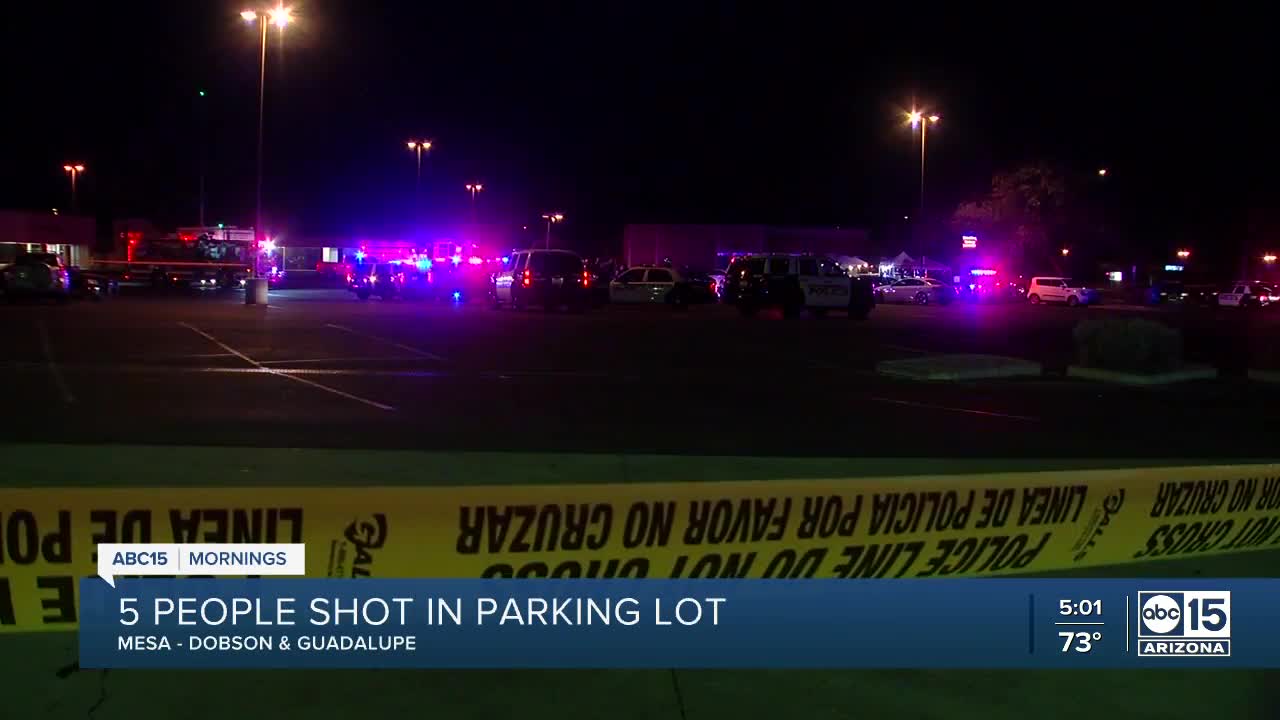 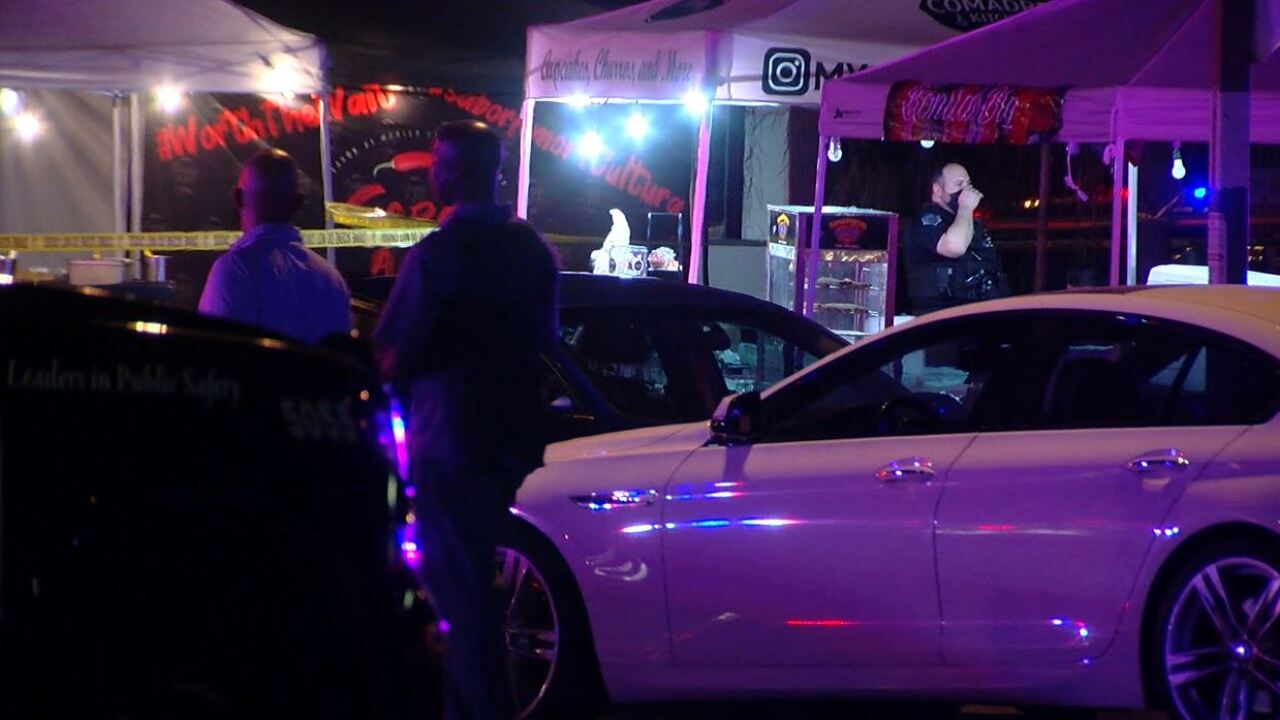 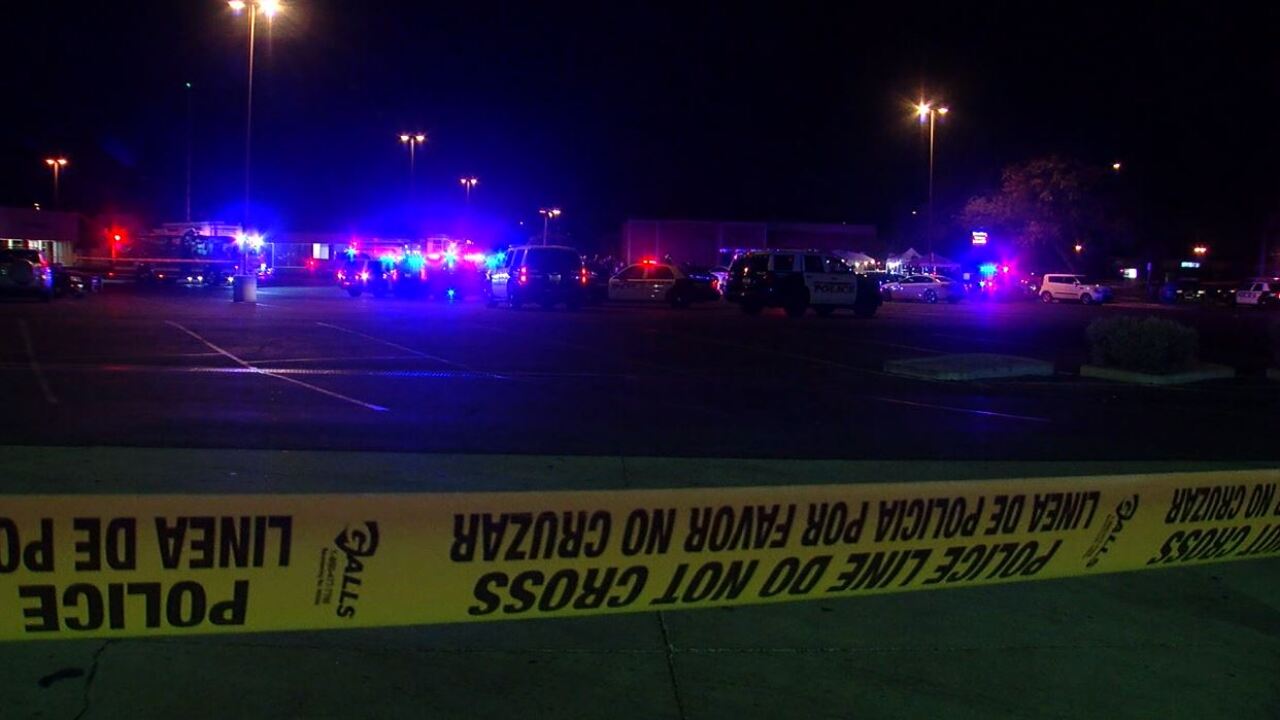 MESA, AZ — The Mesa Police Department says seven people have been shot, including children, during a drive-by shooting in a parking lot near Dobson and Guadalupe roads Friday night.

Mesa police say four children, aged one, six, nine, and 16-years-old and three adults were shot in the incident.

According to the family of the children, the 1-year-old child has died as a result of his injuries.

"Unfortunately the 1-year-old male victim succumbed to his injuries this afternoon," Nik Rasheta with Mesa police later said in a statement.

Officials say they responded to the parking lot at 9:30 p.m., where food vendors and families gathered.

Mesa police say occupants of a white vehicle, possibly a white or silver Kia Soul or box-type vehicle, opened fire at the food vending area in the parking lot.

A worker then returned fire at the vehicle before it headed westbound on Guadalupe Road toward Tempe.

Mesa resident Sally Holderbach was hit in the foot with a piece of bullet shrapnel when running to her car with her boyfriend.

"We just started hearing shots ring and everyone just scattered," said Holderbach, who was sitting near the food vendor Sabor A Mi waiting for food when the shots began. "And I felt my whole foot like vibrate and start stinging."

When being treated for her wound, Holderbach sat by and watched as medical personel tended to the other victims.

"I saw them carrying away a small child that looked severely injured, like limp, not moving at all. and people were screaming to help the baby," said Holderbach. "I saw a man laying on the ground. He wasn't moving.

"I saw them carrying away a small child that looked severely injured, like limp, not moving at all."

After being shot in the foot last night, Sally recalls the horrifying scene after the shooting at Dobson and Guadalupe. More tonight at 10pm on @abc15 pic.twitter.com/hSziIc8Hc3

Multiple projectile strikes were located on the scene on food vendors' canopies, cooking equipment and exteriors of businesses surrounding the vendors.

During the preliminary investigation, officers learned that there was an altercation earlier where a male assaulted a woman, and the food vendors nearby broke up the fight.

This incident has not officially connected to the shooting as of yet.

Police say the other victims' injuries range from severe to minor and all are expected to live.

Please join me in praying for the families and victims of last night's shooting. Our City will use every resource to bring those responsible to justice.

"It's a sad and it's a tragic day," said Mesa Police Chief Ken Cost on Saturday.

Watch live video from a press conference below:

Mesa police provide update after seven were shot, including children, near Dobson and Guadalupe roads

Mesa police are providing an update after seven people were shot near Dobson and Guadalupe roads last night: https://bit.ly/3k76HOM

Police say a suspect has not been located, and they searching for a white or silver Kia Soul or a boxcar type of vehicle.

Other than a vehicle, Mesa PD doesn't have much information about the shooter, and Police Chief Ken Cost is turning to the public for help.

"There are people who know the suspects who committed this crime," said Chief Cost. "There's people who know the shooters. They know who were involved, who helped them. The bottom line is this: whether those people are a family, friend, acquaintance, they crossed the line. They shot children and that's unacceptable."

Mesa Police is asking the community for any information about the shooters that may lead to an arrest. If you have any information, please contact the Mesa Police Department at 480-644-2211 or at Silent Witness at 480-WITNESS or 480-343-TIPS.