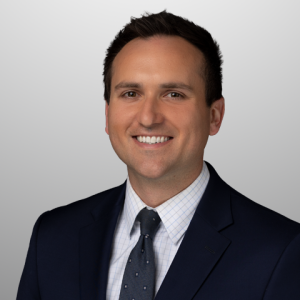 Kotsur won the Academy Award for best supporting actor Sunday night. Trying to make it in Hollywood as a deaf actor is hard enough.

Trying to make it in Hollywood as a deaf actor is hard enough.

Mesa's-own Troy Kotsur overcame being deaf in a hearing world, loss and tragedy in his family.

He never gave up on his craft as an actor and was awarded an Oscar at the 94th Academy Awards.

Underneath Mesa's Superstition Mountains is where the Kotsur family started to make a life for themselves. Each member of the family found a way to give back to the Valley community.

The second youngest son of the family, Troy chose to serve the community on the stage over the streets.

After grade school among others who were deaf, Troy learned how to be deaf in a hearing environment outside of his family at Westwood High School in Mesa.

"He loves communicating with hearing folks because it's a game to him," said Brian Kotsur.

Some of his first exposures to theatre were on the stage at Westwood High School.

Being deaf didn't seem as challenging to Troy after some of the losses the Kotsur family endured.

When the youngest son, Brent, was just four years old, he nearly drowned in a pool, causing brain damage that required assisted living for most of his 21 years of life.

"My brother's brain damage, he was not able to really function," said Troy.

Years later in 1987, then-Mesa Police Chief Leonard 'Len' Kotsur was hit by a drunk driver that left him paralyzed from the neck down.

"It impacted us deeply," said Brian.

Brian says Len was the best signer in the family, who was now without the use of his hands. Sometimes, Len communicated with Troy by using a pencil to type out a sentence for Troy.

"It was mostly Troy reading my father's lips and expressions," said Brian.

"I couldn't complain being deaf, being deaf is nothing. I can play golf, I can enjoy the outdoors, I can go fishing. My father couldn't, and my brother couldn't. That's what taught me so much. I didn't care about my deafness," said Troy.

Troy stayed driven on his dream to be an actor, doing every small play and featuring in TV shows like 'Scrubs' and 'Criminal Minds.'

In the deaf community, facial expressions are like accents for many foreign languages. The regular practice of trying to communicate with the hearing world as a deaf person helped Troy craft his ability to be such an expressive artist.

"I might struggle going into a hearing business, they might think I'm crazy or angry, because I'm so expressive but I'm really not," said Troy.

"Just the nature of someone that signs, you know, they're expressive," said Brian.

Troy is now the easy favorite to win best supporting actor for his role as Frank in CODA, child of a deaf adult.

His co-star, Marlee Matlin, blazed the trail for deaf actors like Troy when she became the first-ever deaf actor to win an Academy Award for 'Children of a Lesser God' in 1986.

Marlee, a clean-shaven Troy, and the rest of the CODA cast were at the White House with President Joe Biden and First Lady Jill Biden days before the Academy Awards.

"I assume you understand the impact on the whole country. It helped so many people," said President Biden in a video tweeted out on the First Lady's Twitter account.

To Marlee, Troy, Emilia, Daniel, and the entire cast of CODA – the Rossi family will always live in our hearts.

Thank you for an afternoon filled with so much 🤟🏻💕 pic.twitter.com/QIWtLSMLr5

The Apple Original movie, CODA, is a story about the only hearing member in a deaf family who wants to pursue a career in music.

Being the daughter of two deaf parents, Kyra says her name is easier to sign the way it's spelled.

One of her passions is music.

She plays piano and guitar, which she tries to share with her deaf parents.

When she plays a song in the car or plays something on guitar, her parents will put their hands near the tone.

"He'd try to feel the vibe of what I was listening to, if it was sad, if I was playing something upbeat, like he could tell. He's like 'Wow, it's fast or slow,'" said Kyra.

Troy admits he "doesn't know anything about music."

"I didn't know the difference between an acoustic or electric guitar, so I bought her both," said Troy.

He knows plenty on what it takes to turn a passion into a career - no matter the challenge.

"I really enjoy my daughter being so passionate," said Troy.

"I really admire that about them, they really can't understand what I see in music because it's obviously very different or them, but they've never stood in the way of it," said Kyra.

When asked what's next for the Oscar winning actor, Troy said he's reading scripts for his next project.