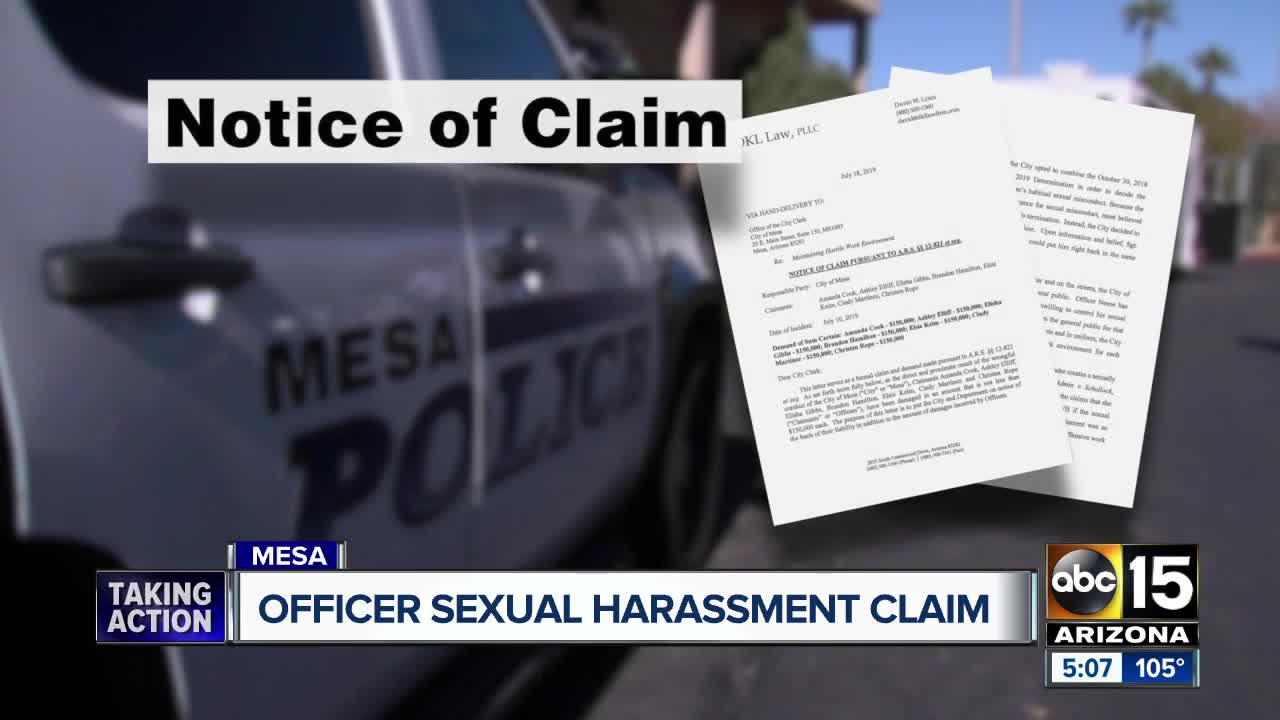 Seven Mesa police officers have filed a claim with the city over how it handled the discipline of a sergeant found to have sent sexually harassing messages to six female officers and the spouse of one male officer. 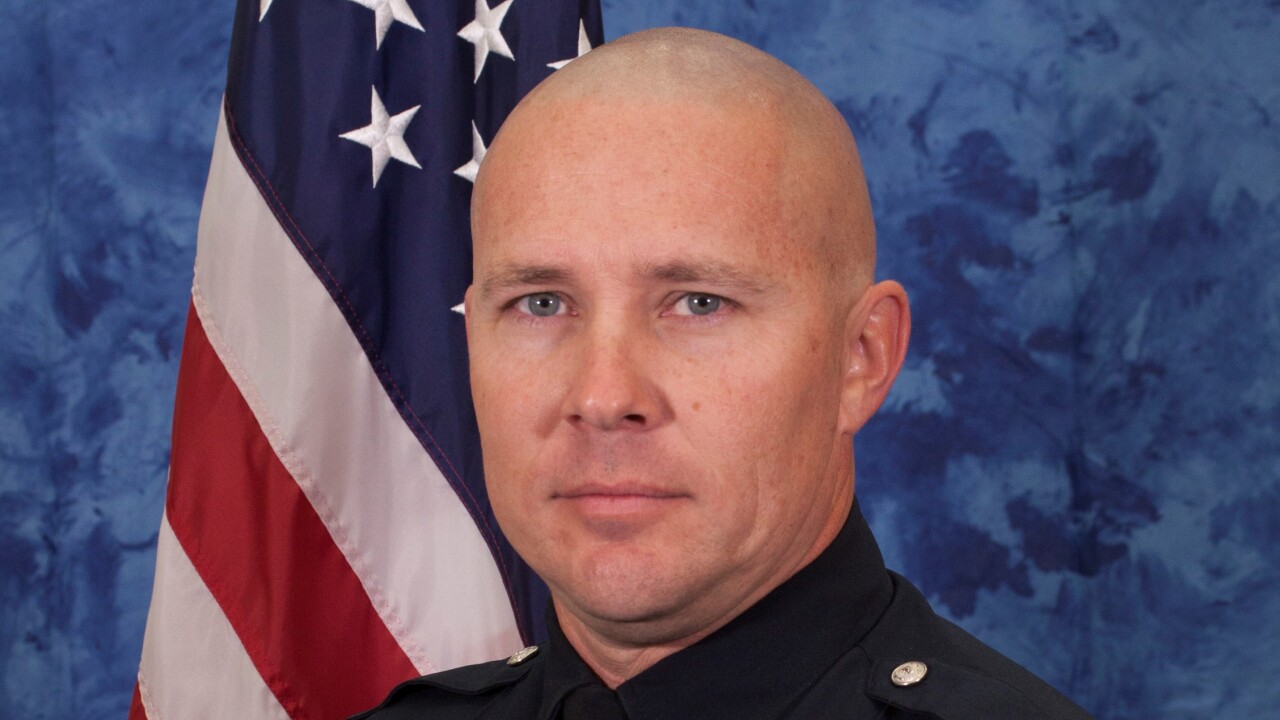 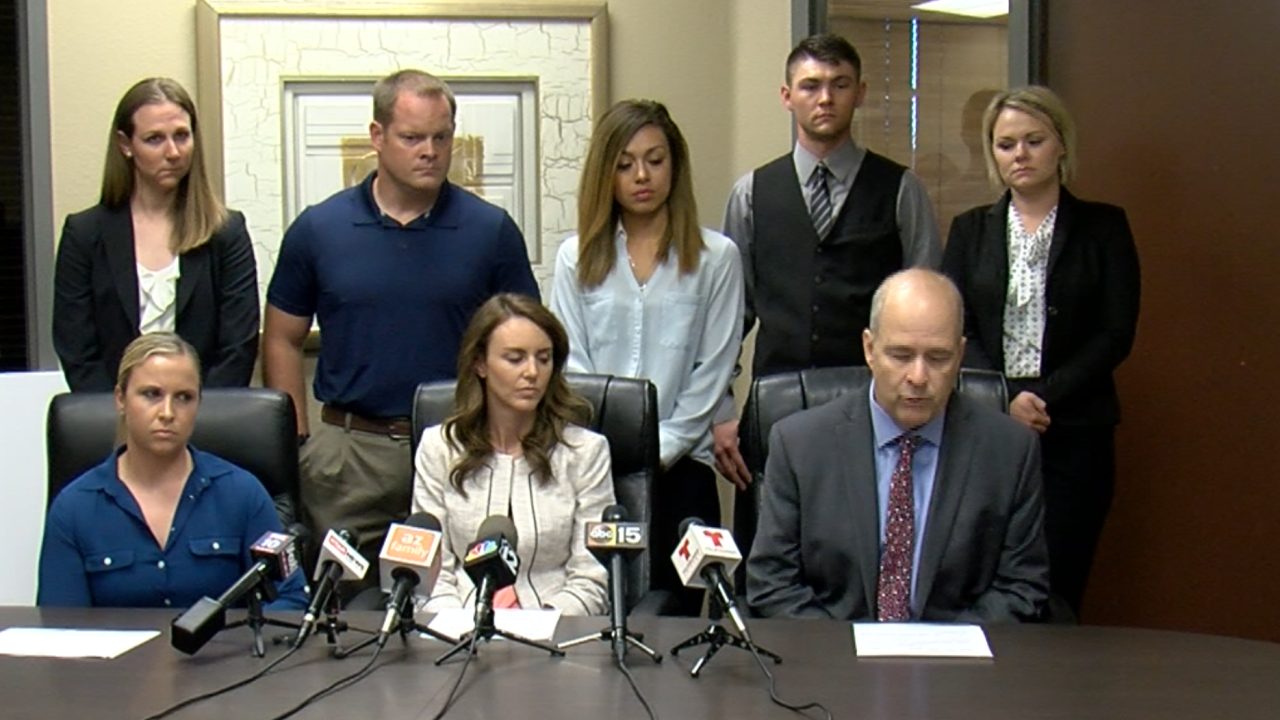 MESA, AZ — Seven Mesa police officers have filed a claim with the city over how it handled the discipline of a sergeant found to have sent sexually harassing messages to six female officers and the spouse of one male officer.

The claim, which is a precursor to a lawsuit, says the city failed to appropriately discipline Sgt. Jeffery Neese after he was found to have repeatedly violated the city's policy against workplace harassment.

According to human resources investigations of complaints by the officers, Neese sent sexually harassing texts and Facebook messages to officers Amanda Cook, Ashley Elliff, Elisha Gibbs, Elsie Keim, Cindy Martinez, and Christen Rope, along with the wife of officer Brandon Hamilton. The harassment stretches back to at least 2014, according to the claim and the city's internal investigations.

"It was clear to us that his behavior went unchecked for years," Elliff said. "This was multiple incidents over a span of time. He was well aware of that what he was doing was wrong"

Neese was found to have drawn a nude cartoon of Keim, Gibbs, and Rope and told several of the officers he thought about them while pleasuring himself, among other suggestive and unwanted messages.

"In his rebuttal to investigators, Sgt. Neese blamed the victims," Cook said. "He accused them of failing to stop him. He accused them of dressing or dancing provocatively in their free time, and that’s why it was okay for him to send these messages."

As a result of the findings, Neese was removed from the department's SWAT unit and demoted to patrol officer. The victims claim the city's discipline was not enough.

"Officer Neese has unequivocally demonstrated that he is unable or unwilling to control his sexual harassment of his fellow female police officers or even the general public," according to the notice of claim. "[B]y keeping officer Neese on the streets and in uniform, the City of Mesa has created and is perpetuating a hostile work environment."

By keeping him employed, the officers say they suffer "anxiety, concern, apprehension, trepidation, dread, and even fear" about working with or encountering Neese on the job or at professional functions.