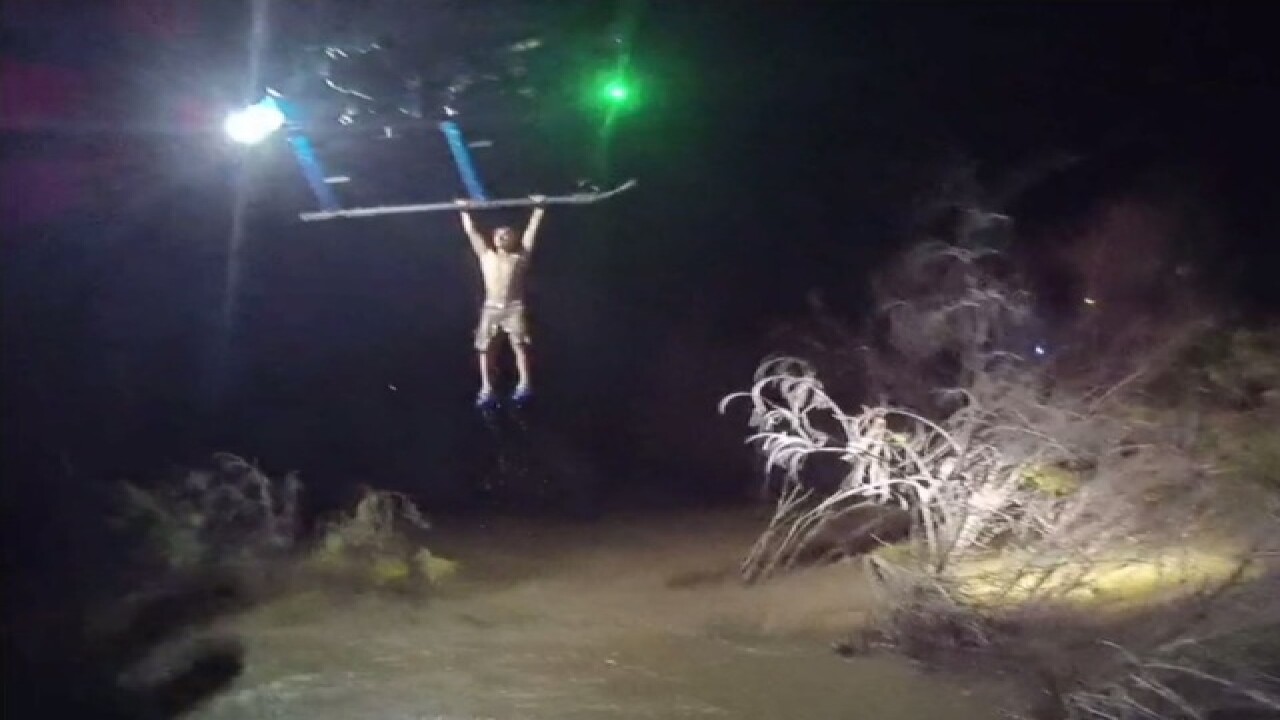 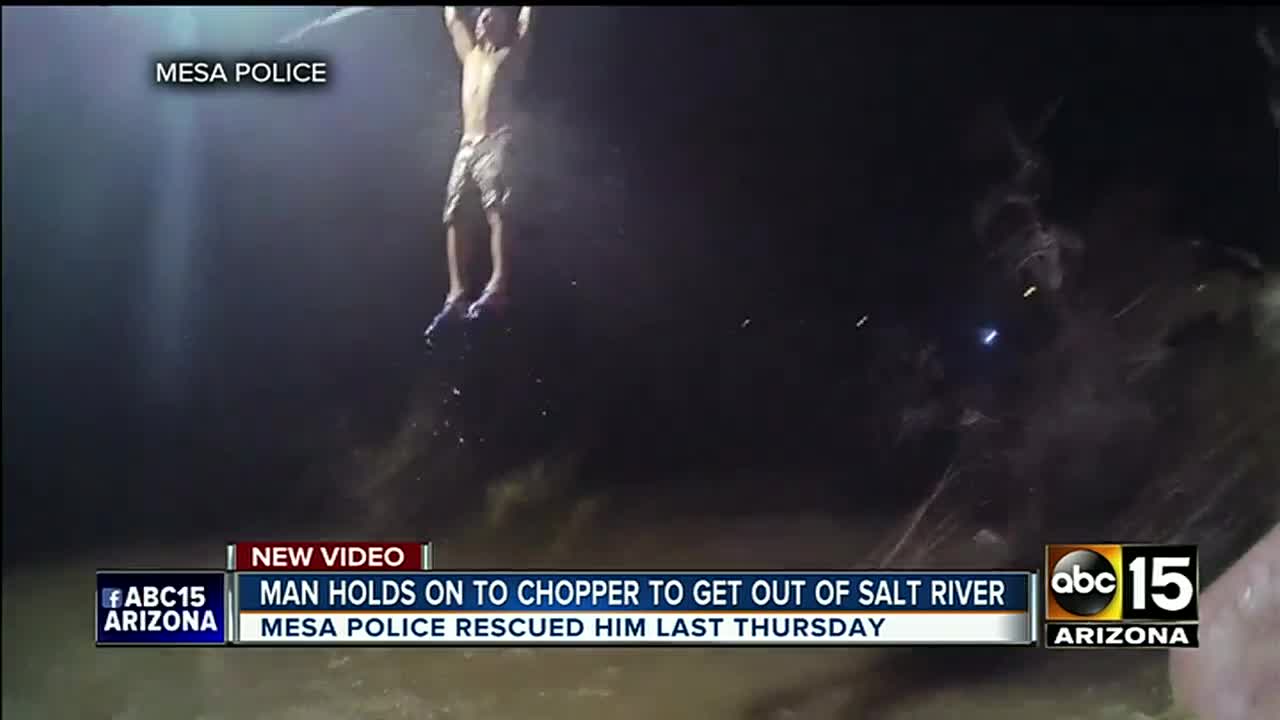 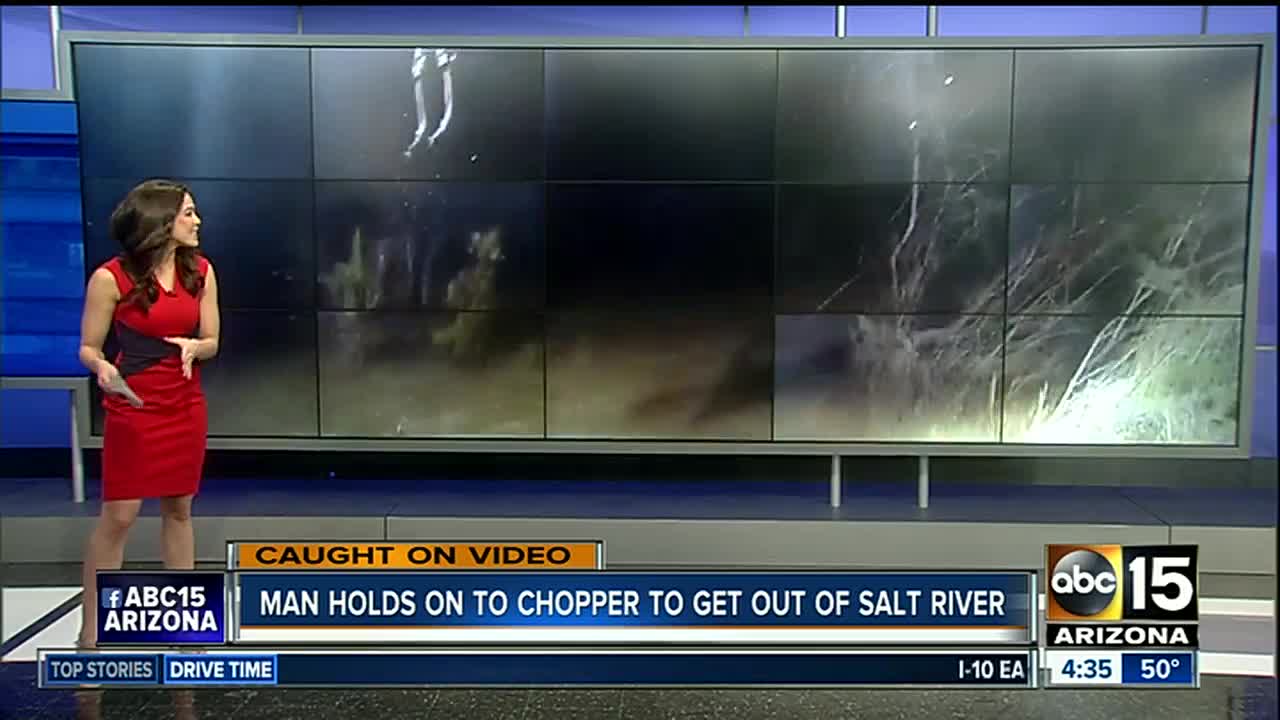 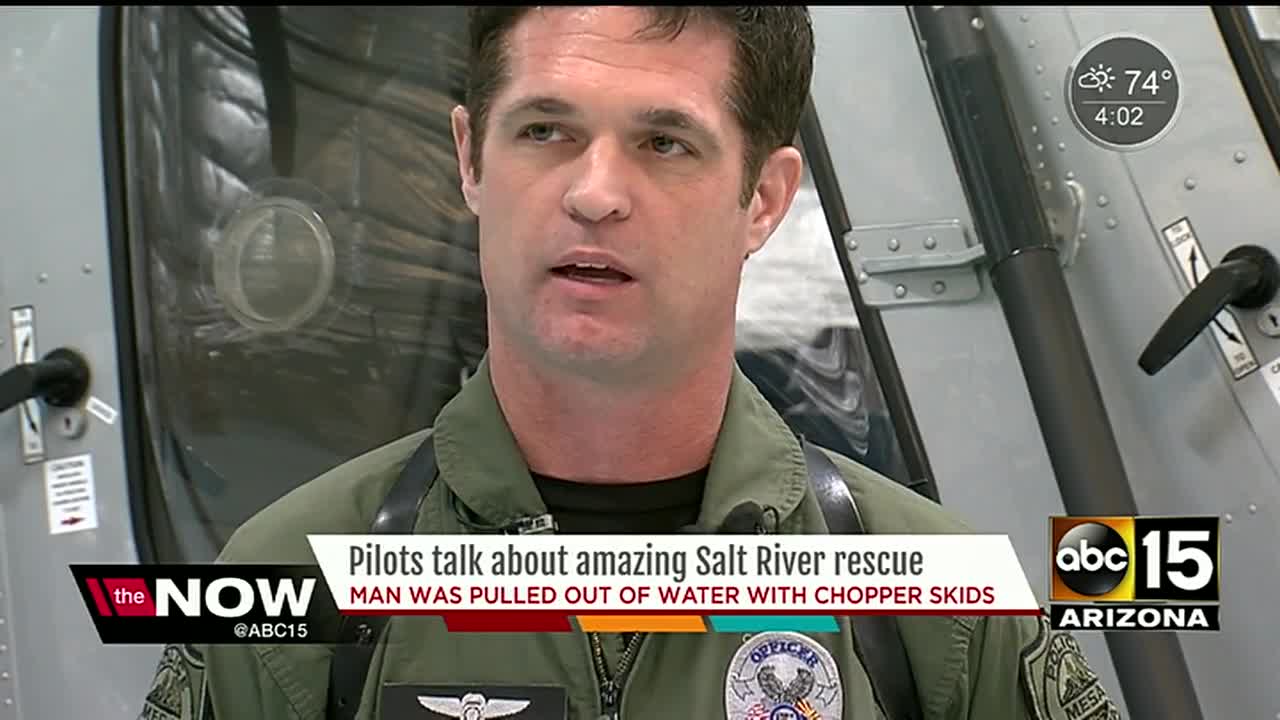 A police helicopter was able to rescue a man stranded last week in the middle of the Salt River.

According to the Mesa Police Department, a passerby called 911 after hearing calls for help in the river bottom near Sloan Park on Thursday night.

The department's air unit, the bystander and ground units searched until they found the source of the cries: a man perched on some debris near the north side of the river bottom.

The man told first responders he could not make it to shore due to the current of the river and reported weakness due to cold temperatures.

The Salt River has "substantial" water in some areas due to recent heavy rains, police said. The river is running over five roads and has led to the destruction of at least one in recent weeks.

Crews assessed the situation and determined the stranded man could be reached by helicopter. The pilot brought the aircraft near the victim, who was able to hold onto the skid as he was lifted to safety.

Paramedics checked out the victim, who had no signs of serious injury.

Police say the man was identified as a transient who was living in the river bottom when the Salt River Project began releasing water downstream to relieve pressure from its reservoirs.

He said he created a small raft to try and reach some of his belongings from an island in the river when he was swept away by the current.

The entire incident was recorded on a police officer's body camera.