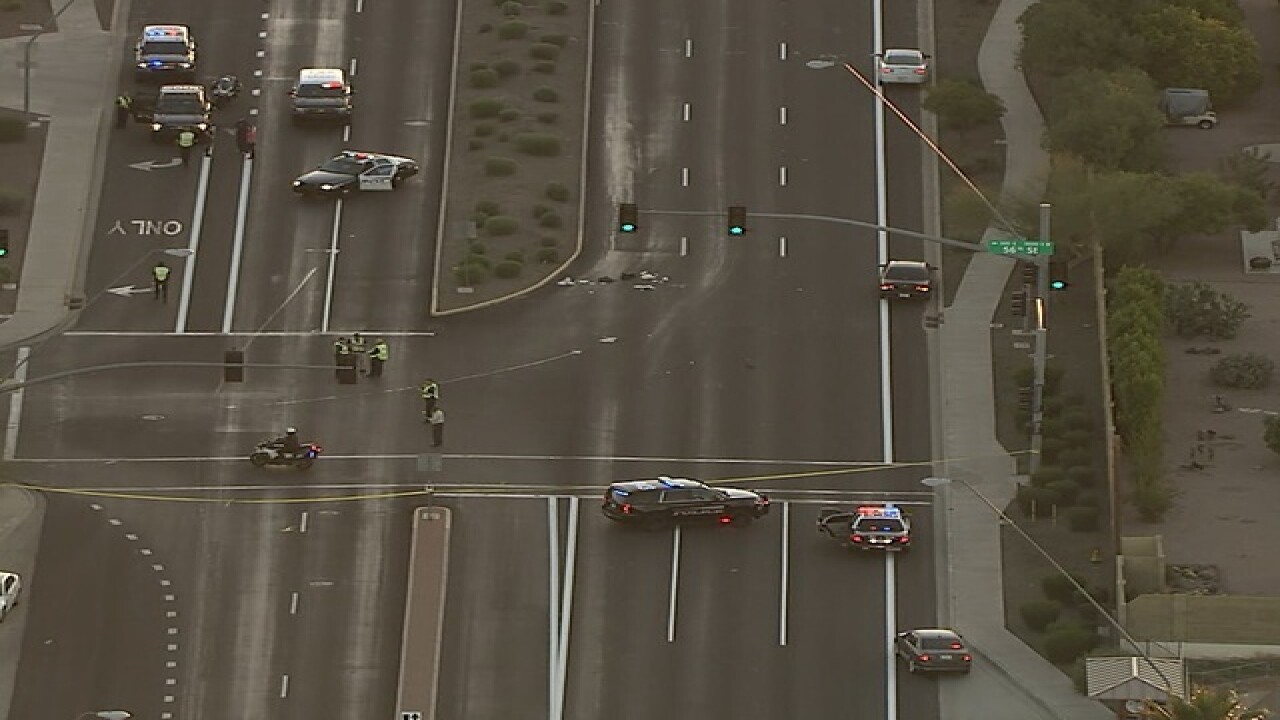 Authorities say the 7-year-old injured in a hit-and-run crash earlier in the week has died from his injuries.

On Wednesday, Mesa police responded to a crash near 56th Street and Broadway Road. Officers say the boy, later identified as Carter Wojahn-Curry, was crossing the street around 7 a.m. when he was hit.

Police later arrested Maria De Jesus Cabrera Davila, who was advised by a family member to return to the scene. Court documents indicate Davila only has a learner's permit.

State law requires those with a learner's permit to have a fully-licensed driver present in the vehicle. It's unclear if that was the case at the time of the crash.

Mesa police said impairment did not appear to be a factor in the crash.

Memorial for Carter Wojahn-Curry growing at 56th and Broadway in Mesa. Curry was victim of hit & run crash earlier this week. pic.twitter.com/R8NJ3y3zBZ

Davila will be charged with failure to remain at the scene of a serious injury collision, police said.