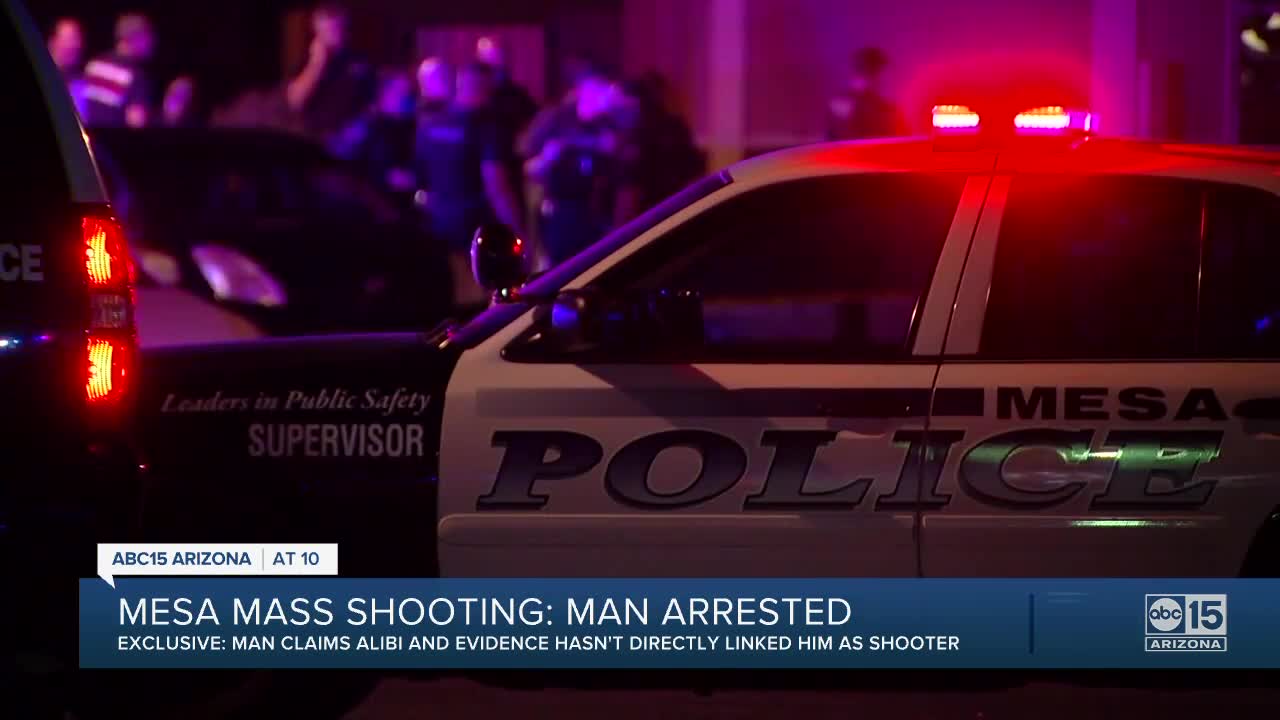 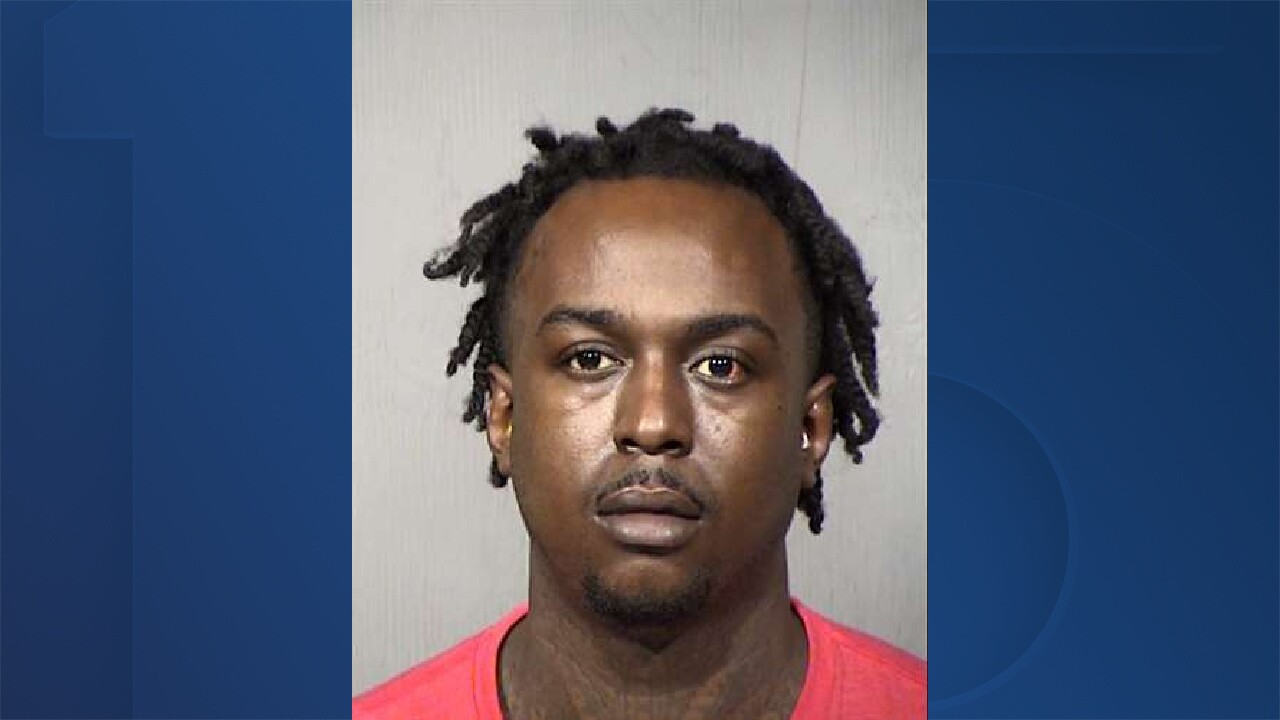 MESA, AZ — Mesa police and federal agents have made an arrest during the course of their investigation into a deadly drive-by shooting.

Alvin Dancy was taken into custody Sunday night, after investigators obtained a search warrant in connection to Friday night's shooting near Dobson and Guadalupe.

Since the bullets were sprayed at the families and children, detectives with Mesa and agents with ATF, the US Marshals, and the FBI have been working non-stop to try and identify and arrest the shooter and people in the car.

According to court documents, detectives had obtained a search warrant for his car and residence. They obtained the warrant based on "social media postings," specifically an Instagram post where Dancy, a convicted felon, is seen holding "two AR-15 style rifles."

When officers pulled him over, with his three-year-old son in the car, the plain-clothes police and US Marshals say they found a gun Dancy tried to hide under his seat.

Dancy was arrested and booked into jail for possessing the weapon. He was convicted of kidnapping in 2013, so he is prohibited from carrying a gun. In addition to the new charge, it was also a violation of his probation.

"He was surrounded by cars. The first car rammed into him from the front. The second car rammed him from the back. Then they rammed him on the side. And that’s when the car is put on their lights and said freeze, put your hands up," said Aleisha Jackson, Dancy's girlfriend.

Jackson said that once Dancy was taken into custody, it became clear what the detectives were interested in discussing.

"They started questioning him about an incident that happened in Mesa," she said. "He had no clue what they were asking him about."

Jackson said it was only after Dancy was released hours later that he learned about the deadly drive-by shooting in Mesa Friday that killed an infant.

Even though he was released from the MCSO jail after hours of questioning, he was arrested just days later. Dancy was pulled over Thursday afternoon around 1:30 p.m. He was questioned again for hours, and once again booked into jail for possession of a weapon by a prohibited person.

"How confident are you that he had nothing to do with Mesa’s incident," asked ABC15's Zach Crenshaw.
"110%...He was partying with my brother," replied Jackson.

"He has an airtight alibi with credible witnesses," said Jocquese Blackwell, an attorney working with the family. "I think they are desperate. I think they have a certain amount of time to find an individual. They’re pressed for time to find this individual. They are looking at Facebook posts. Instagram posts. And they’re looking for anybody that fits a certain description."

Mesa PD would not comment on the arrest, only saying the investigation is active and ongoing.

A federal law enforcement source confirmed to ABC15 that Dancy was arrested during the course of the investigation.

Detectives hope to hold responsible the person who repeatedly pulled the trigger and ruined so many lives.

Jackson says she wants the same.

"I feel like this is all a mistake," she said.

Mesa Police is asking the community for any information about the shooters that may lead to an arrest. If you have any information, please contact the Mesa Police Department at 480-644-2211 or at Silent Witness at 480-WITNESS or 480-343-TIPS.