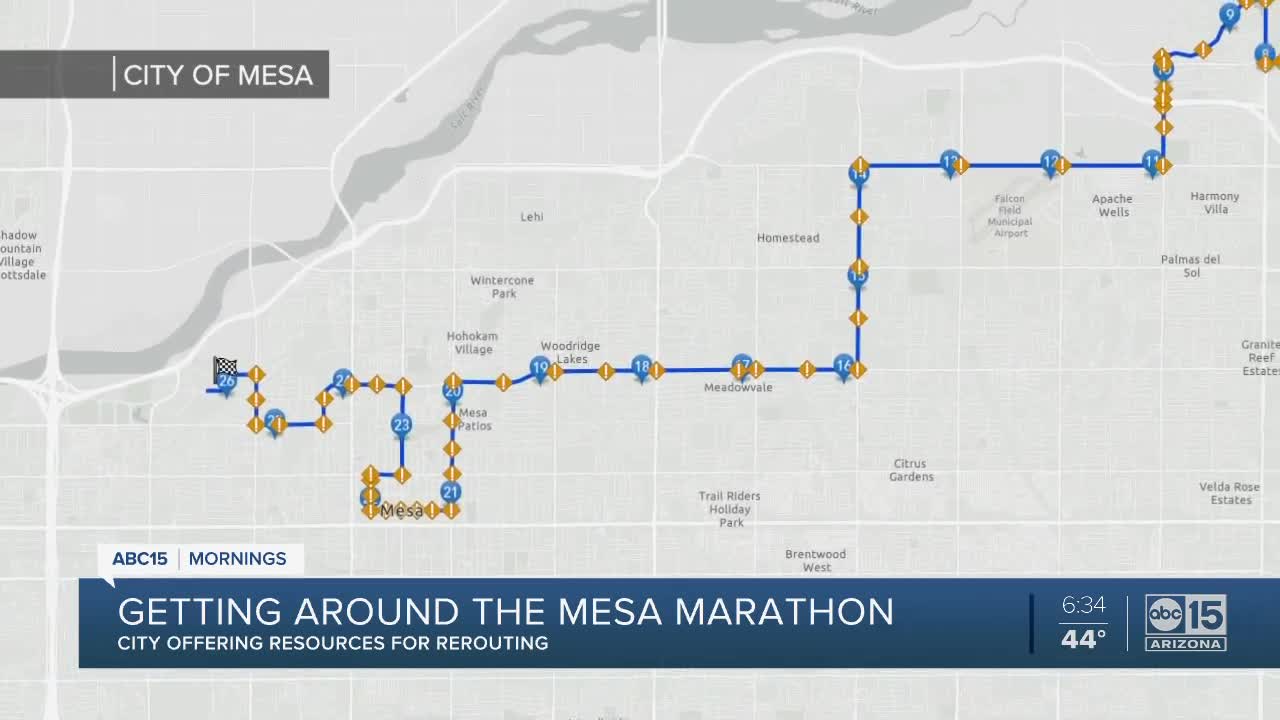 The Mesa Marathon is underway we're taking action to tell you how to get around the race. 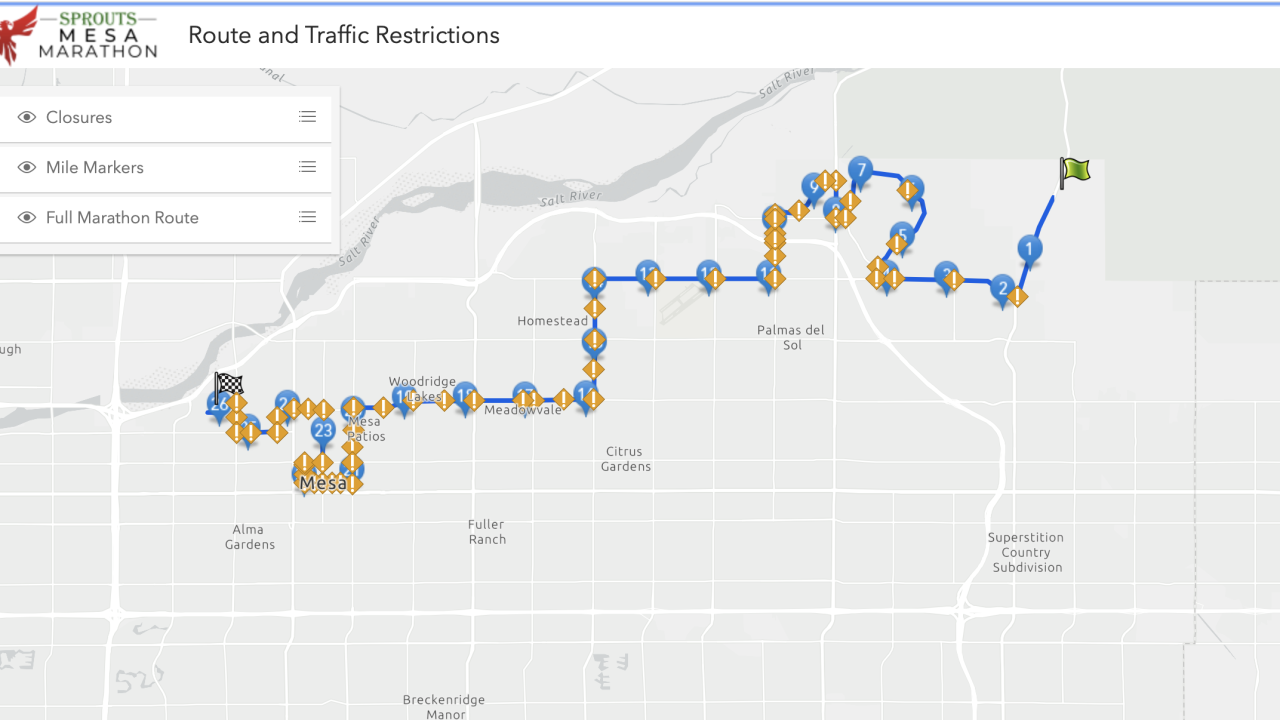 MESA, AZ — More than 7,000 runners are expected to take part in Saturday's 2020 Sprouts Mesa Marathon and the city is offering resources for people who aren't running to plan ahead of road closures.

"During the marathon we essentially cut the City of Mesa in half," traffic control supervisor Craig Brisbois told ABC15.

The marathon, beginning in Usery Mountain Regional Park and ending at Mesa Riverview, will close major intersections and restrict traffic from the early morning through approximately 1 p.m. Saturday.

Brisbois said after hearing from residents in years past, the city launched an interactive map online and is offering a phone number for anyone who is traveling in the city to receive one-on-one rerouting assistance. Traffic employees will be in communication with police and race organizers throughout the marathon to pass along updates as intersections and roads reopen.

"Obviously we really try to encourage people to get away from the race route because as you get more traffic towards the route, it gets very congested," he said.