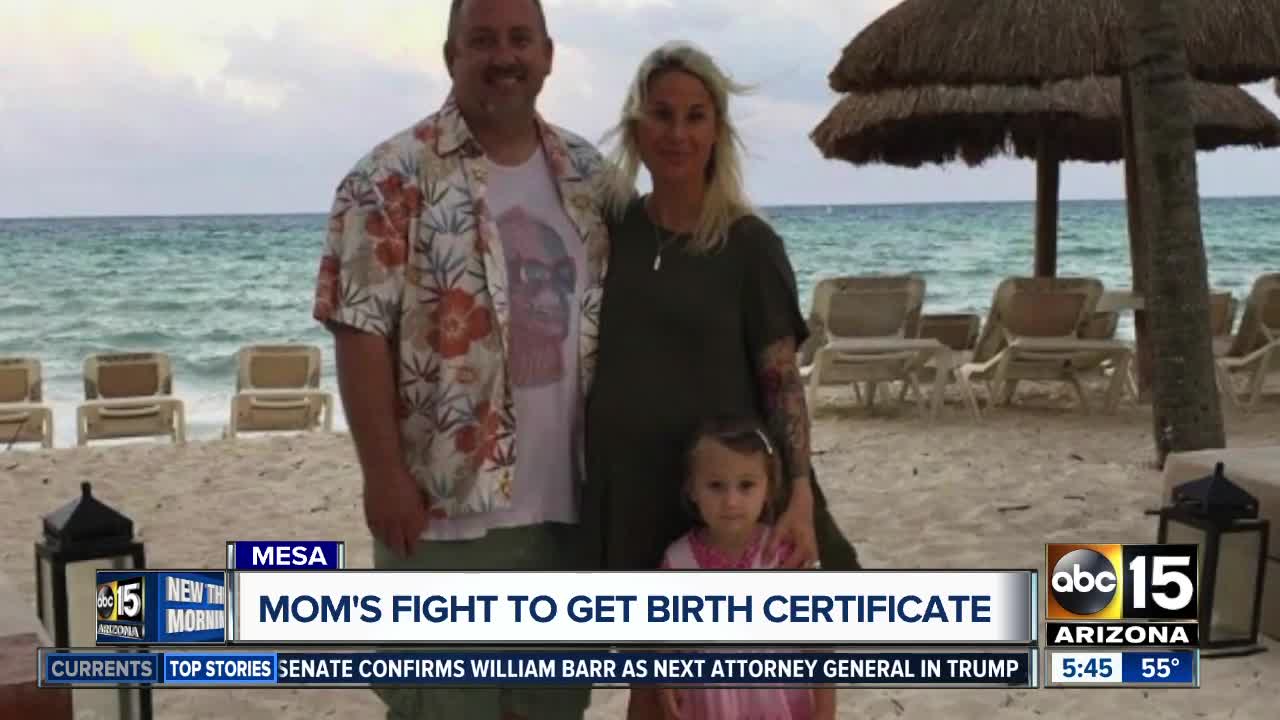 A baby born during an emergency C-section in Mexico has a Mesa mother struggling to get her child's birth certificate.

An infection forced Maggie Stewart to deliver her baby girl, Poppy, at just 26 weeks while on a trip in Playa del Carmen, Mexico. They were on the trip to honor her mother who had just passed away.

Everything 10-month-old Poppy Stewart does today is nothing short of a miracle.

"He just looked at the monitor and looked at us and said, 'Emergency! Emergency!'" explains Stewart.

Maggie had contracted an infection in her uterus and had no other choice but to give birth early.

"I was losing massive amounts of fluid and the baby was in crisis."

It was a crisis that grew more complicated and more dangerous by the day.

After she was born, Poppy was rushed to the nearest U.S. hospital in Miami where she stayed for the next four months.

"There's been a lot of joy, coupled with endless challenges."

Those challenges now include being at the center of an immigration puzzle that no one knows how to solve.

During the chaos of everything, Poppy was given a document that says "certificado de nacimiento" - which means birth certificate, in Spanish - and it also has a plethora of other identifying information, but despite that, Maggie was told when she got to Miami that it wasn't enough.

It turns out, Maggie was missing what's known as an "application for consular report of birth abroad" and it needed to be filled out back in Mexico. At the time, Maggie was worried about getting her baby safely back to the U.S. and wasn't aware of the rules.

Maggie says without that form, she can't do much, including getting Poppy a social security card.

Poppy has a temporary passport, but it expires in May.

On top of that, Maggie and her husband, Jeremy, are forced to juggle the medical responsibilities of caring for a premature baby.

"Not only are we dealing with the struggle of getting her citizenship squared away," Maggie explains, "I mean, she has more specialists in her short little life here in Arizona than all of us probably combined."

The Stewarts know there is no "quick fix" for Poppy's health, but now, they're hoping someone, somewhere can help them sort through this document debacle.

"I am nowhere near closer to having her birth certificate now than I was in April."

ABC15 spoke with the Mexican consulate in Phoenix Thursday. We were told they would look into the case.

Rep. Andy Biggs' office tells ABC15 they are now also trying to help the family sort through everything.