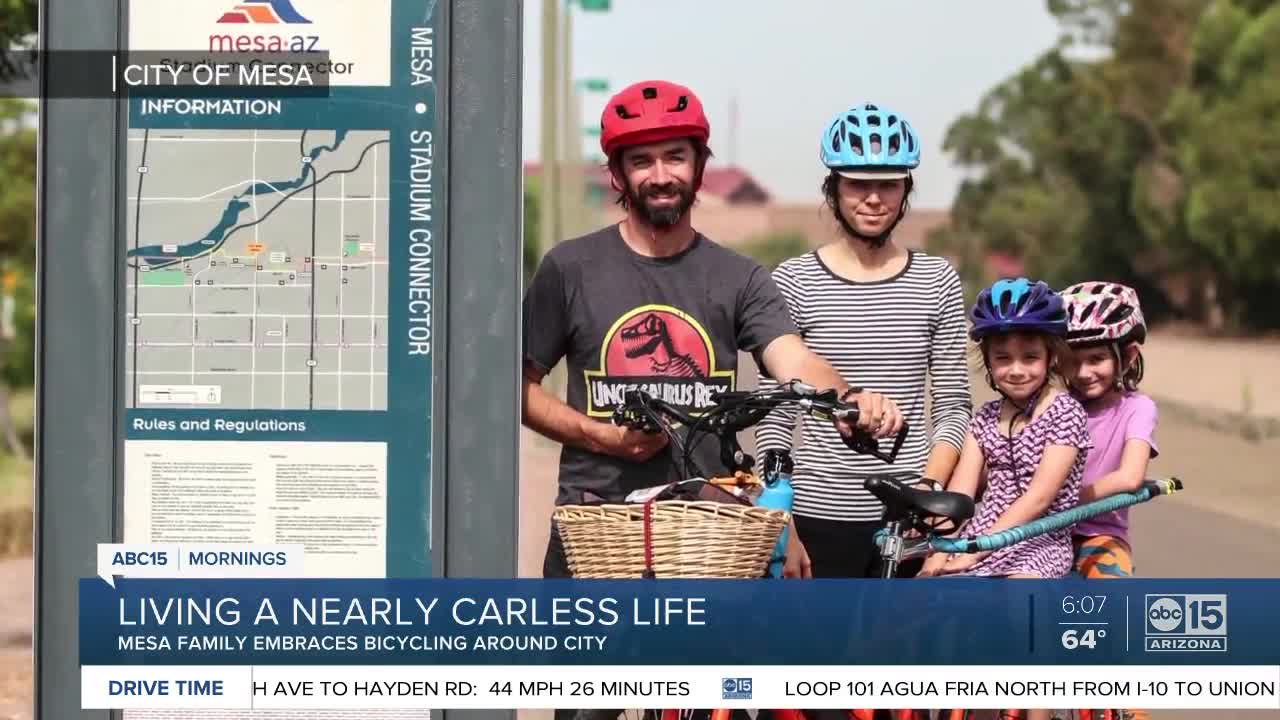 A Mesa family is living life without vehicles.

MESA, AZ — Whether running errands, dropping off her daughters at school or taking a trip to the park, Camille Weaver and her family travel there on a longtail cargo bike.

"Just bit by bit we started to incorporate biking in our life," she told ABC15. "It was fun. We could connect easier with each other and our children. We weren't having to fight car seat buckles."

Weaver said the family does own two cars but, with the exception of the hot summer months, they travel by bike almost exclusively. The biking lifestyle was among the most important factors when choosing where they would live.

They "drew a circle of...five miles around our house and tried to make sure that all of our priorities could fit inside of that," she said.

In recent years, several Valley cities including Mesa have embraced the shift toward biking.

"The environmental impact is reducing the vehicles on the roadway [but] it's also having a healthier community riding and being more active," said Mesa Supervising Transportation Engineer Al Zubi.

Since 2012, through Mesa's bicycle master plan, the city's added around 450 miles of bike lanes to its roads. A revision to the master plan in 2017 identified and prioritized around 100 bike-positive projects. In recent years, thanks to at least partial funding by grants, Mesa's constructed several shared-use paths connecting various landmarks and community points of interest.

Weaver understands that some families may be hesitant to embrace a lifestyle like hers but she encourages everyone to at least try incorporating more biking into their own life.

"We can see a lot of the beauty of our place and we can see the things that aren't so beautiful which didn't turn us off to biking, or our [community], but actually helped us to be more engaged citizens of where we live."