Inside look at the role of a Mesa school resource officer 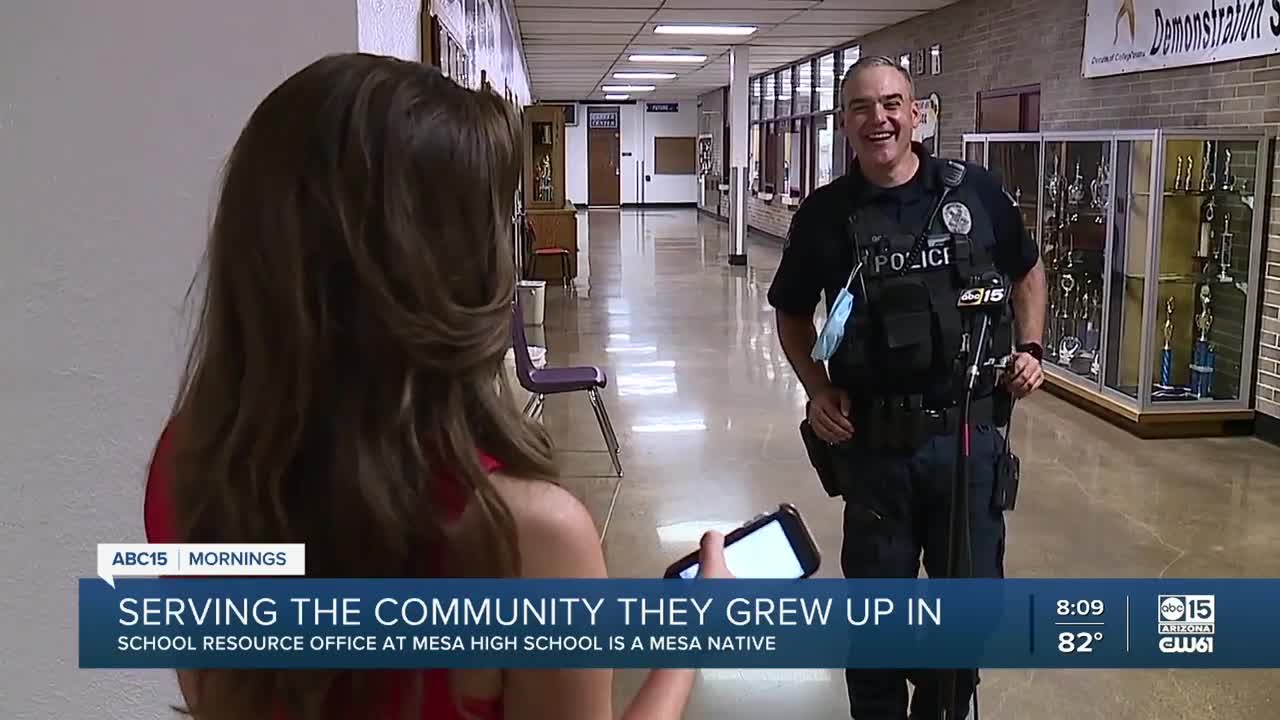 A Mesa school resource officer is serving the community in which he grew up. 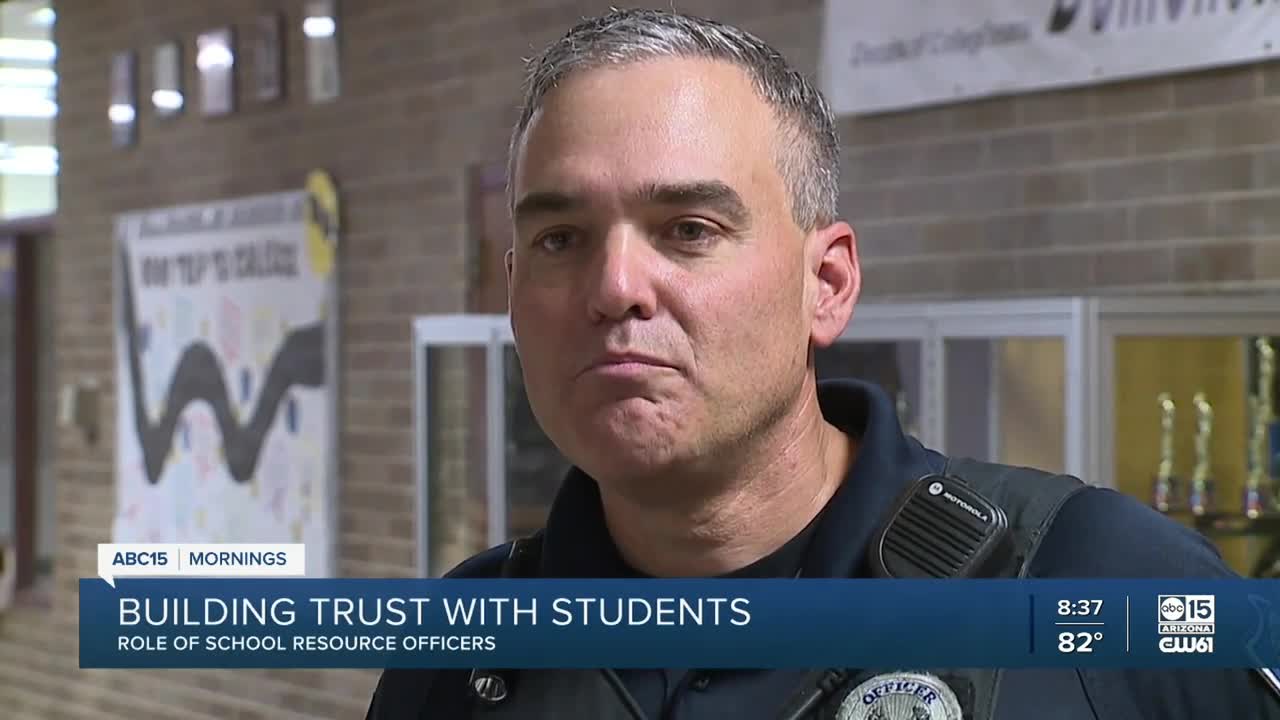 MESA, AZ — This month, ABC15 is featuring police officers who grew up in the same cities they now serve.

One of those officers is Brian Gray, a school resource officer at Mesa High School.

He’s been with the Mesa Police Department for 20 years and a school resource officer for the past seven years.

“It was an easy decision for me because, you know, this is home for me,” Gray said.

In the Mesa Public School District, there are 13 SROs. There is also one in Queen Creek and two in Gilbert, because the Mesa Police Department falls within their jurisdiction.

The department says their SROs typically walk the campus making sure everyone is safe from any outside threats.

Each officer spends 180 hours per school year teaching law related education. Sgt. Chuck Lines, who oversees the program, says the school usually determines what they teach depending on any issues the students are facing, like social media safety or bullying.

In between the bell, Sgt. Lines says the officers are connecting with the students, who often come to them with problems happening at school or at home.

“Our title is school resource officer and I think the most important part of that is resource because we have kids in all different scenarios that are looking for answers and we’re able to help out with that,” Gray said.

At the time of ABC15’s interview with Officer Gray, the halls were empty because students were still learning from home. But Gray says he's looking forward to that in-person interaction again soon.

“I always try to go out of my way to make sure people know that I am interested in them and I do care about what’s going on for them. That’s important for me,” Gray said.

Sgt. Lines says if a student is involved in illegal activity on campus, like threatening someone’s life, then an SRO will get involved. He says typically school policy violations are handled by school administration.