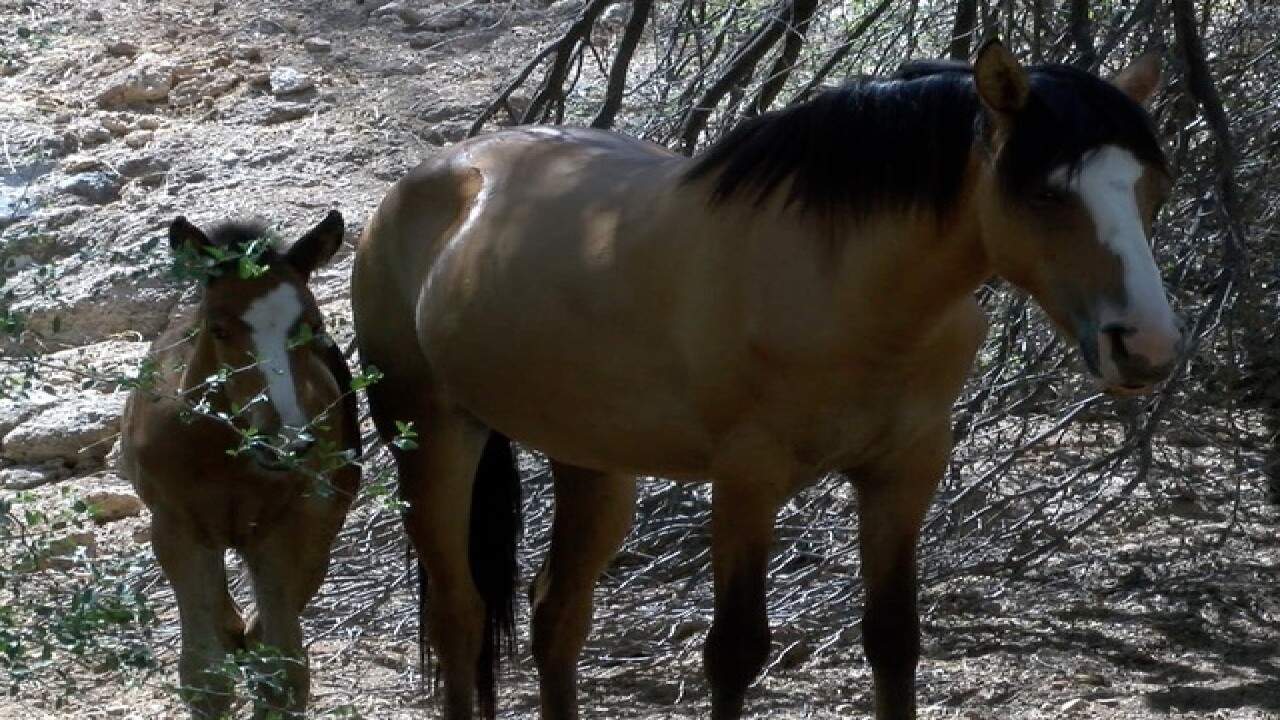 Officials with the Salt River Wild Horse Management Group are worried that the Cactus Fire could negatively impact the population of horses in the area.

The Cactus Fire ignited on Tuesday along the Bush Highway, an area home to beloved Salt River wild horses.

The group says they are monitoring the growth and activity of the fire alongside fire crews.

"If this fire gets out of hand it will be our worst nightmare", Simone Netherlands, president of the group, said in a media release. "We immediately spoke to the Forest Supervisor and he promised to take this fire very seriously even while it is not threatening any structures right now."

The horses have reportedly been seen running away from the fire, but even escaping the blaze could mean trouble for them. The group says if horses panic, they could get injured on rough terrain, break their legs, get entangled in fences or lose track of their family bands while fleeing.

Officials say they will be monitoring bands of horses as much as possible throughout the morning Wednesday.

As of Wednesday morning, the fire had burned 25 acres and was not contained.