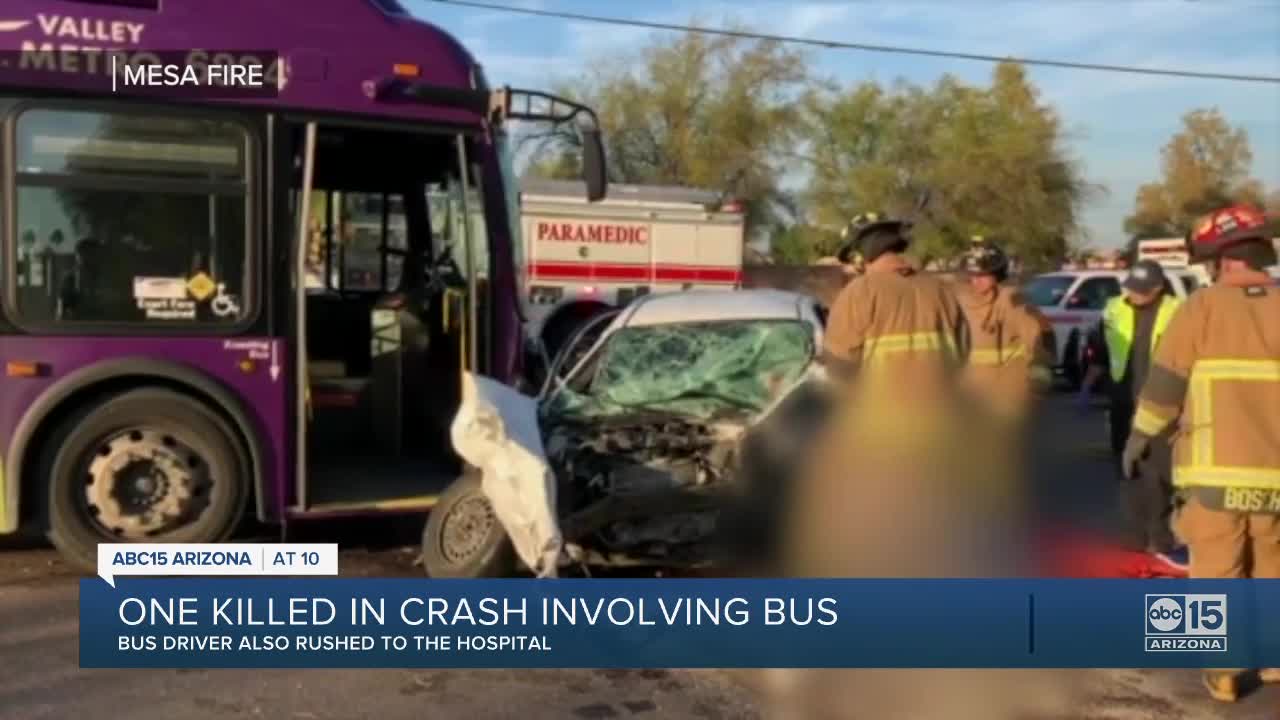 Police say driver of car that collided with city bus died their injuries. 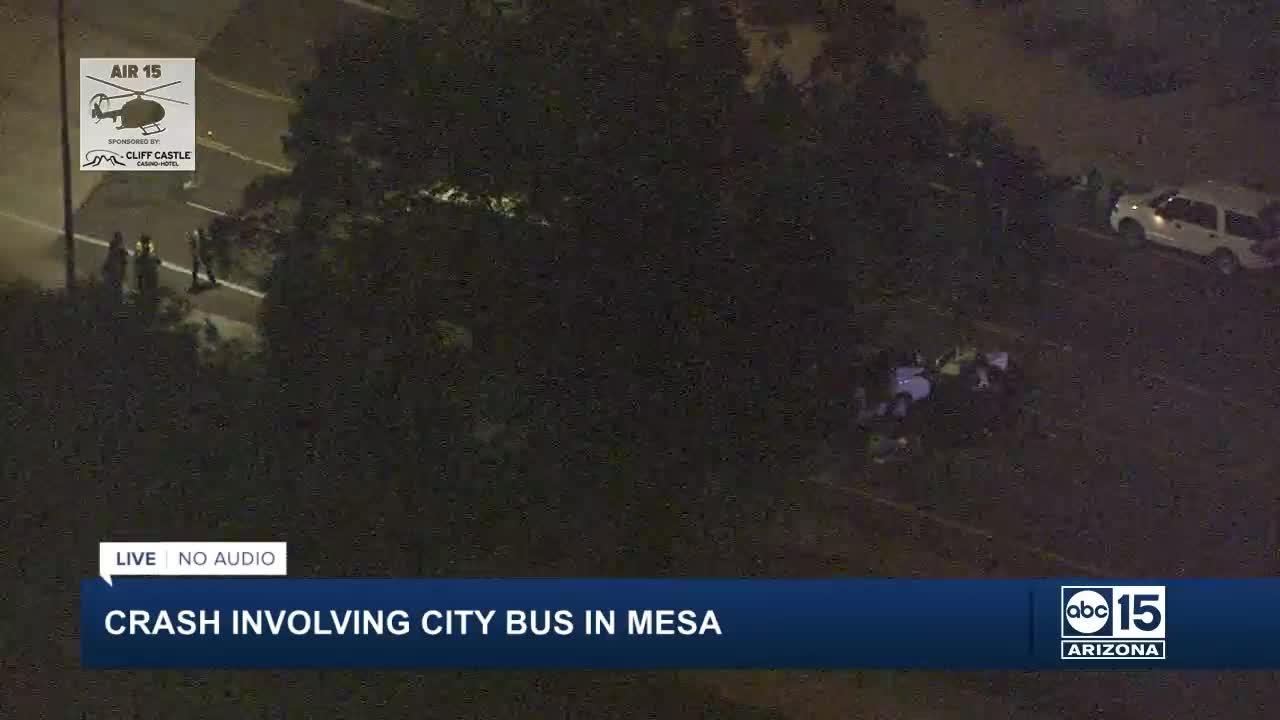 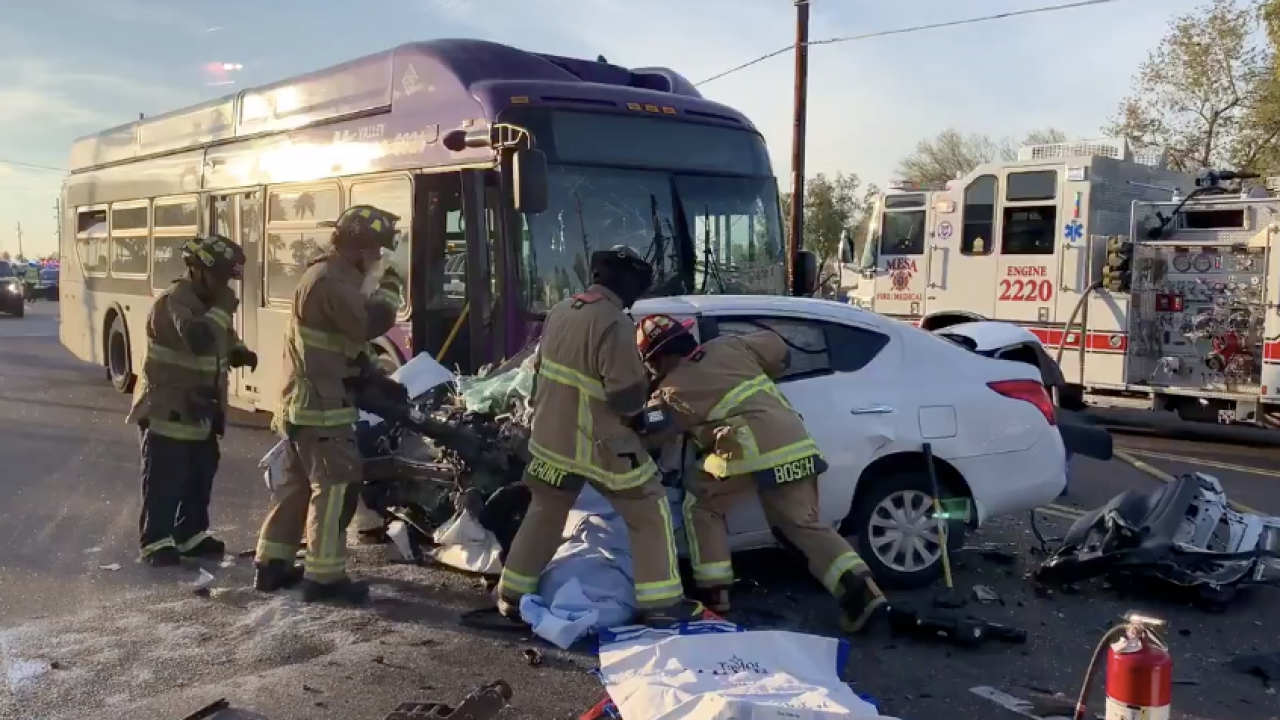 MESA, AZ — Police say a driver is dead after their car collided with a Valley Metro bus Wednesday night.

Emergency crews were called to the scene near University Drive and Higley Road around 6:30 p.m.

Mesa firefighters say University between Greenfield and Higley roads was shut down while crews worked to clear the scene.

Fire crews say the bus driver was transported to the hospital in stable condition.

The driver is not being identified at this time.

Stay with ABC15 News and ABC15.com for updates.