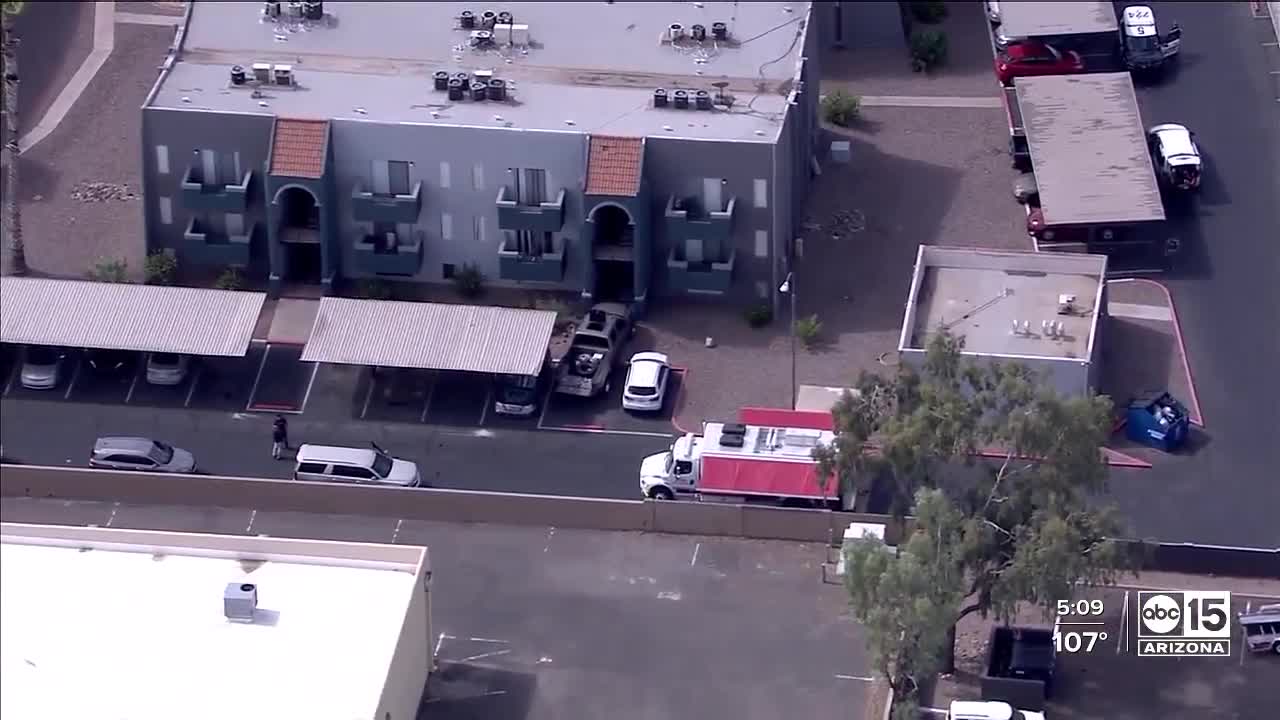 Two FBI agents were shot and a serial bank robbery suspect is dead after an incident in Mesa. 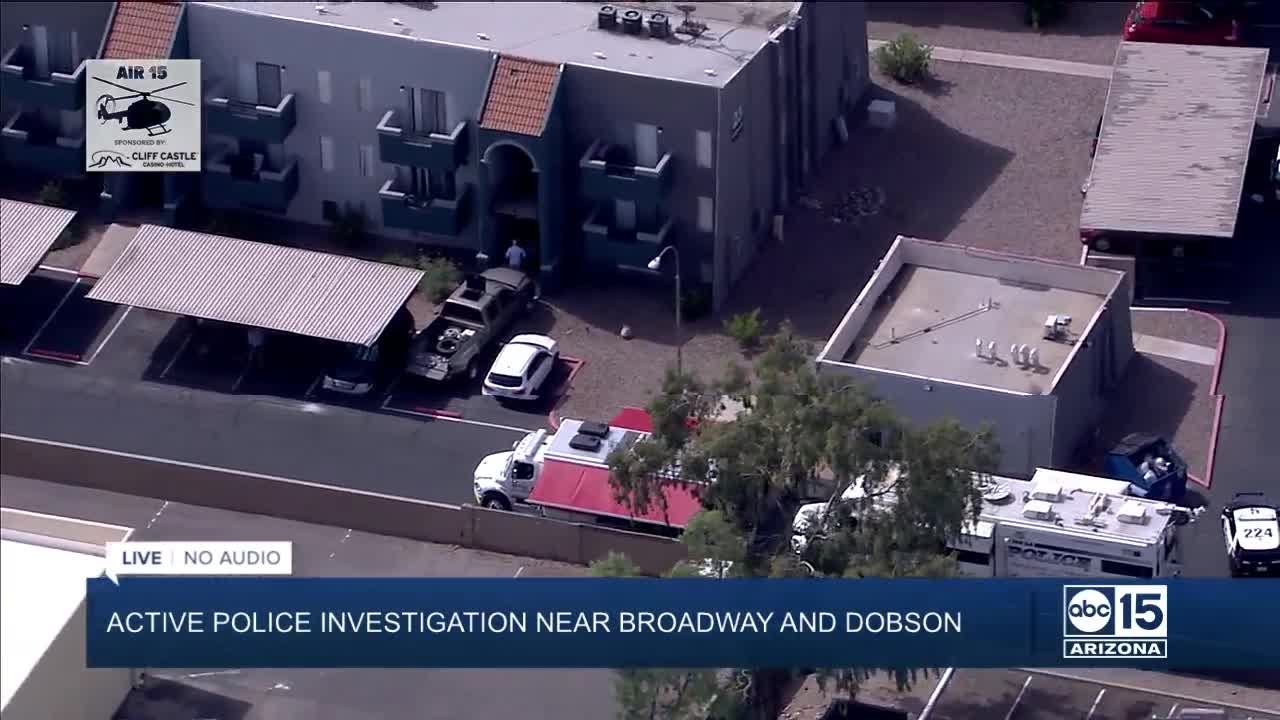 MESA, AZ — Two FBI agents were shot and an alleged serial bank robbery suspect is dead after an incident in Mesa Friday morning.

According to an FBI spokesperson, officials were executing a federal search and arrest warrant around 6 a.m. near Dobson and Broadway roads.

During the incident, two FBI agents were shot. One suffered non-life-threatening injuries and another suffered minor injuries.

Aerial footage of the scene in Mesa shows several police crews on scene of an apartment complex, with a truck pulled up to a stairwell.

William Cook lives nearby and said he heard multiple gunshots just after 6 a.m.

“I heard 5-6 more right behind it. Then I saw agents pulling back and each one of them checking each other," he said.

Michael Scott and his girlfriend Zonnie Notah - Begay live in the same apartment complex. They also heard the shots and saw one of the injured agents.

"He was down, he took off his jacket. He was alright, I think it went through his vest, but he was bleeding," said Scott.

Scott said they were told to evacuate while agents tried to get the suspect to come out.

Neighbor video provided to ABC15 shows FBI agents were in tactical gear, calling out for the suspect to come to the door with their hands up.

This is video taken by a neighbor in Mesa. You can see and hear FBI in tactical gear calling for the suspected serial bank robber. Two FBI agents were shot, and the suspect died. There’s still a lot we don’t know. @abc15 https://t.co/RSVcMs6bns pic.twitter.com/MbSa13nkI2

"That's when they started--you hear the flashbangs the pepper spray, going into the windows...because the windows were busted out in the back," said Notah - Begay.

The investigation is ongoing. No further information has been released.