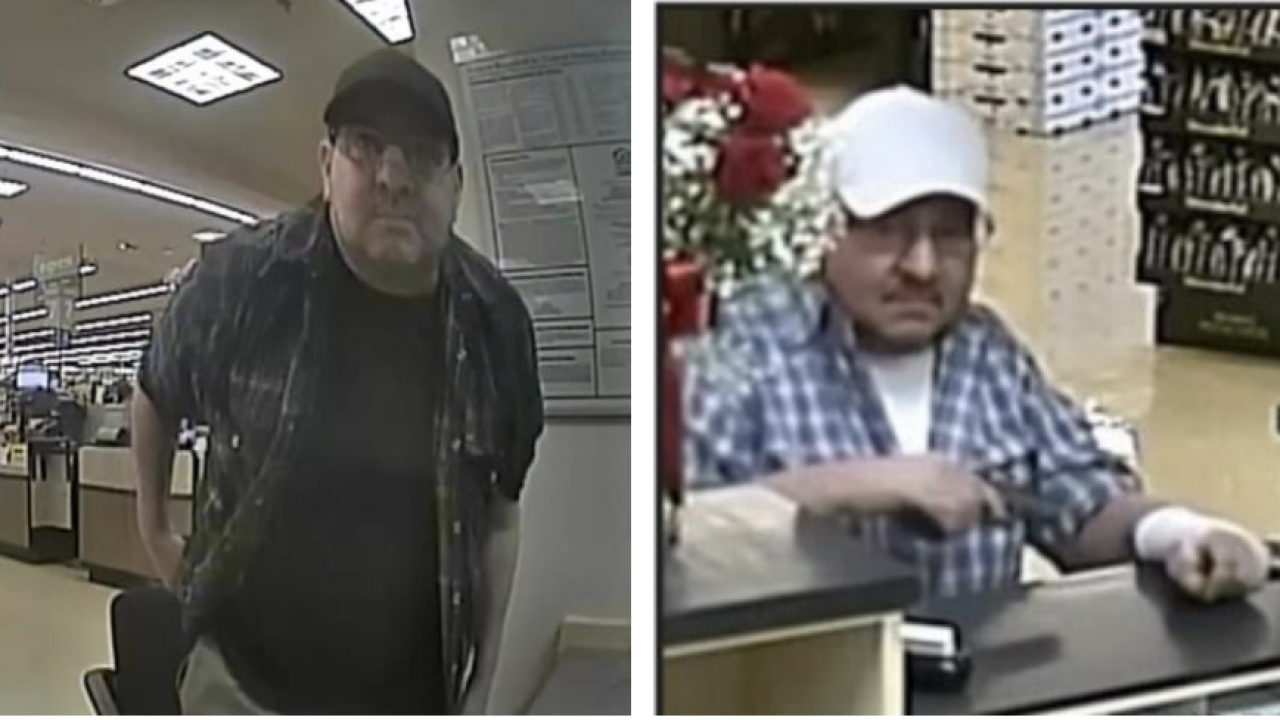 TEMPE, AZ — The Tempe Police Department is asking for the public’s help locating a man wanted in connection to at least two bank robberies.

According to police, on June 28 the suspect entered the U.S. Bank inside a Safeway store at Elliot Road and McClintock Drive armed with a gun and demanded cash.

The suspect is also wanted for entering a U.S. Bank at Higley and Baseline roads on July 31, once again pointing a gun at the cashier and demanding money.

Police say the suspect is white or Hispanic, between 5’5” and 5’7”, stocky build, and wearing glasses.

He has been coined the “Bandage Bandit” because in both cases he was wearing a bandage, once on his nose and once on his arm.

It's not known how much cash the suspect stole in the incidents.

Anyone with any information is urged to call Tempe police.