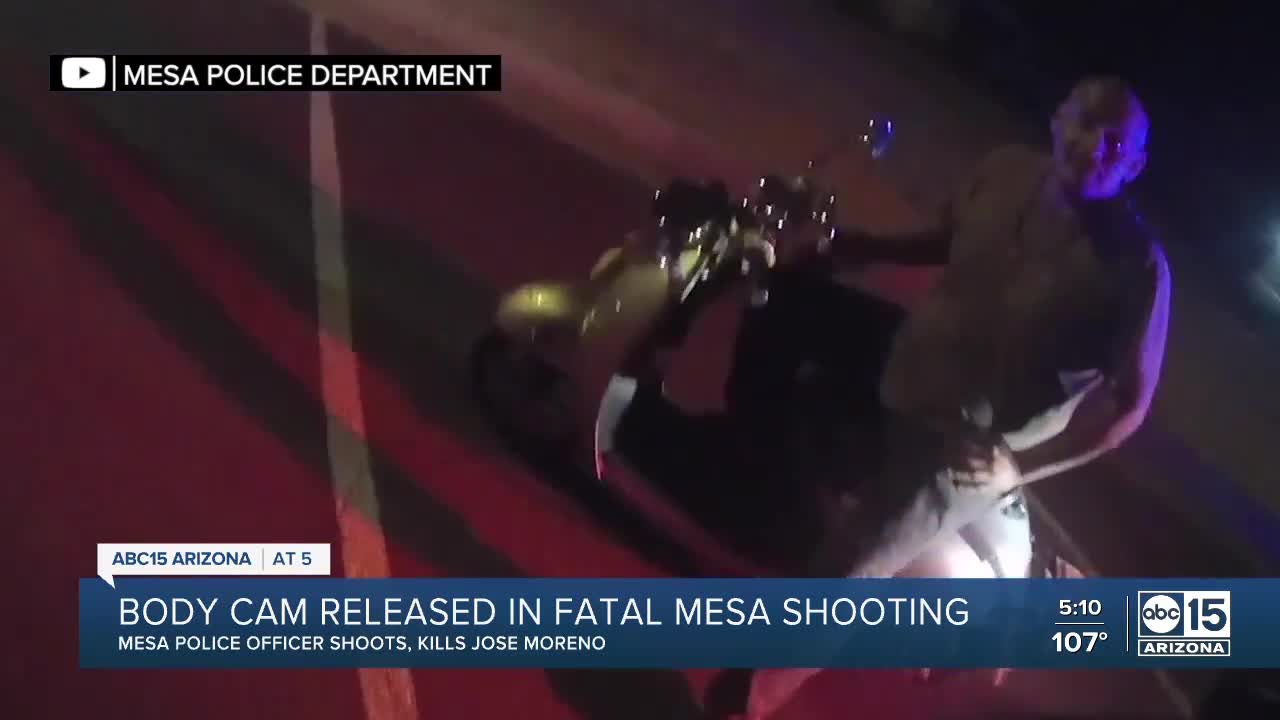 MESA, AZ — A family is still searching for answers after the Mesa Police Department releases footage from a fatal officer-involved shooting.

On April 2, Jose Moreno was shot by Mesa Police Officer Christopher Williams just before 11 p.m. after a routine traffic stop. Moreno was shot in the back and later died at the hospital.

According to police records, Officer Williams noticed Moreno, who was riding a Vespa Moped, driving in the bike lane, and did not have a visible license plate. He pulled Moreno over at 300 S Sirrine Rd. in Mesa.

Moreno, once stopped, ask Officer Williams why he was being pulled over. Officer Williams told Moreno he didn't have a license plate, driver's license, or insurance needed to ride a moped. After some "banter" back and forth, Moreno turned off the moped, putting it on its kickstand.

Moreno was able to grab Officer William's taser, pointing it at the officer saying multiple times, "I have your gun." After the two separated, Moreno began running away from Officer Williams, and video shows Moreno throwing the taser on the ground. Officer Williams pulled out his gun and shot Moreno.

According to the police report and multiple other officer's recounting of the shooting, Moreno was first handcuffed before medical attention was administered. Moreno later died at Banner Desert Medical Center in Mesa.

"I understand my cousin Jojo fought with the cop but he was running when he got shot in the back. He was running away," said Noah Hernandez, Moreno's cousin.

"My brother made a mistake, and he paid for it with his life, said Vivian Moreno, Jose Moreno's Sister. "And if he didn't and the officer wrongfully took his life then he needs to be disciplined for it."