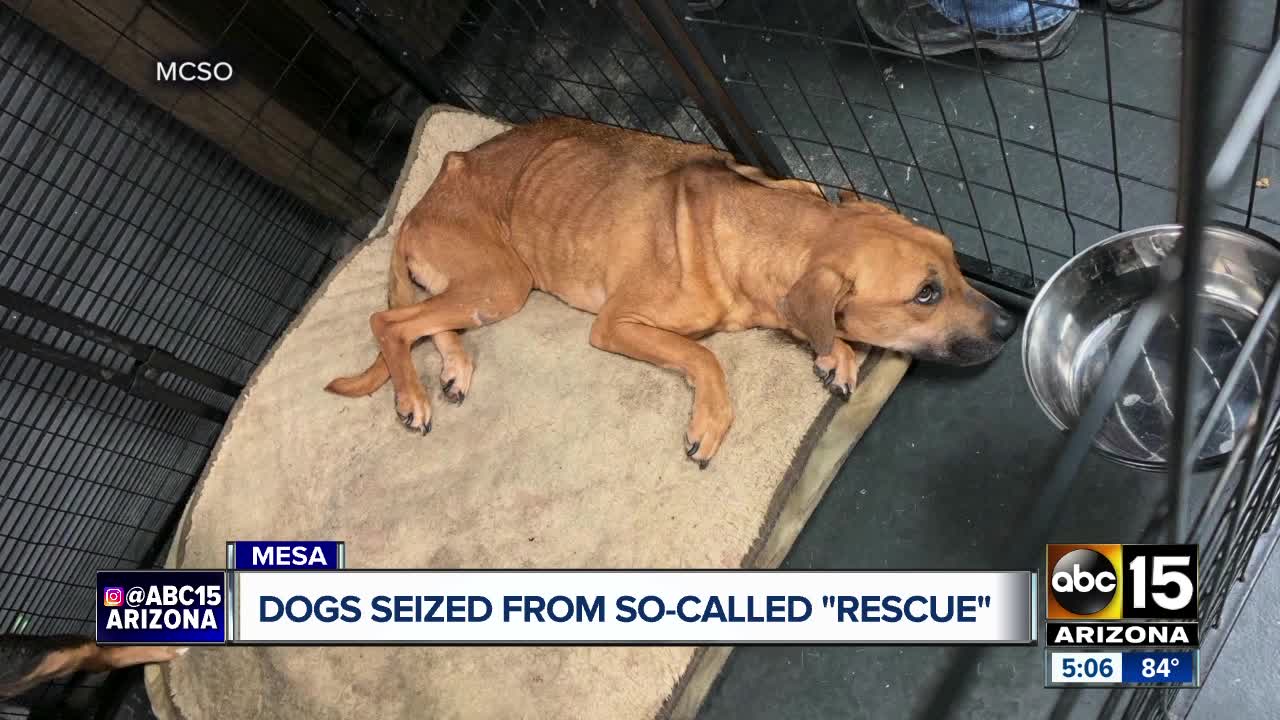 The owner of an East Valley animal shelter may face charges after dozens of malnourished dogs were found Thursday at his facility during a Maricopa County Sheriff's Office investigation. 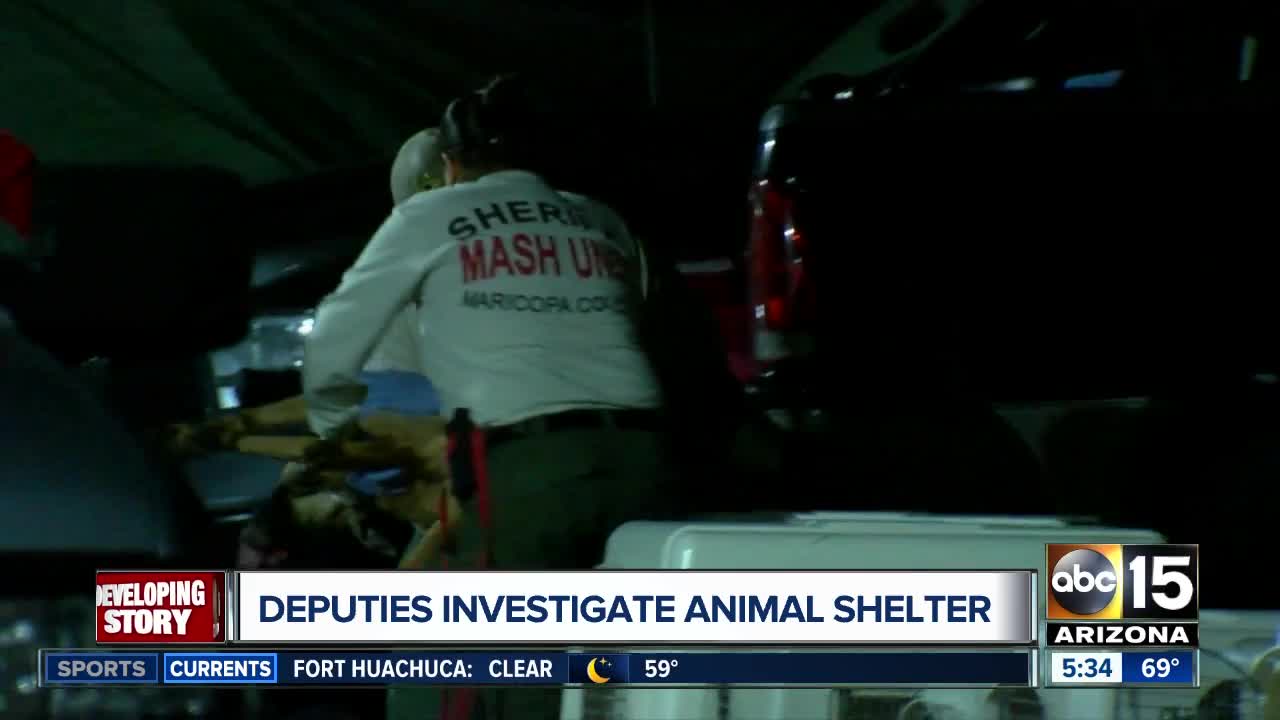 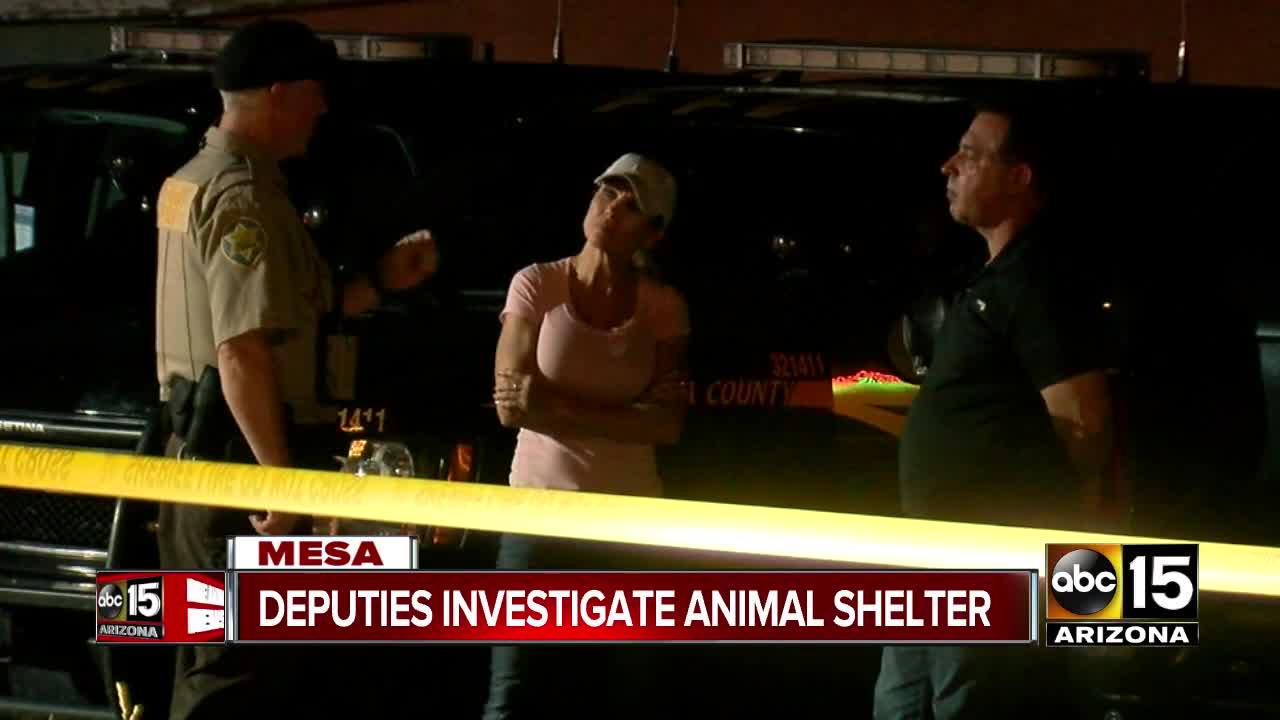 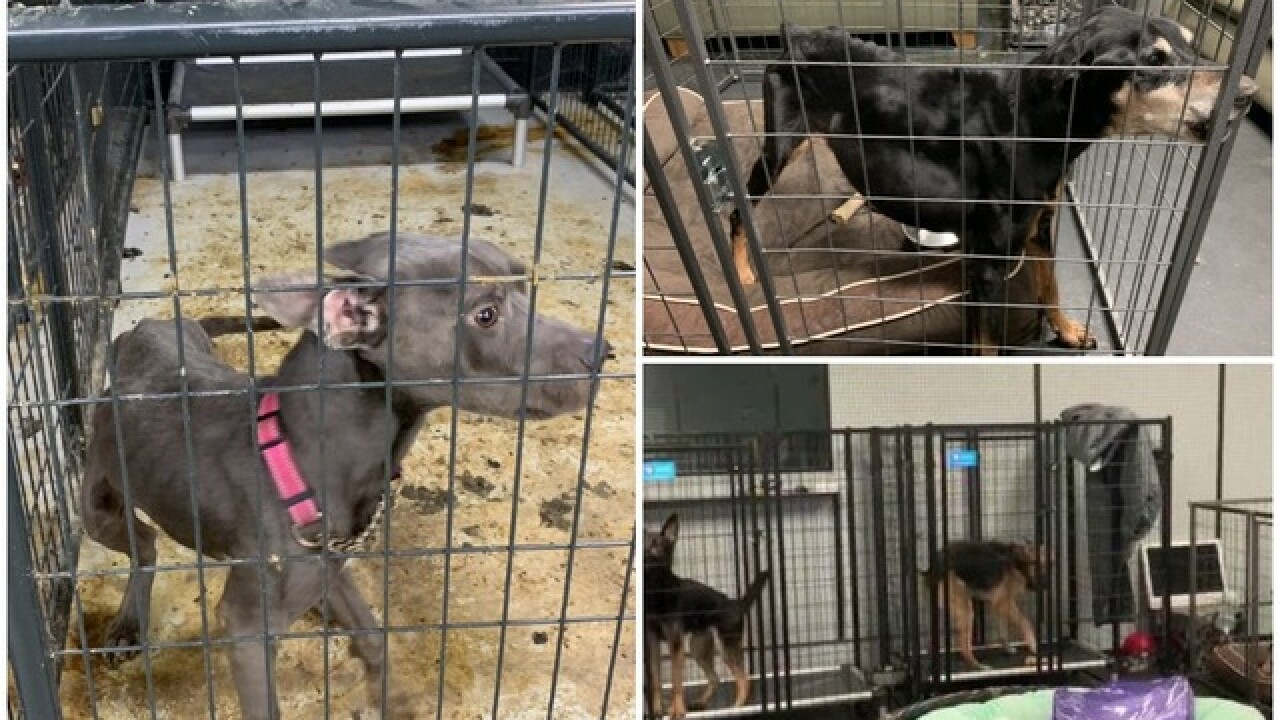 The owner of an East Valley animal shelter may face charges after dozens of malnourished dogs were found Thursday at his facility during a Maricopa County Sheriff's Office investigation.

MCSO Sgt. Bryant Vanegas said deputies were called to the Shelter Paws location near Loop 202 and Main Street after a woman had gone to pick up her pet and noticed several dogs in crates who appeared emaciated.

"There are about 40 plus animals, dogs that were in bad shape," Sgt. Joaquin Enriquez said Thursday. "There was feces all over the place; there were some dogs that were very malnourished."

A volunteer told deputies she owned one of the dogs inside and said some of the dogs did not even appear to be moving.

John Schill, a friend of the owner, said the woman paid to have her dog brought to the facility and put into boarding.

"The dog was supposed to be trained and boarded. I saw a picture with a very emaciated dog that was sent to me, and I said let's go down and see if the dog is there," Schill said.

According to Vanegas, crews on Thursday found more than 50 malnourished dogs being confined in crates with their own feces. Animal Crimes detectives also were called to the scene to assist in the investigation.

One dog in especially poor condition was taken to an emergency veterinarian, and later died, Vanegas said. Another 52 animals were transported to the MCSO Animal Safe Haven (MASH) unit in downtown Phoenix for further evaluation and care.

The owner of Shelter Paws, Domenic Anthony, told ABC15 back in May he wanted to save animals on death row from being euthanized at county shelters.

Enriquez says so far, Anthony is being cooperative and isn't under arrest yet, but could face animal abuse charges pending the outcome of the investigation.

Domenic has been in the business of rescuing dogs from the euthanasia list for the past five years. These animals have been placed on the list for aggression or health issues. He is well-regarded in the animal rescue community. We reached out to the Sheriff’s Office on Monday and again tonight to offer full cooperation with the investigation. They have declined to interview Domenic and have instead continued pursuing an investigation into unfounded allegations.”