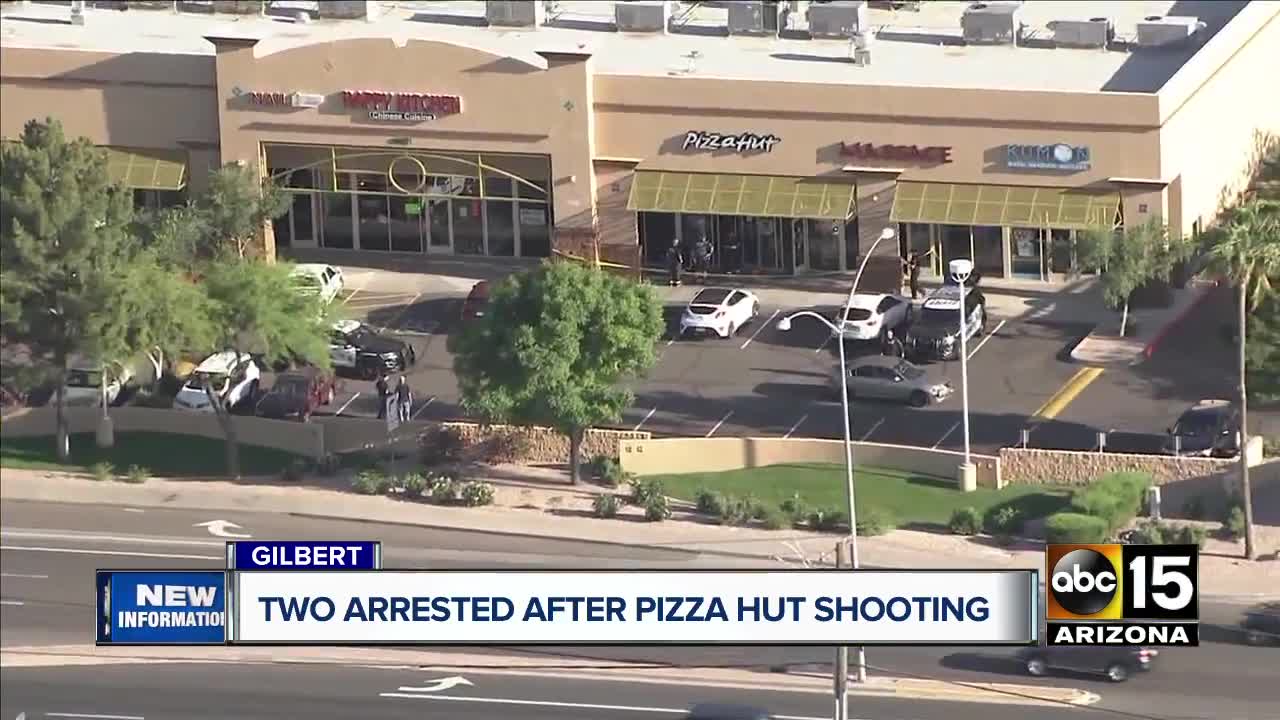 Police were called to the scene near Baseline and Power roads around 5:15 p.m. on Tuesday, May 7.

Authorities say the victim was taken to the hospital with serious, but not life-threatening, injuries.

Police say Lawrence Gomes, 31, were taken into custody by the Phoenix police on May 9.

Police say Gomes and Conner Farrar, 24, are suspects in a Valley-wide crime spree. Federal court paperwork indicates authorities became aware of a series of robberies beginning in May of 2010. The robberies occurred all over the Valley, including Glendale, Peoria, Surprise, Phoenix and Gilbert.

Gomes and Farrar were identified as suspects in the crimes that occurred at various businesses, including fast food restaurants, gas stations and a car wash.

Gomes admitted to being involved in the Pizza Hut robbery, according to police. Authorities say both Farrar and Gomes are facing numerous robbery and weapons charges.