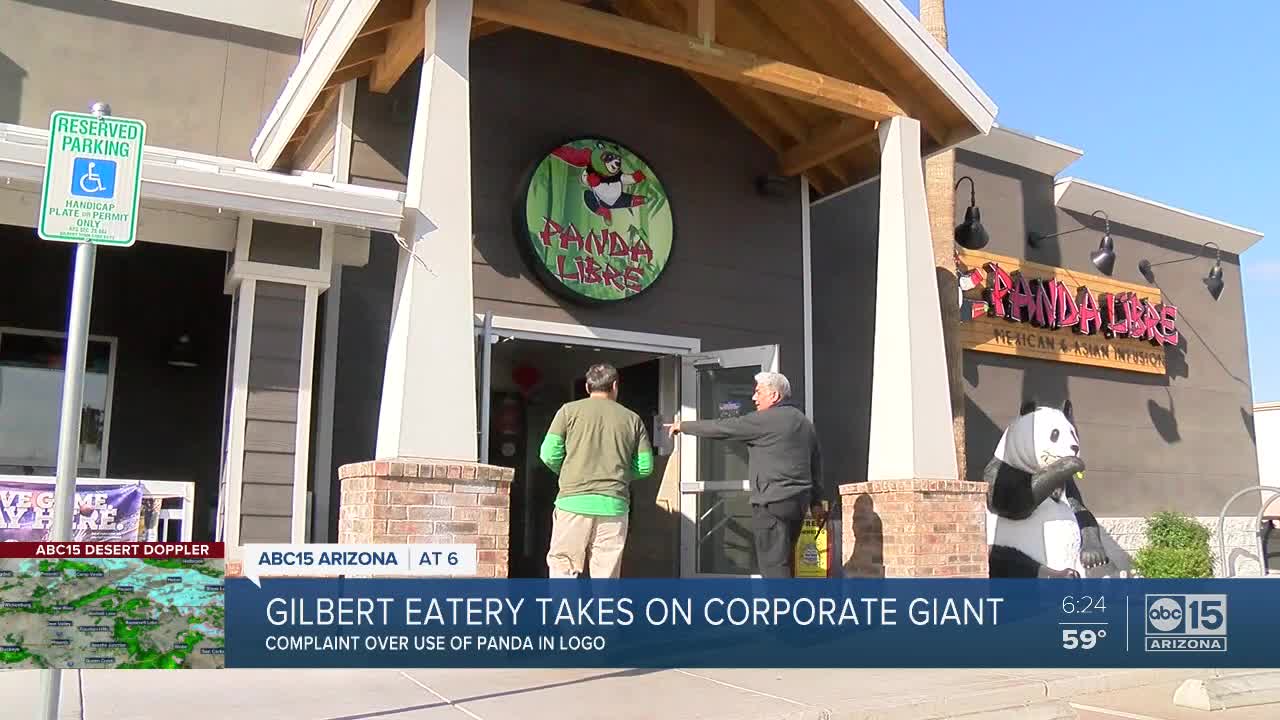 A Valley small business takes on a corporate giant over a name dispute.

GILBERT, AZ — A Valley business is in an uphill battle with a corporate giant.

Since January 2019, Panda Libre, a Mexican and Asian infused restaurant in Gilbert has been serving up their freshly cooked menu for customers.

"There was a lot of research as far as what kind of concept is out there," said owner Paul Fan.

Friends, family and those who tried his dishes urged him to take the next step.

"It's a hard, hard job, but my joy is to see people enjoying the food and really really truly grasping that this is truly unique and different," said Fan.

But that joy is now being threatened when Panda Restaurant Group, owners of Panda Express served this small business owner a devastating letter.

"I think it's probably because I trademarked Panda Libre," said Fan.

The letter argues the use of the word Panda when relating to restaurants and food items is off-limits.

"In the letter it pretty much states that they want us to stop using our name, stop using our logo because it's strikingly similar to theirs," said Fan.

We'll let you decide whether their logos look similar.

The restaurant also makes the food fresh after each order compared to the buffet-style employed by Panda Express.

Either way, Fan says changing everything from menus, advertising to decor would be devastating.

"It could potentially shut us down honestly," said Fan.

Loyal customers from across the Valley are weighing in.

"I don't see a comparison, I think they're just trying to edge in on their profitability," said one customer.

We reached out to Panda Restaurant Group for comment but have not heard back.

Fan says he has hired an attorney but isn't sure how long he'll be able to keep up the fight.

"There's plenty of other panda restaurants out there, we're not the same model as you at all by any means," said Fan.