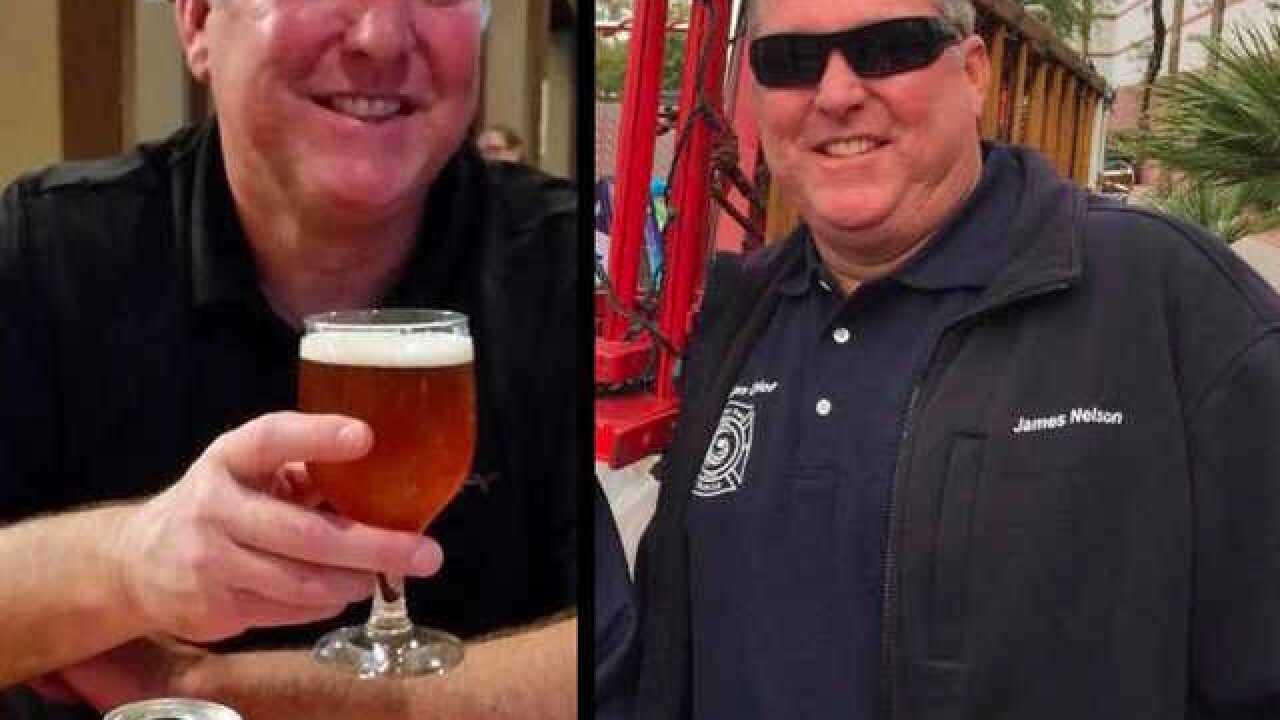 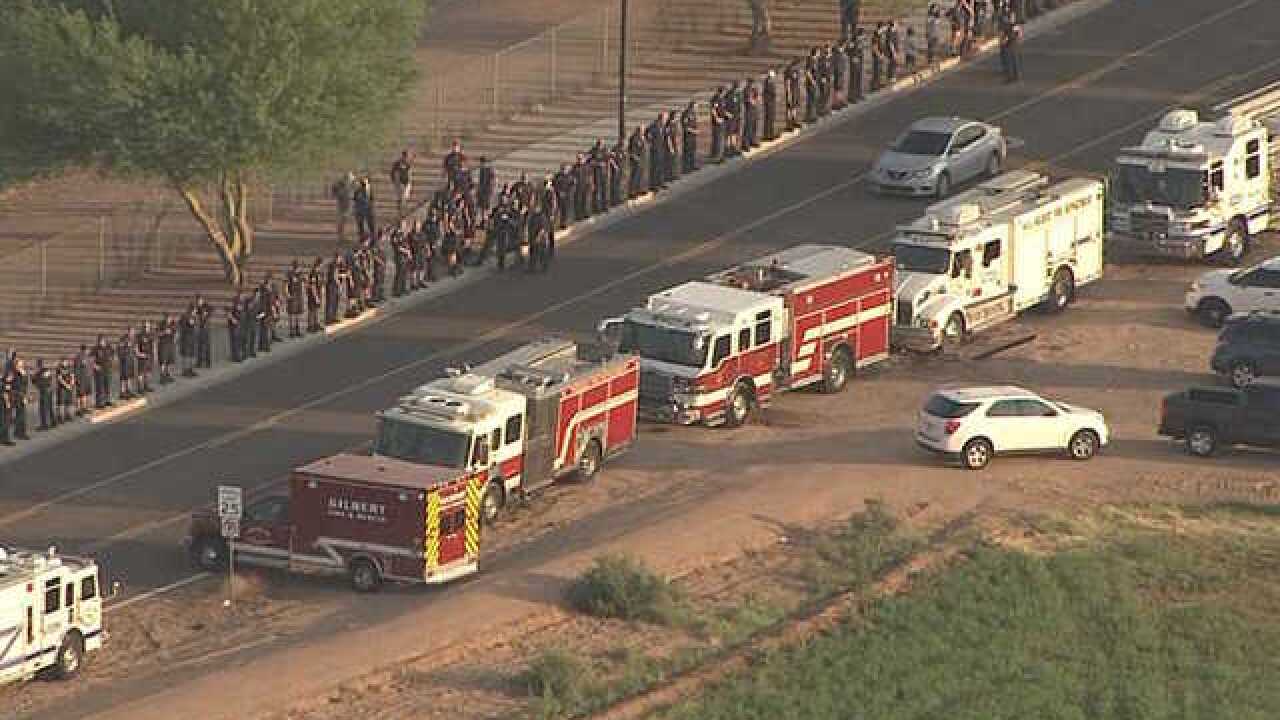 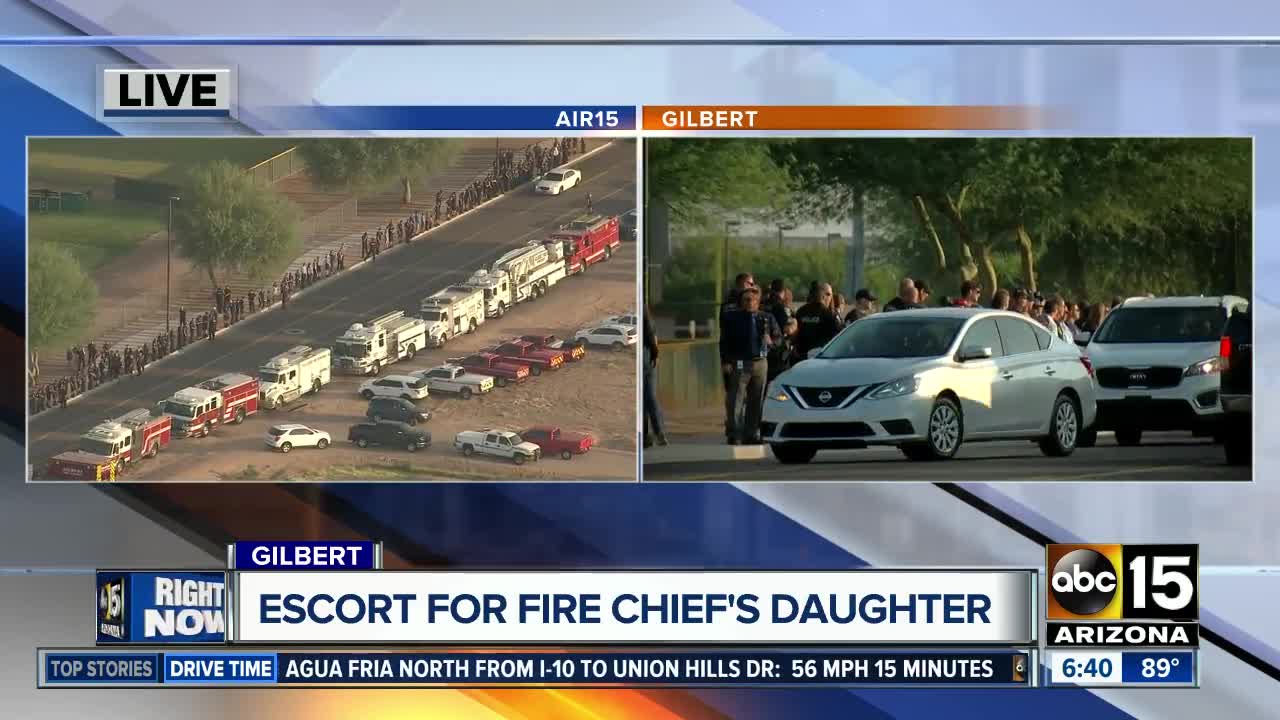 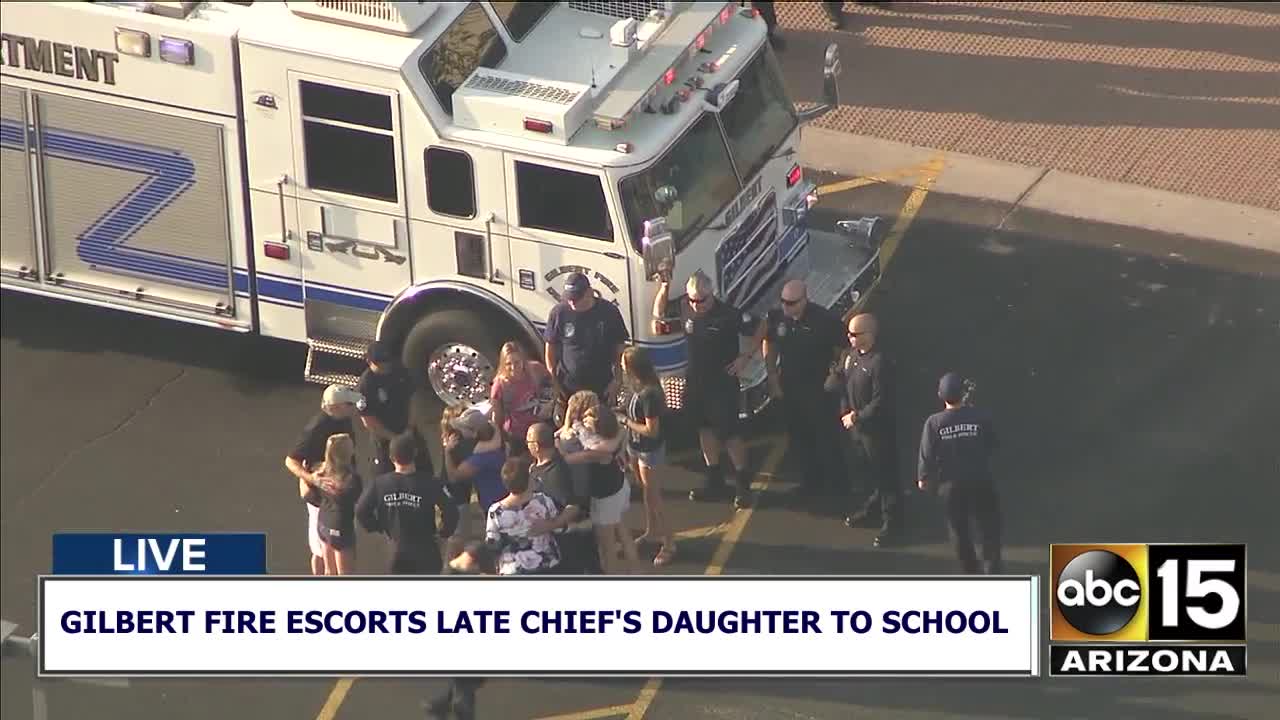 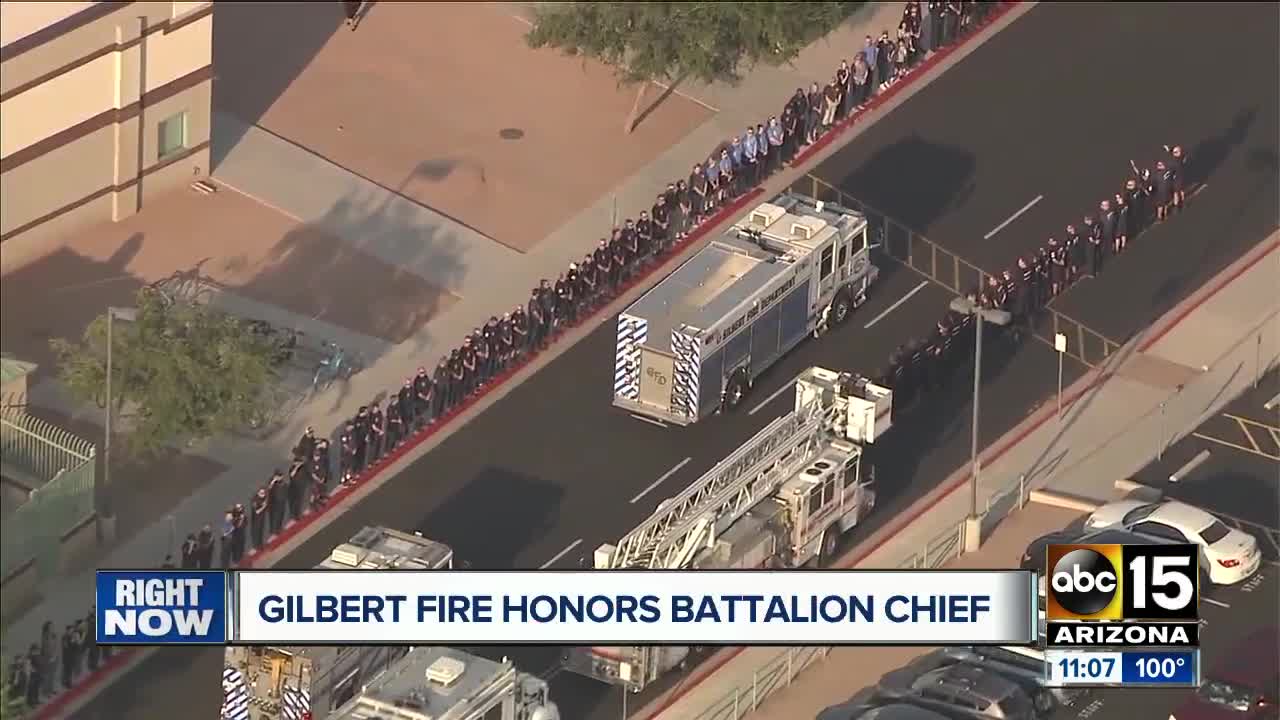 The Gilbert Fire and Rescue family took the time to escort a girl to her first day of school Thursday while mourning the loss of one of their own.

Fire officials say Battalion Chief James Nelson passed away on Wednesday after spending time in the ICU in critical condition.

Thursday marks Nelson's daughter's first day of class for the year at Campo Verde High School, so fire officials and police officers lined the street to escort her.

She arrived on campus in a fire truck and was met by two lines of police and fire officials who greeted her. Watch the emotional moments in the video player above.

"Our hearts are broken as we lost a husband, a father, a firefighter, a friend, and a true servant within this community. Rest easy James, when the alarm sounds today we will respond with the same excellence in service you always commanded. We’ve got it from here brother," Gilbert Fire Fighters - Local 2260 posted on Facebook on Wednesday .

Nelson's cause of death has not been publicly released, but fire officials tell ABC15 it was not work-related.

Hundreds of prayers and well wishes have been left on the Local 2260 Facebook page for the Nelson family.