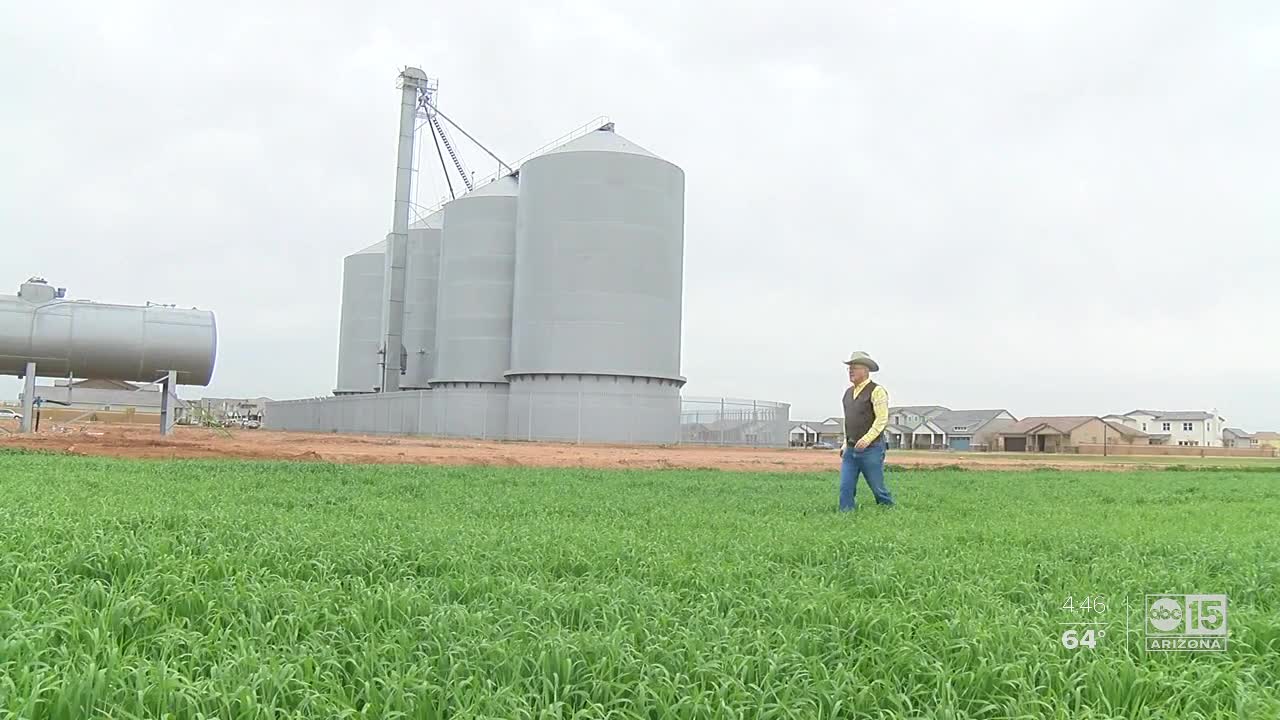 Gilbert farmers are holding on to their fond memories of the past while embracing the landscape of the future.

GILBERT, AZ — Farms are disappearing from the Arizona landscape, making room for the explosion in population. This happening as a consequence of more than 200 people moving into the state every day, according to census data.

But how are farmers and their families coping with the increase in urban development?

"I drive down the city streets of Gilbert and look at what's there and nothing registered, it's not a part of my reality," said Richard Morrison.

For 100 years, Morrison and his family raised food from the dirt.

Farmers born and bred but things have changed.

"There was farmland for as far as the eye could see," said Morrison reminiscing of a different time.

Farmland once found everywhere, now disappearing. In its place, homes for the ever-growing population.

"Urban area has made it almost impossible to move men and equipment and trucks with all the input, the harvested corn, alfalfa all the rest of it," said Morrison.

Forcing many to abandon their land for greener pastures.

"When it got too hard to carry on where they are, they chose to relocate, a lot of dairies went into Pinal County," said Morrison.

Others chose to migrate to reservation land.

But for Morrison and his family, instead of battling over its past, he's helping shape its future.

"This parcel right behind you sold to my father and uncle in 1963 for $1,500 an acre, now almost all these parcels would bring about $225,000 per acre," said Morrison referencing the land at Higley and Elliot roads.

Morrison says they eventually gave in to developers too, but not without exercising some leverage.

"Knowing that it was coming, we planned for it," said Morrison.

So the Morrison's worked with a developer to create Morrison Ranch off Higley and Elliot with some stipulations. That it would honor it's farming roots.

"To create a sense of openness and community and a little bit of agricultural flavor," said Morrison.

Honoring the area's history while embracing the inevitable.

Something farmers in the valley must do with reluctance.

"Honestly it has to be a mixed bag for anybody who had blood sweat and tears invested in the land," said Morrison.