Arizona Humane Society: 227 rabbits, nearly half of them babies, rescued from shed in Gilbert 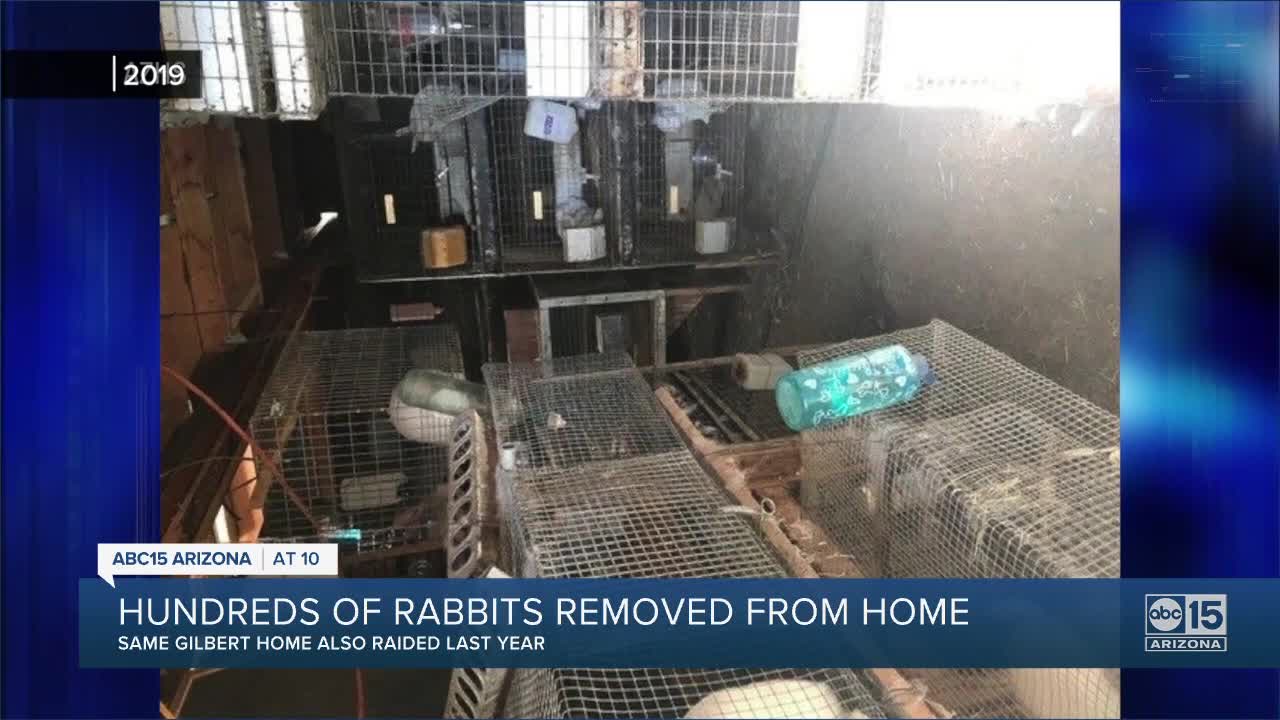 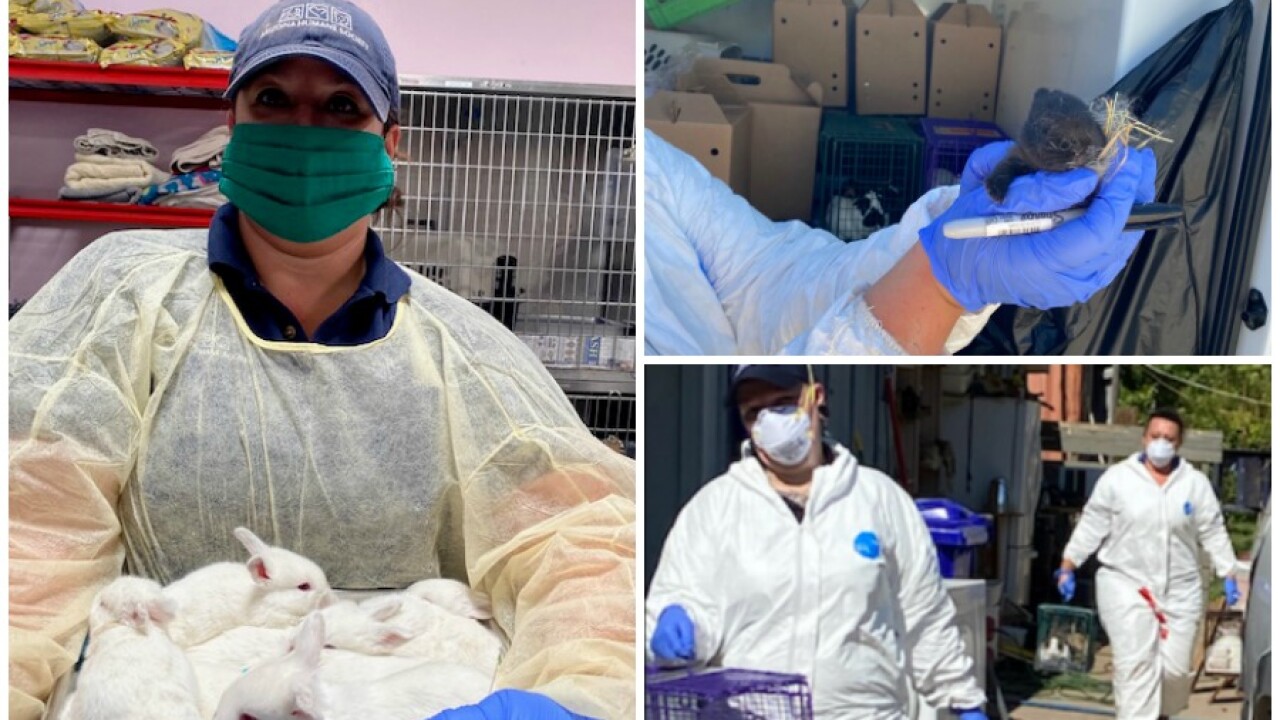 GILBERT, AZ — Almost a year after rescuing more than 100 rabbits found to be living in filthy and unsanitary conditions from a home in Gilbert, the Arizona Humane Society (AHS) said its medical team returned to the same home and found 227 rabbits -- nearly half of them babies -- again, living in dirty conditions.

AHS said the rabbits, including 101 babies, were kept in a 400-square-foot shed inside cages that were covered in six to eight inches of feces. Most of the rabbits were lacking basic medical care and were suffering from overgrown toenails, hair loss, and ocular and nasal discharge, according to a news release.

Two of the babies died and at least one rabbit has significant injuries, AHS said. The rabbits range in age from newborns to three years old and consist of a variety of breeds.

"It is suspected that the owner was breeding rabbits as a hobby to sell and to potentially butcher for meat," AHS said in its news release.

It took a team of 11 people from AHS, plus the Gilbert Police Department, nearly five hours to remove all of the rabbits from the shed and transport them to the Arizona Human Society's clinic, where they will be examined and undergo a 10-day quarantine.

From there, the animals will be treated, neutered, and placed in foster care homes and eventually put up for adoption, said Bretta Nelson, a spokesperson for AHS. She said AHS would likely need additional rabbit fosters in the next few weeks. AHS Foster information.

Last year, 166 rabbits were found living under similar conditions at the same home near Warner and Gilbert roads. The suspect has been identified as Jed Judd, then 70 years old.

A spokesperson for Gilbert police confirmed that the same suspect is involved in both cases. Charges for the most recent case are currently being finalized, the spokesperson said. No other details were immediately released.

Nelson said most of the rabbits rescued in 2019 were treated and put up for adoption. She said AHS partnered with ASPCA, PetSmart, and other organizations, to find homes for those rabbits.