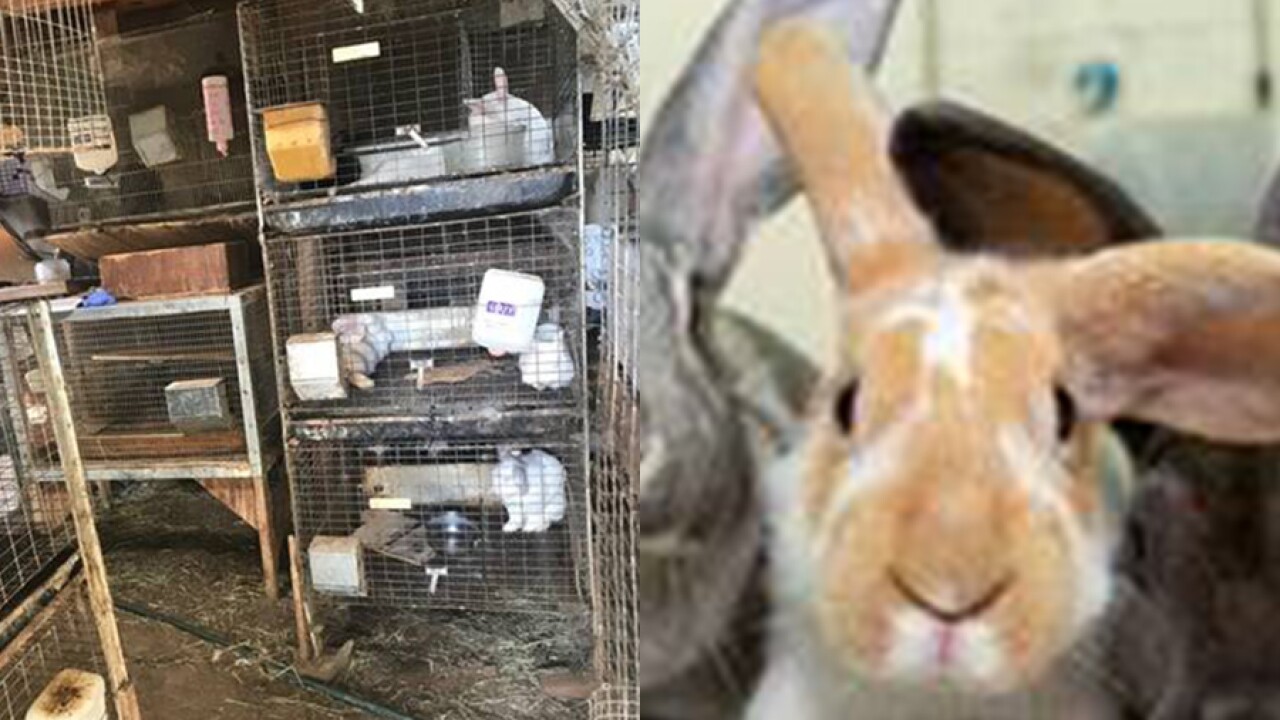 AHS says the rabbits were kept in a shed with at least six inches of feces covering the cages.

According to AHS, it is suspected that “the owner was breeding rabbits as a hobby to sell and to potentially butcher for meat.”

It took police and animal rescuers several hours to remove all of the rabbits. One of the rabbits had to be put down, but the other 165 are still recovering.

Gilbert police have identified the suspect as 70-year-old Jed Judd, but have not released any additional details.

AHS is encouraging anyone who is interested in adopting to please call its Pet Resource Center at 602.997.7585 Ext. 3800 to be added to the adoption list. Interested adopters will then be notified when the rabbits start becoming available for adoption, likely towards the end of next week.