DPS: Woman dies in multi-vehicle crash on I-10 near Casa Blanca 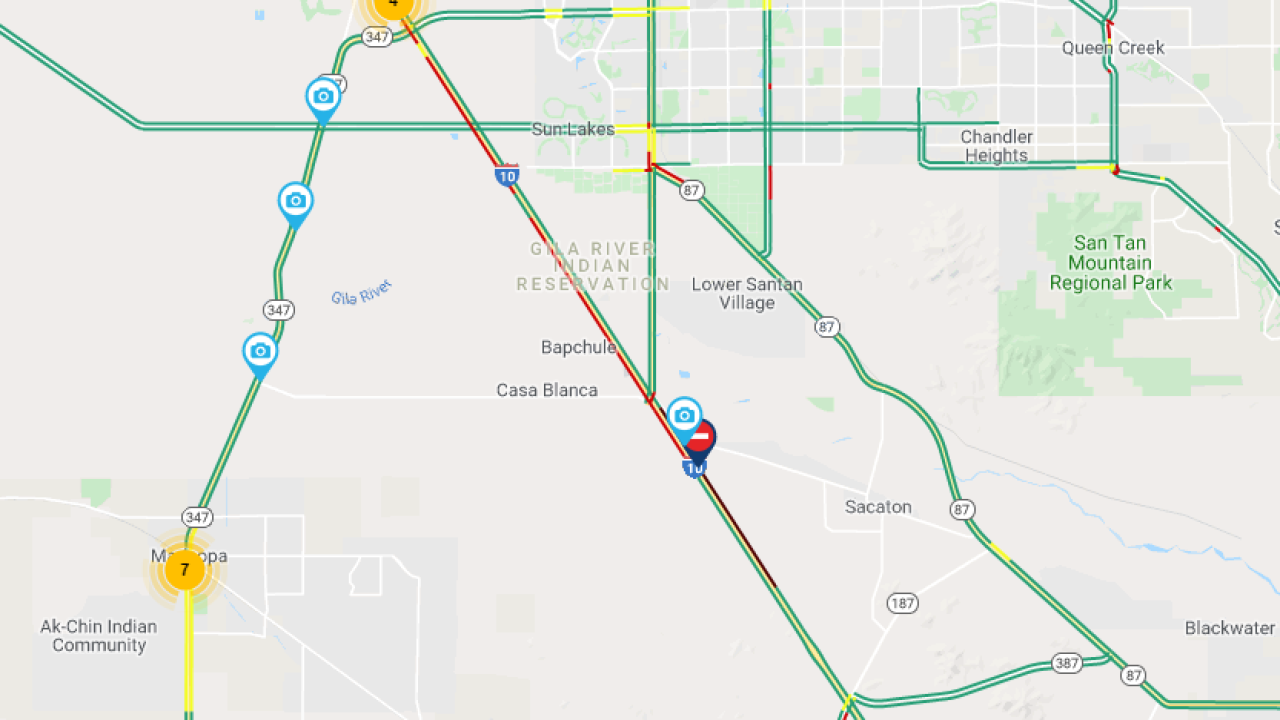 CASA BLANCA, AZ — A woman was killed after the vehicle she was in was struck by a truck, causing a chain-reaction crash involving eight vehicles on westbound Interstate 10 on Sunday.

Traffic on I-10 was backed up for miles in both directions from Queen Creek to Casa Grande due to the deadly crash.

According to the Department of Public Safety, eight vehicles were involved in the chain-reaction crash at milepost 178 near Casa Blanca Road after a Ford F-450 pulling a horse trailer failed to slow down and struck an SUV.

The woman, who was seated in the passenger seat of the SUV, was identified as 67-year-old Thi Xuan Truong of Sierra Vista.

The horse made it out of the trailer following the crash, but was later corralled.

Eight others were taken to local hospitals for treatment, seven of whom were later released for minor injuries.

Eastbound I-10 is still very heavy as well - from roughly SR 347 to the Sacaton rest area. (It's likely heavy post-holiday traffic - in addition to a crash earlier.) Please be prepared to slow down or stop. #aztraffic pic.twitter.com/c6t0k9Tsnf