Wrong-way driver on Loop 101 caught on video; driver in custody 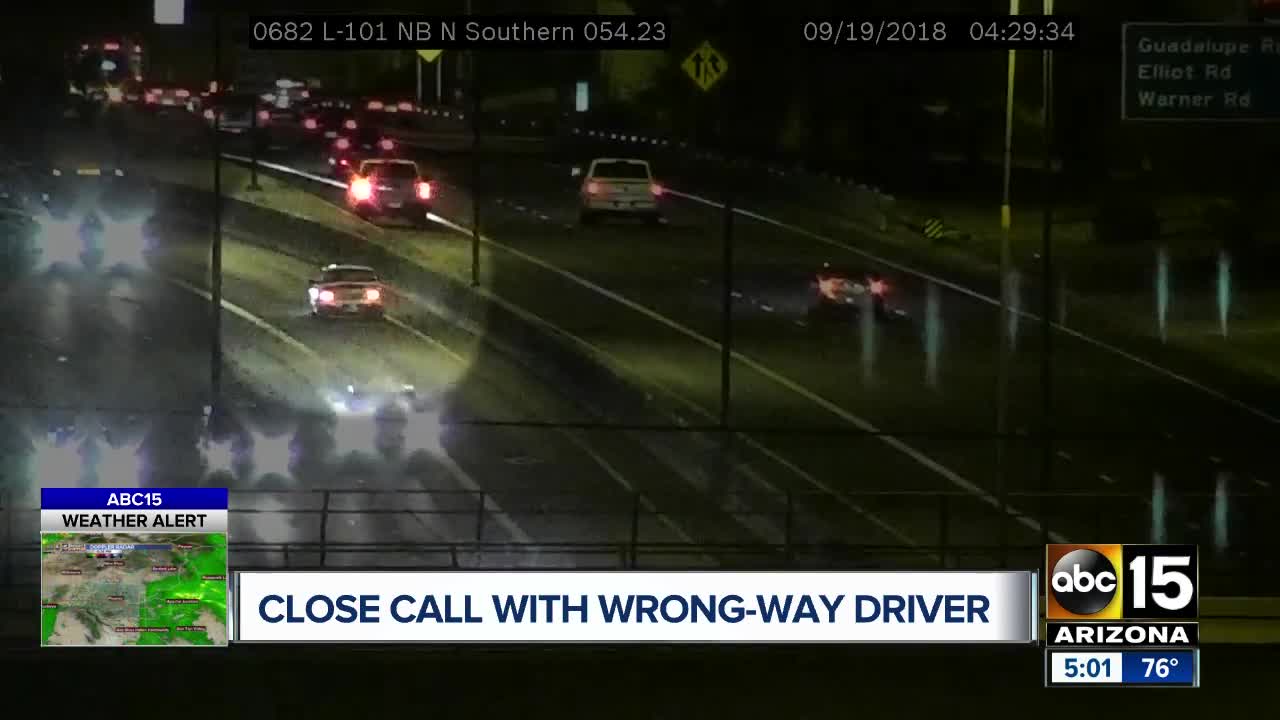 A man is suspected of driving under the influence after he was seen Wednesday morning traveling the wrong way for nearly eight miles on Loop 101. 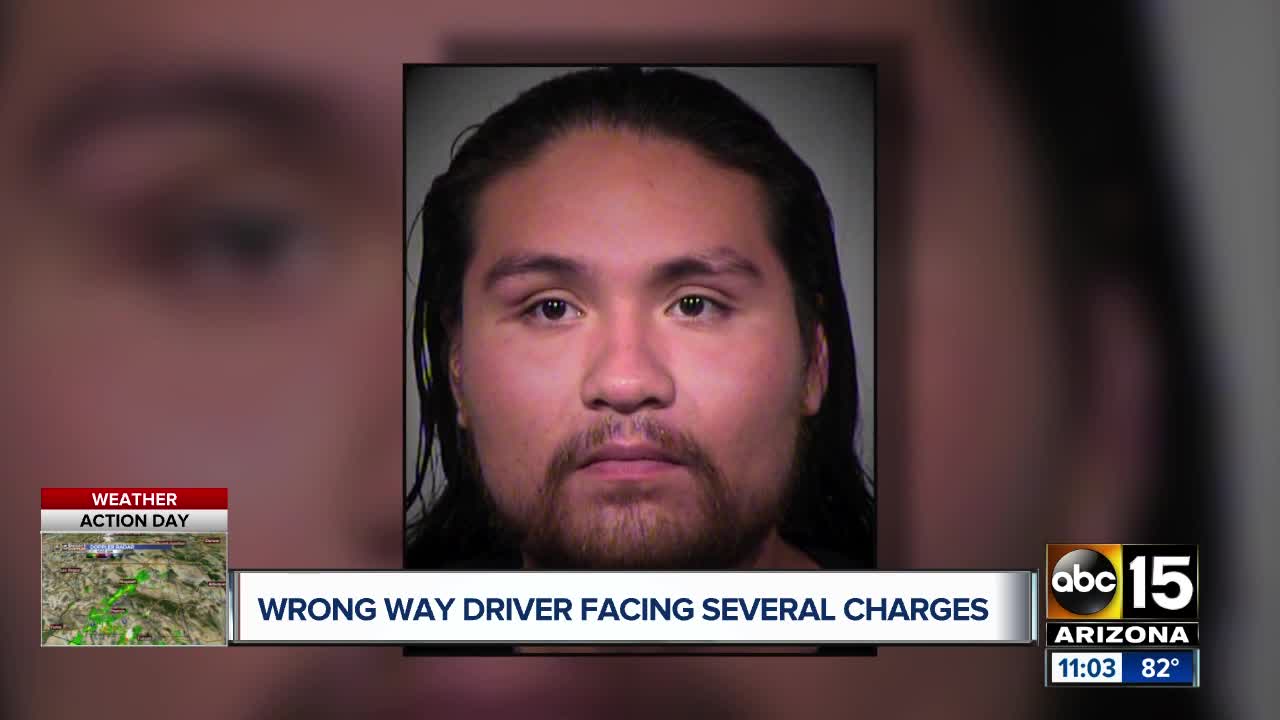 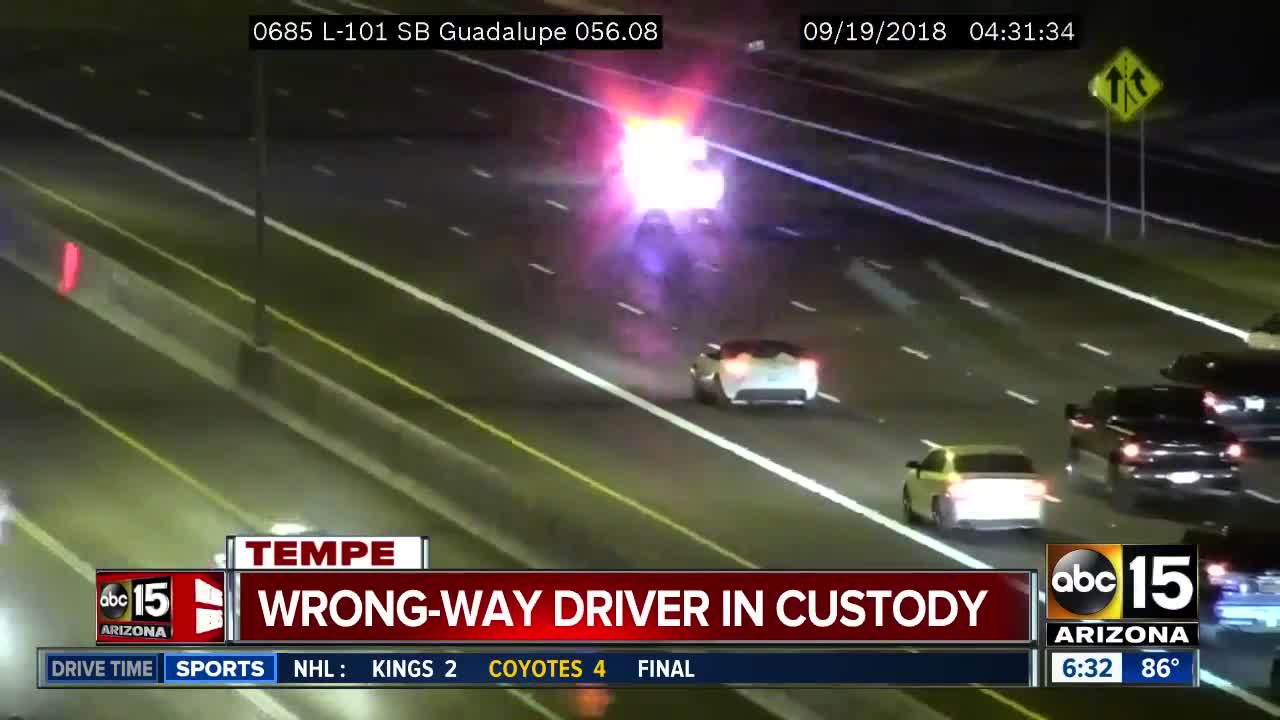 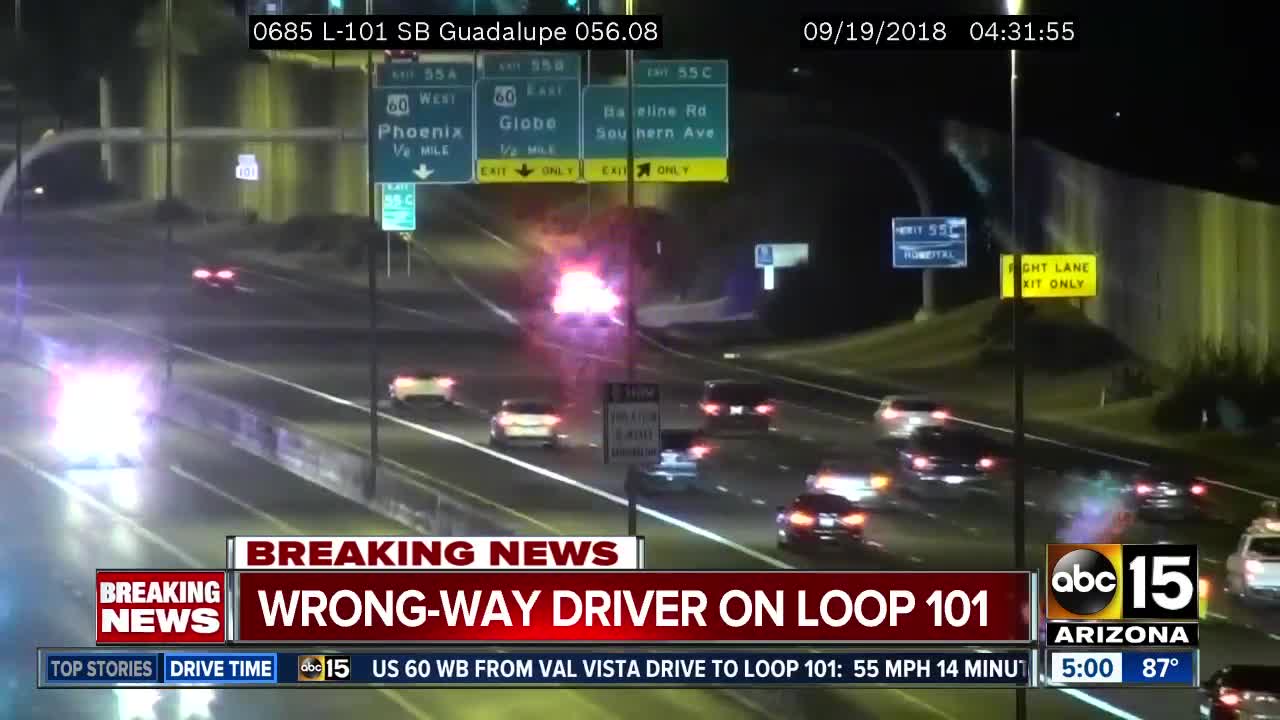 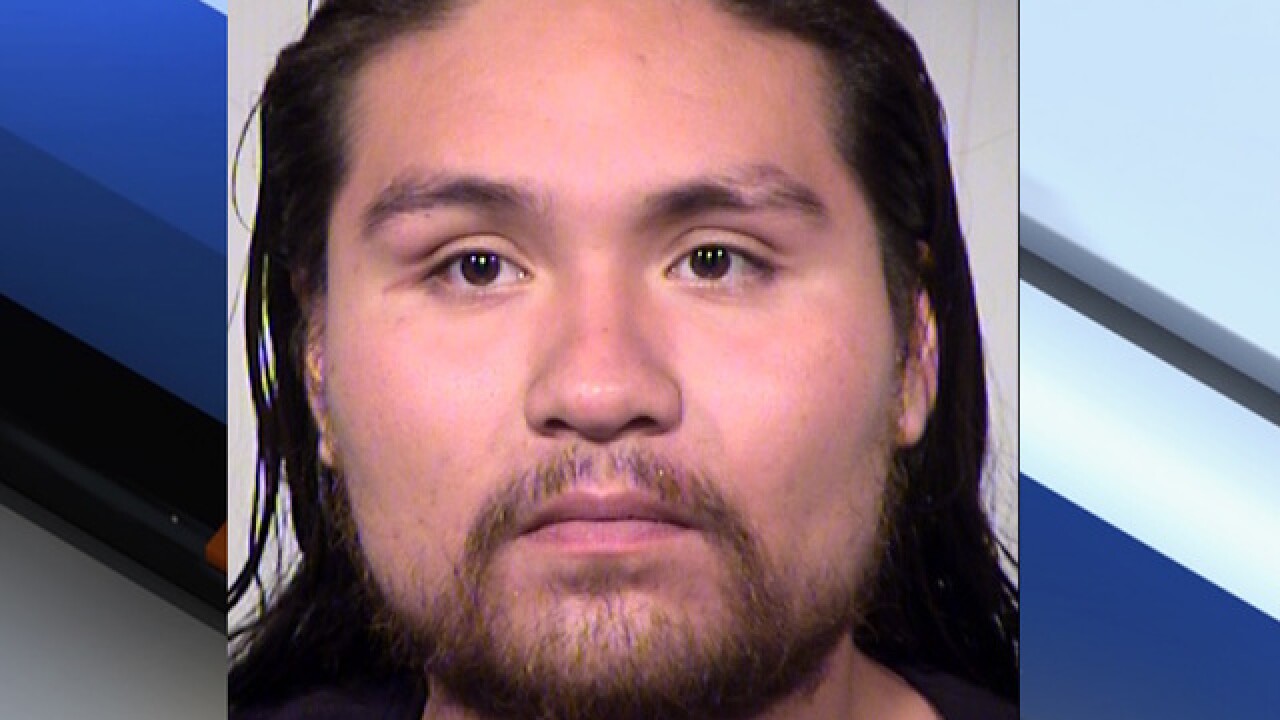 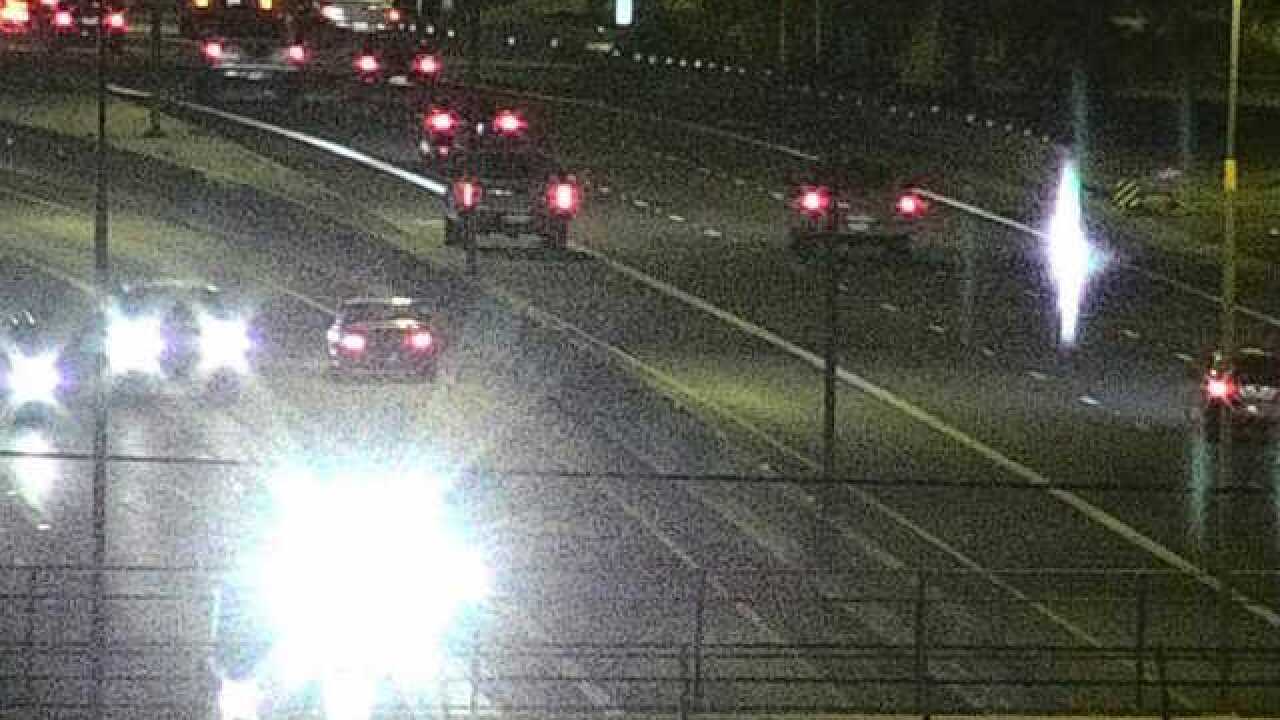 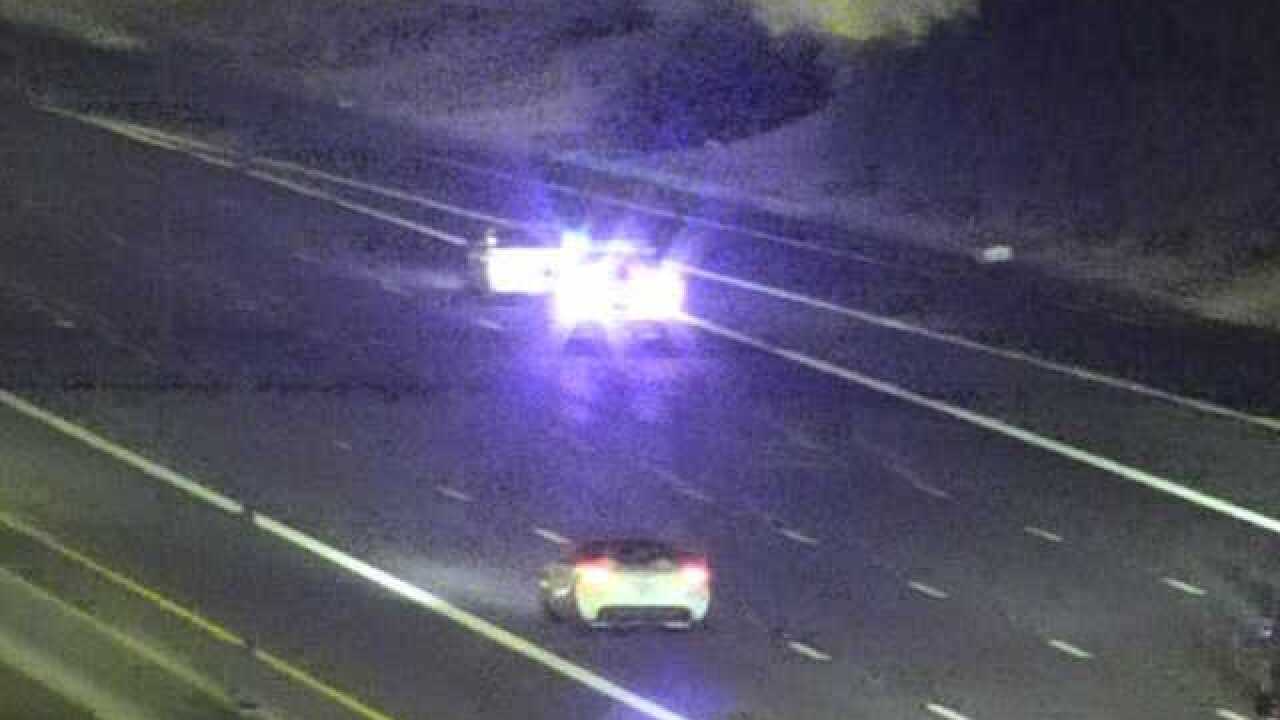 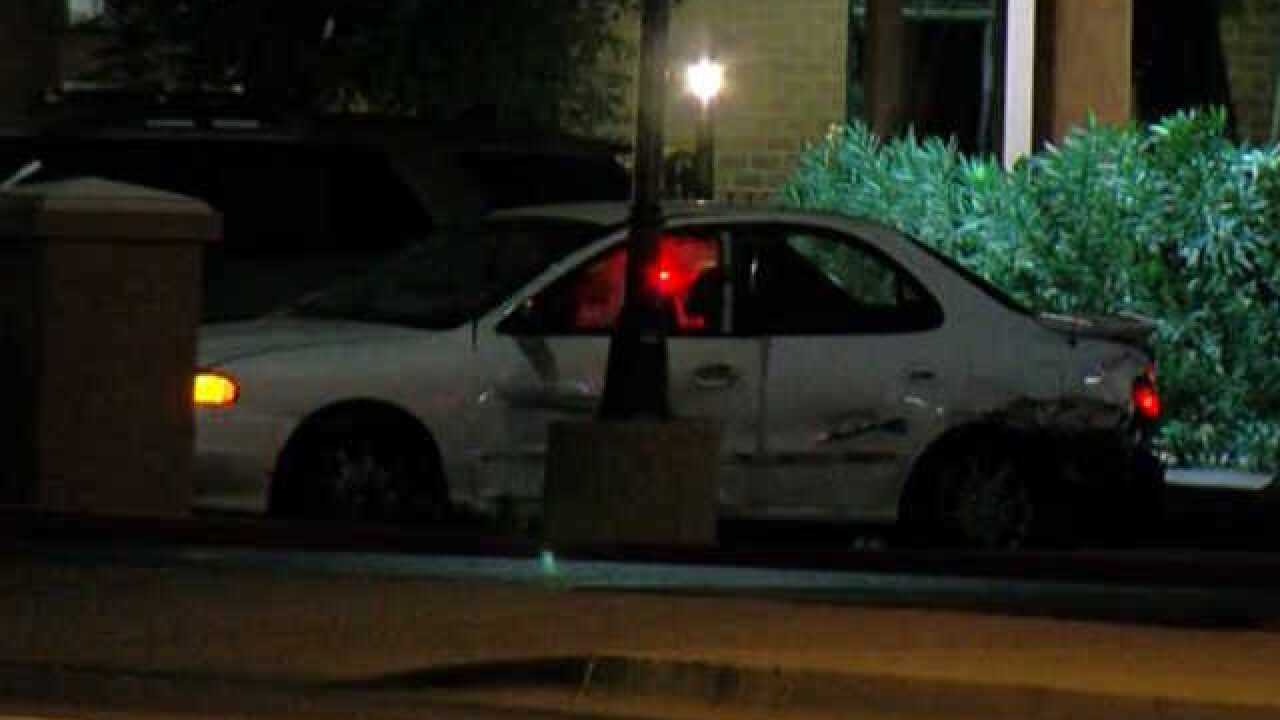 A man is suspected of driving under the influence after he was seen Wednesday morning traveling the wrong way for nearly eight miles on Loop 101.

According to the Arizona Department of Public Safety, the incident began around 4:24 a.m. when callers reported the driver, 21-year-old Nelson Sapata, headed southbound in the northbound lanes of Loop 101 near Thomas Road.

Traffic cameras captured video of Sapata's vehicle in the HOV lane, headed right toward oncoming drivers for several miles until troopers caught up to him near Guadalupe Road. Video showed the vehicle turning around right in front of a trooper and exiting the freeway.

DPS says an officer was able to stop the car off the freeway and Sapata got out of the vehicle with his hands up. However, Sapata then got back in the car and continued on into Tempe on surface streets.

Sapata appeared to be following traffic laws aside from not stopping for officers. Along Guadalupe Road, Sapata attempted to make a U-turn at Kyrene, hitting the bumper of a patrol car, causing minor damage.

At Mill Avenue, officials used a PIT maneuver to stop Sapata. DPS says he was found to have a local warrant out for his arrest.

Impairment is suspected in the incident, but the investigation is still underway.

DPS says Sapata was traveling on Loop 101 for a total of eight miles in the wrong direction. Fortunately, no injuries were reported.

Sapata was taken into custody on two counts of aggravated DUI, aggravated assault on a law enforcement officer, unlawful flight, and three counts of endangerment, according to DPS.

This is the 30th media-reported wrong-way incident in the Valley in 2018.

RELATED: Red light on I-17 ramps could signal wrong-way driver