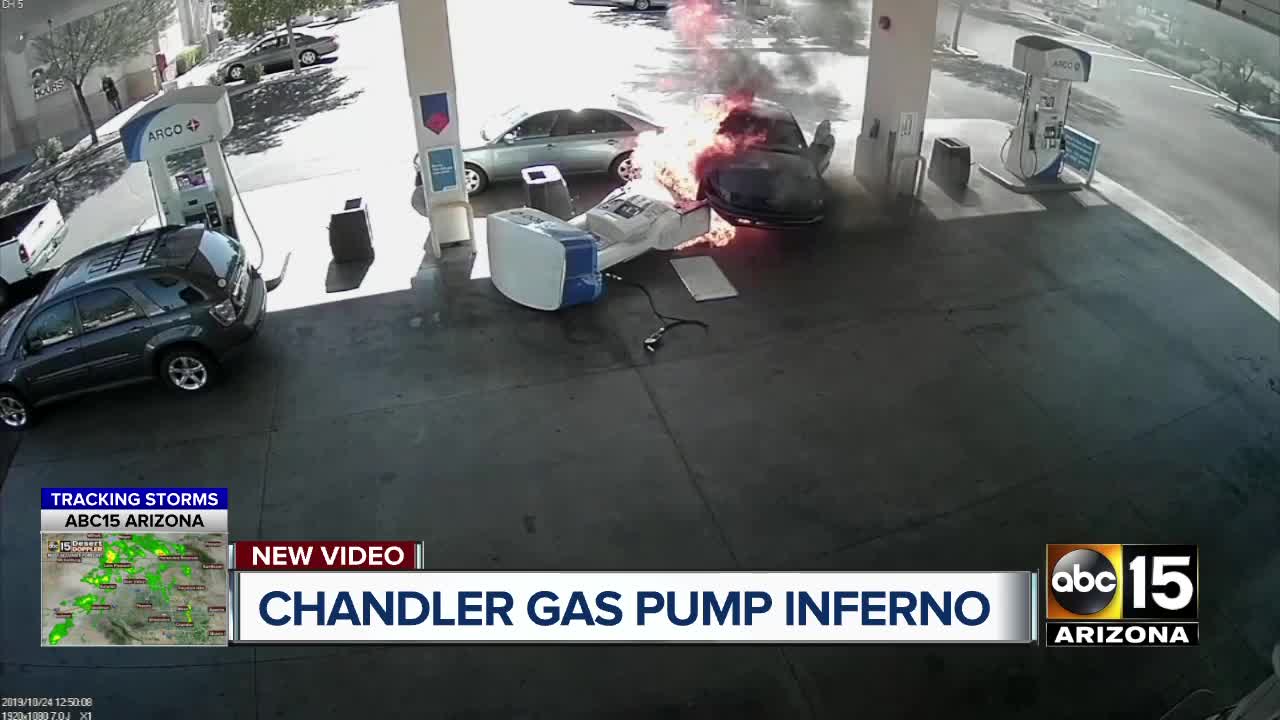 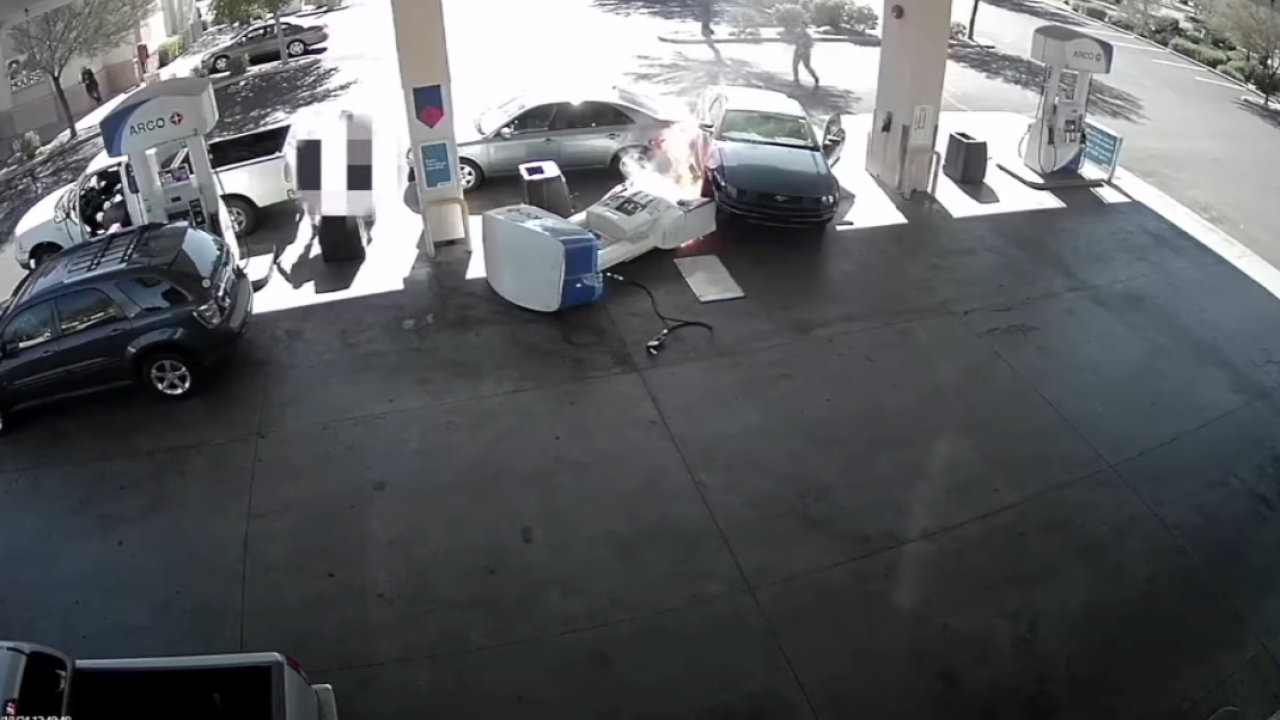 CHANDLER, AZ — New video has been released after a drunk driving suspect caused a fiery crash at a gas station in Chandler last month.

Police officials say the incident started when the man pulled up in his vehicle to use a gas pump but realized he had his car turned the wrong way.

The man, identified as Clemente Torres, got back into his car and "slammed the gas pedal," causing him to spin out and strike the gas pump. Officers said this ignited the pump, which caused the fire.

"It's kind of like your gas grill, and you have the propane on too long before you light it up, "said Robert Waite, who witnessed the incident. Waite says the flames were instantaneous and that a woman pumping gas a few feet away looked like she was engulfed in flame.

A woman sustained burns and was hospitalized after the fire near Alma School Road and Chandler Boulevard.

After crashing, police say Torres ran from the scene. Police eventually located him on his way to a DUI court hearing for a previous DUI.

Torres admitted to being "upset" before the crash. He allegedly had a .241 BAC level after being taken into custody.

According to court paperwork, Torres was booked for aggravated assault with a deadly weapon, criminal damage, endangerment and leaving the scene of a crash.