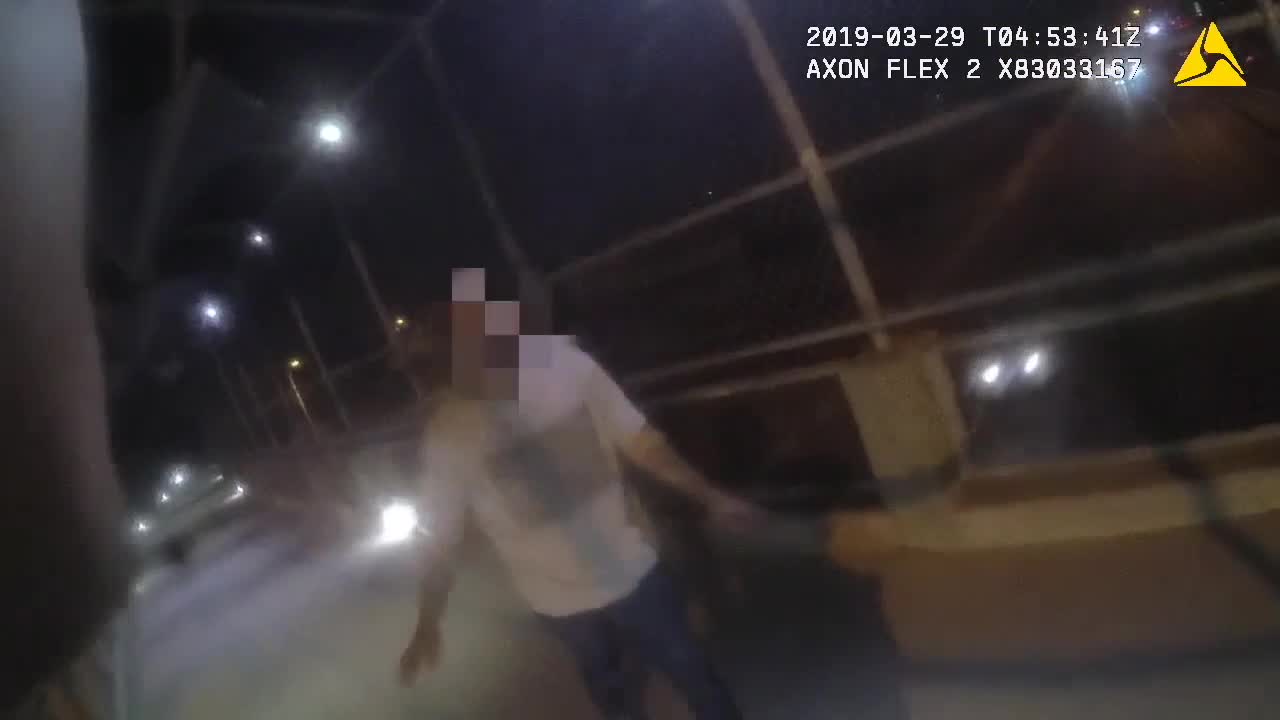 Chandler police are sharing a touching moment between an officer and a man who was attempting to harm himself on a freeway bridge. CHANDLER, AZ — Chandler police are sharing a touching moment between an officer and a man who was attempting to harm himself on a freeway bridge.

The body camera video from March 2019 shows an officer standing on a pedestrian bridge over the Price Freeway. On the other side of the fence, right above traffic, is a 26-year-old man.

“Just come up here, buddy,” Officer A. Little tells the man on the video. “I’ll hug you man, I don’t care.”

For several minutes, the video continues with the officer talking with the man, hoping to get him to safety.

Finally, the man climbs back over and comes toward the officer.

“Give me a hug,” the officer says, and the man walks into his arms and breaks down in tears. The officer invites him to walk back to his car and tells him he can put his arm around him.

“While this incident is extraordinary, the compassion Officer Little showed is a common occurrence with the men and women of the Chandler Police Department,” the department said online.