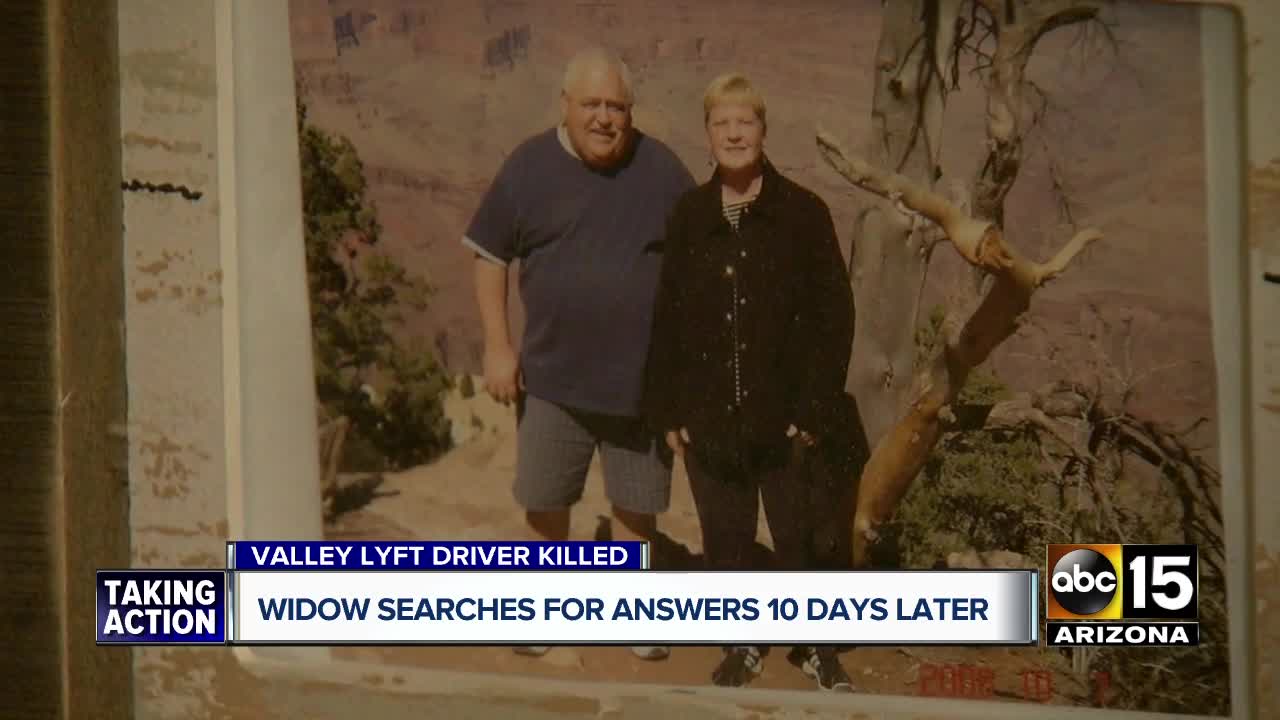 Grandfather shot and killed while driving for Lyft. 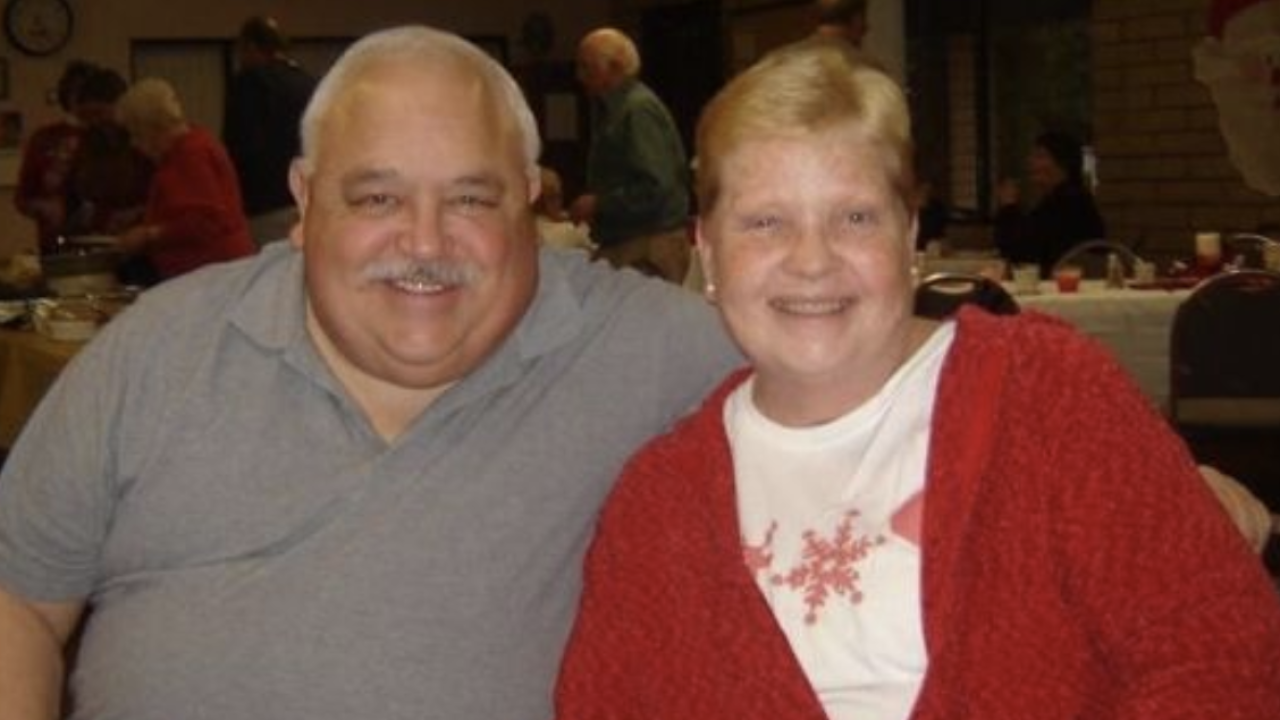 PHOENIX, AZ — A Valley woman is looking for answers after her husband was shot and killed while driving for Lyft last week.

Harold Treadwell was hit by what investigators believe was a stray bullet. The 71-year-old died near 32nd Street and Baseline Road on July 28.

Phoenix police say they still do not have good leads on a suspect and are asking for any witnesses to come forward.

Frances Treadwell called her husband "cowboy." "I mean he was my best friend. I was a senior in high school, he was in college," she said, reminiscing on their love story.

The two met in Indiana and spent their lives having two kids, and multiple grandkids and great-grandchildren. "He was the best of the best," said Francis.

Frances and Harold moved to Arizona in 2003. She told ABC15 her husband lived out their wedding vows every day of their marriage. "I've been sick over the years, he has always taken care of me," said Frances.

The grandfather was driving overnight for the rideshare company Lyft when the shooting happened. He had been driving for the past two years to make a little extra cash so the couple could take more trips to the Grand Canyon.

"It was our 52nd anniversary that day. We were going to go out to dinner and to the movie, and then to the Grand Canyon in a few weeks," she said.

The high school sweethearts talked on the phone at 12:28 a.m. "We said, 'Happy Anniversary.'" It ended with, "'Love you, honey, stay safe!' I always said stay safe," recalled Frances.

Five minutes later, at 12:33 a.m., the first 911 call came in about a car wreck. Harold was found dead inside his Camry. Investigators believe a stray bullet likely hit the great grandfather.

"When we got the death certificate it just said, 'gunshot to head, homicide,'" said Frances. "You just think you are in a nightmare, and you think you're going to wake up."

Phoenix police spent hours at the scene and many more since, but there have been no arrests and few tangible leads.

"There are no witnesses, and I would just ask anybody, did you hear a shot? Did you drive by a car that was speeding? Did you see somebody acting weird? Please come forward," said Treadwell.

Every day has brought new pain. "I keep thinking I'm going to see him walking down the driveway and walk in the back door," she said.

Frances knows that won't happen though. "I talk out loud, 'Where are you? I need you.'"

She says one day they will be together again, in heaven, and their favorite place on earth.

"My son, in our will, has to spread our ashes together in the Grand Canyon. He's going to have to wait on me," said Treadwell.

Frances said she is so appreciative of everyone who has reached out and donated to her GoFundMe. account. She says every penny will help because Harold did not have life insurance and his monthly social security check will no longer help with utilities and rent.

She also says she wants other rideshare drivers to be careful, trust their gut, and know that if trouble happens, "they are on their own."