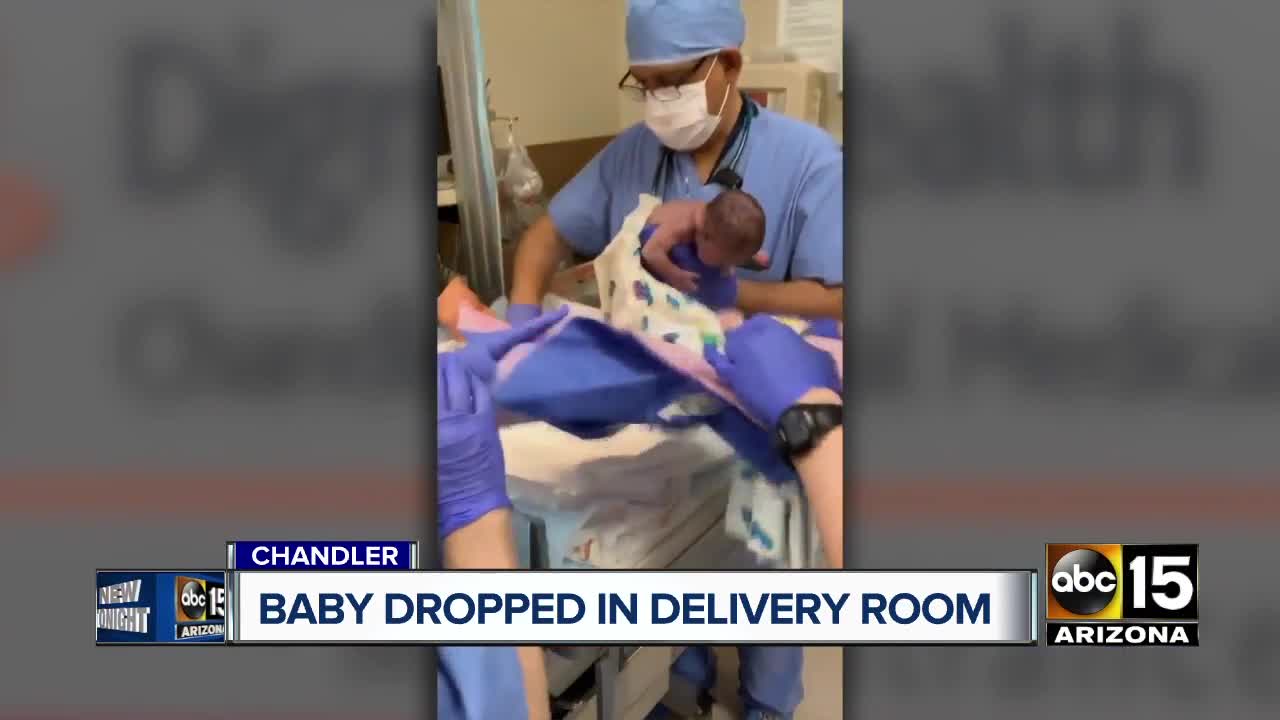 A Valley couple is speaking out after posting a video on social media showing a hospital employee dropping their newborn baby in the delivery room. 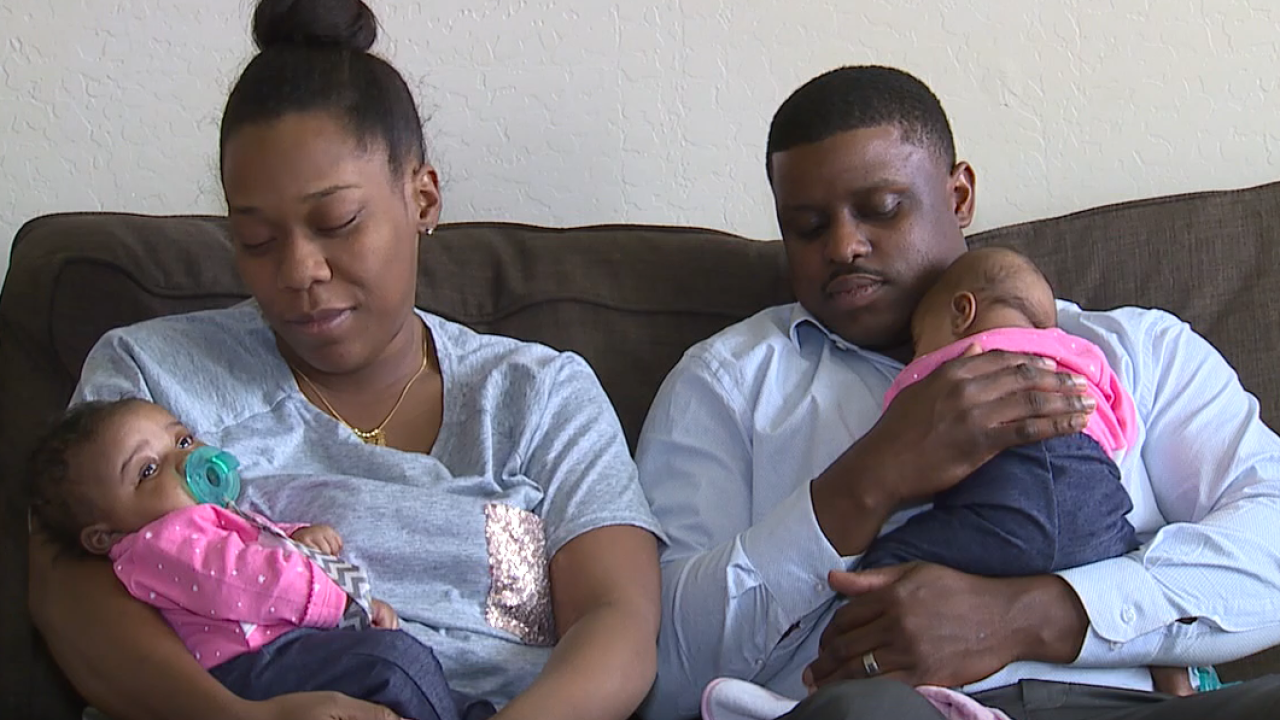 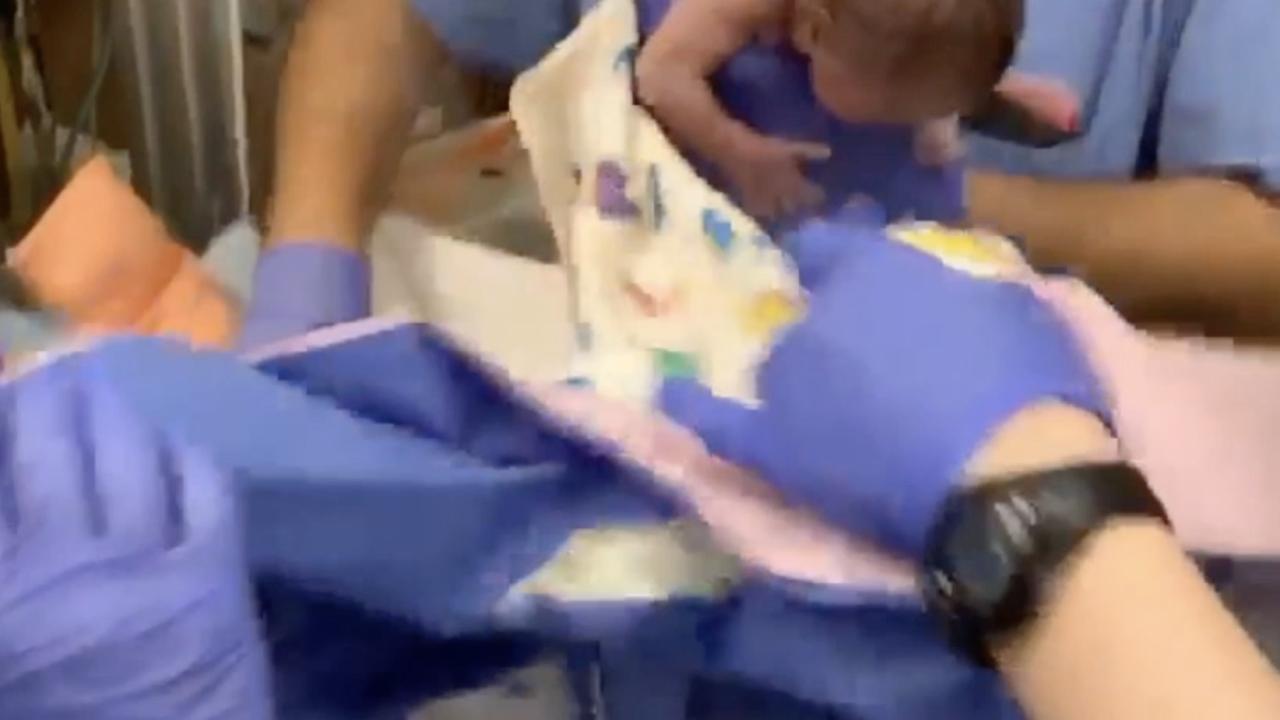 CHANDLER, AZ — A Valley couple is speaking out after they posted a video on social media that shows a hospital employee dropping their newborn baby in the delivery room.

The incident happened at Chandler Regional Medical Center. The premature twin girl fell out of an employee’s hand and landed on a table just seconds after she was born.

The child's parents posted the video on Facebook because they were frustrated with the lack of answers and apologies. In less than 24 hours, the video has been shared more than 100,000 times and viewed well over one million.

Derrick and Monique Rodgers are like any parents with newborn twins.

“They keep us up at night,” Monique said, chuckling. “They’re a lot of work."

The twin girls, Morgan and Madison, were born on Valentine’s Day just minutes apart. The same day years earlier, their father had proposed to Monique.

Both parents say the birth of their daughters was one of the happiest days of their lives, except for the one moment they cannot seem to shake.

“I kind of promised myself that I would never watch that video again,” said Monique.

The video shows Morgan, who weighed three pounds and four ounces, falling from a hospital employee’s hand onto a table. Nearby nurses helped grab the baby, preventing her from falling off the table and onto the floor. The entire incident lasts a few seconds.

Derrick was recording the whole incident, excited to capture the memorable moment on video.

“It made me so mad. Like, I had to stop recording,” he said.

The father later confronted the doctor he says was holding Morgan at the time of her fall.

“I told him, ‘You dropped my baby,’” Derrick said, recalling the encounter. “He had like a nonchalant look on his face. Then I showed him the video, and he had nothing to say after that.”

An ultrasound roughly one week later revealed Morgan had “a grade one germinal matrix small bleed.”

The family told ABC15 they were not made aware of the ultrasound until more than six weeks after it was completed.

The “small bleed” was basically a tiny hemorrhage of the brain. A former NICU nurse told ABC15 they are somewhat common in premature babies, and will not lead to any long term negative effects.

The nurse practitioner also said accidents happen in the chaotic delivery room environment, especially when doctors are looking to ensure a premature baby is breathing and responding like a normal infant. She said that while the video appears shocking to the public, the fall was relatively minor and did not appear to cause the child harm.

Derrick and Monique admit, aside from being small, Morgan is doing well. They say the one thing that concerns them is her propensity for shaking.

“She does this like tensing up and her body kind of shakes,” said Monique.

Both parents want to know what is causing the shaking and if it is permanent.

The parents of four are hopeful their smallest daughter will grow up healthy and happy, but they want the hospital staff to be more careful and learn from this mistake.

“You know, an apology when it happened could’ve gone a long way,” said Monique.

Because of patient privacy laws and a request from the family not to release information, we are unable to comment specifically on this matter. The safety of our patients and their families is always our top concern. The medical team at Dignity Health Chandler Regional Medical Center takes this matter extremely seriously and is working to conduct a comprehensive review.