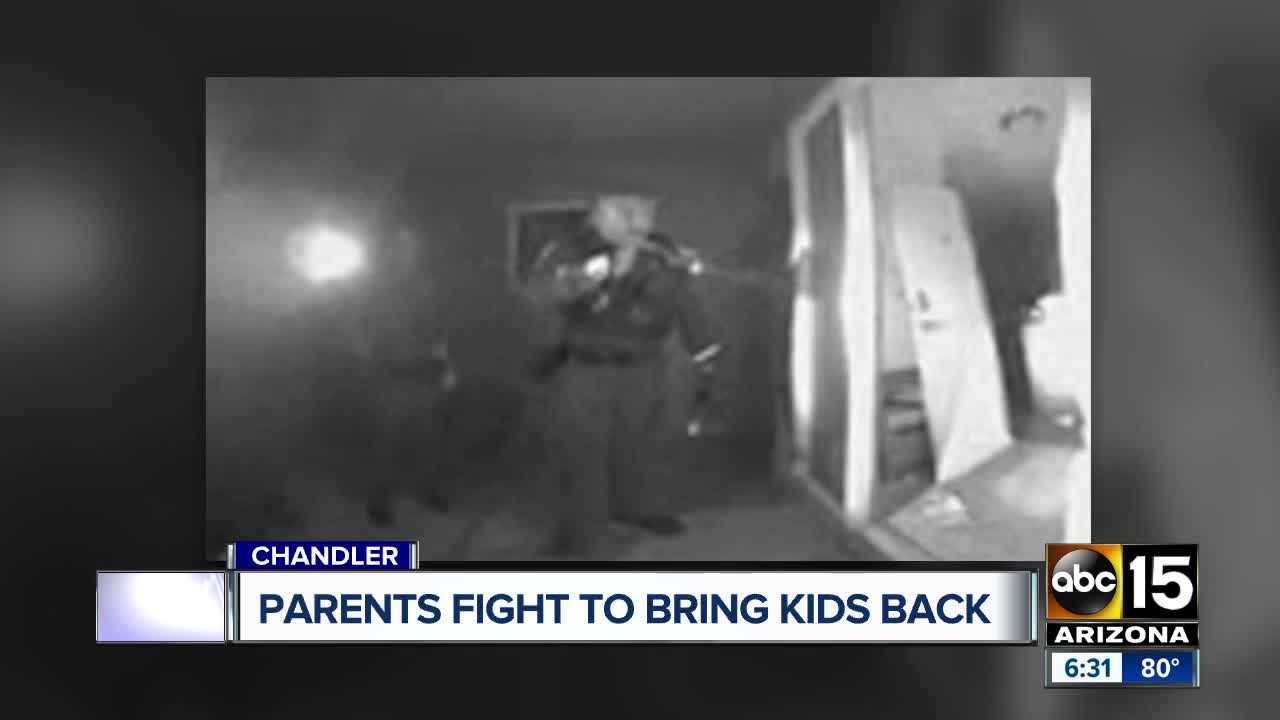 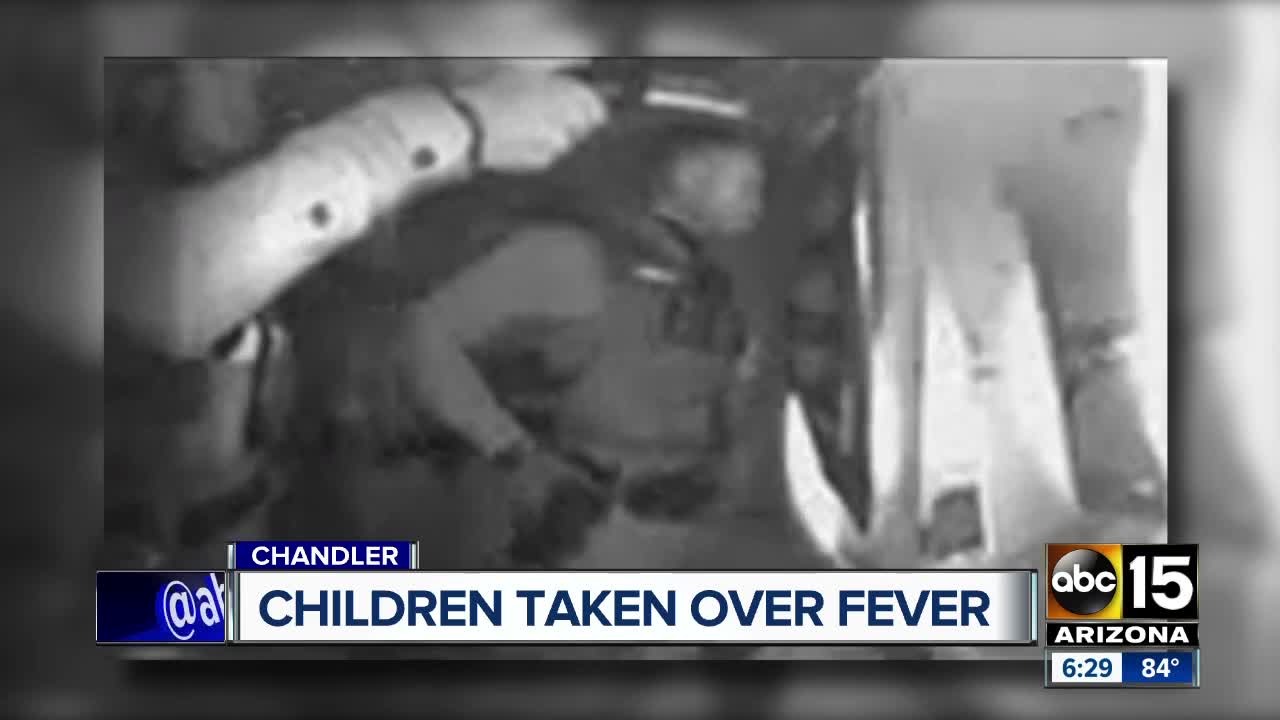 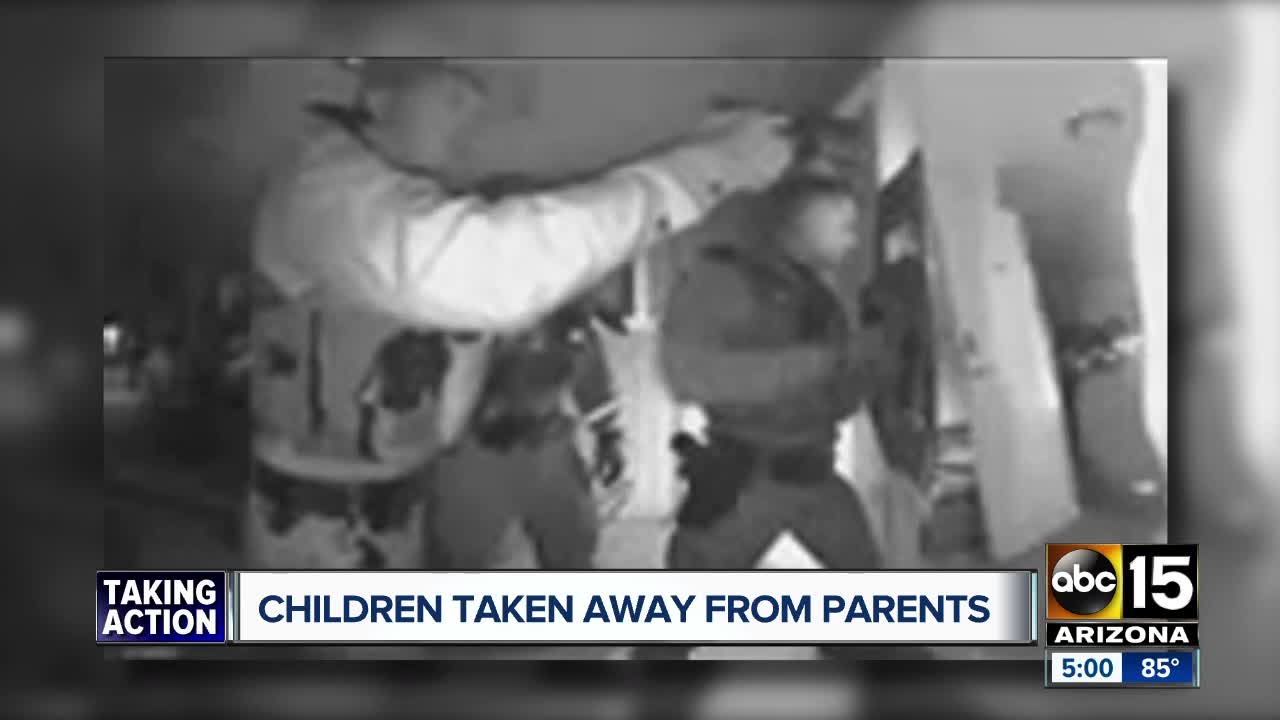 The officers were there for a 2-year-old boy who was believed to have an extremely high fever.

Townsend, a Republican in District 16, played a big role in getting legislation passed requiring the Arizona Department of Child Safety to get a search warrant to remove children from their home in a non-emergency situation. Townsend says she never thought this would be the result.

Townsend says this all started back in February when the parents took the 2-year-old-boy, who isn't vaccinated, to a naturopathic doctor for a fever of about 105. The doctor instructed the parents to take the infant to the emergency room but after the doctor's visit the child's fever broke, so they never went.

"All because of a fever. A fever! It's absolutely ridiculous," said Nicholas Boca, the family's attorney. "That type of kicking your door in, with guns drawn... it should be reserved for violent criminals."

"At that point who now owns control over the child?" asked Townsend. "And it seems like we've given that now to the doctor and the parent no longer has the say or they risk the SWAT team taking all of your children and potentially the newborn."

Townsend says she can see both sides on this story: a concerned doctor and protective parents, but she's questioning how it was done and the amount of force used.

"We need to admit that this situation was a mistake," said Townsend. "There are other situations where there is neglect, there is abuse and that's what we need to focus on."

ABC15 asked DCS for a comment on why such force was used. DCS said it's not able to comment on the case specifically because of privacy laws.

Townsend told ABC15 the child actually had an upper respiratory infection, not meningitis like the doctor had feared.

The Chandler Police Department says DCS obtained a search warrant and asked for their assistance entering the home, but says they used regular officers and not SWAT officers.

The parents are fighting to get their kids back.

"They have a good family. And this is a waste of state resources," said Boca.